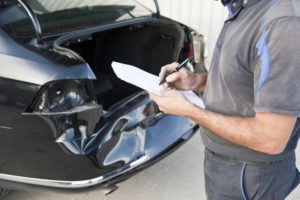 Insurance companies have cited the significant effects of inflation and other expenses on their cost of doing business in their filings with state insurance departments, and, as Allstate recently put it, see no reason why regulators should not approve their “justifiable and supportable” premium increases.

Rate increases are “less a political issue than it is a reality issue of looking at the numbers and what is the justifiable and supportable rate increase,” Allstate CEO Tom Wilson told investors last month. “We’ll have pushback in places, and we’ll have discussions and give and take. But overall, we’re getting the rates that we need, and we’re going to continue to do that.”

And yet the insurance industry has worked to suppress auto body labor rates, characterizing the action as part of its efforts to control costs for those same consumers whose premiums it has raised.

For example, Allstate has told investors it is “broadening strategic partnerships with part suppliers and repair facilities to mitigate repair costs” as a way to “mitigate loss cost pressure for our customers.”

The creation of a special commission to examine auto body labor rates in Massachusetts has thrown a spotlight on the insurance industry’s perspective on labor rates. Christopher Stark, the executive director of the Massachusetts Insurance Federation, told state lawmakers that market “supply and demand” is responsible for holding the labor rate there unchanged over the past 30 years. 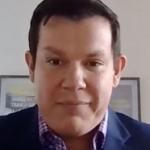 Since 2000, “we have had a decrease in 22% in the number of our accidents, but we’ve only seen a decrease of about 5% in our total number of shops in the state,” Stark told legislators. He reasoned that an increase in competition had led more shops to accept direct repair program (DRP) agreements with insurers, suppressing the average labor rate.

Pressed on whether he believes that it “makes sense” that the labor rate in Massachusetts has increased by just $10 since 1988, Stark refused to give a yes or no answer. Instead, he turned repeatedly to the concept of “total labor cost” per repair bill, arguing that Massachusetts’ numbers were in line with the rest of New England’s.

“Statistics don’t put food on the table, pay for people’s rent, pay for their health care,” said Evangelos “Lucky” Papageorg, the executive director of the Alliance of Automotive Service Providers of Massachusetts (AASP-MA). “We have to look at it from a commonsense standpoint.” 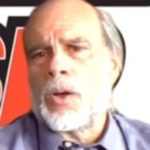 “The argument that there’s too many shops in Massachusetts has no bearing on what it costs to run the business in Massachusetts. If there were fewer shops, the cost to run those businesses, heat, insurance, property taxes, everything else making Massachusetts be the fifth highest in the country to run a business would not change. We would still need to have a fair and equitable rate of reimbursement that would allow for being compensated enough to cover those costs and the increase associated with them.”

The effects of inflation have been well documented. Nationally, consumer prices are up 7.5% over the year ended January 2022, putting the squeeze on businesses and households everywhere. According to the federal Bureau of Labor Statistics, this was the biggest jump in a 12-month period since February 1982, with food prices rising 7.0%, and energy prices up 27.0%.

These higher costs affect all businesses, regardless of scale. Asked about indications that it had adjusted its posted rates in major metropolitan markets, Caliber Collision issued this statement to RDN:

“The entire collision repair industry is facing unprecedented challenges including substantial skilled labor shortages, double-digit inflationary pressures and supply chain difficulties. These factors are in addition to the continuing industry trend of increased repair complexity and the need for our industry to evolve. Consistent with our purpose to Restore The Rhythm of Our Customers’ Lives, Caliber is closely working with our valued carriers and other industry partners to successfully navigate these challenges together to ensure the sustainability of our industry.”

In California, the CPI has risen by 11.3% over three years, according to the state’s Department of Industrial Relations. “Costs everywhere are increasing, while shops in many cases are being limited to what they can charge by insurer’s labor rate surveys,” notes the California Autobody Association. “This in turn is causing collision workers to seek employment in other industries where their wage is not as limited. More than ever before, it is an ’employee’s market.’”

CAA provided its members with a link to the state’s CPI calculator, at www.dir.ca.gov/OPRL/CPI/CPICalculator/CpiCalculator.aspx.

“Labor rates can be a can be a very simple topic, or you can get your Ph.D. in labor rates and just go a mile deep because it’s really a mess,” said Sam Valenzuela, president of National AutoBody Research (NABR), which runs the LaborRateHero site, www.laborratehero.com.

LaborRateHero conducts an ongoing survey of collision repair shops, asking them to fill in their labor rates and other information. The results are searchable by ZIP code and provided at no charge.

“One thing we’re trying to do here is to help the industry with proving out that market rate, because we know from our experience and observation insurance companies don’t really pay market rates, they pay discounted rates,” he said. “Some of those might be by a legitimate business contract from a DRP or direct repair program, but oftentimes what we see is the insurers are essentially trying to impose that rate on everybody else that they don’t have a contract with.

“When an insurance company says the prevailing rate is $50, or whatever they say, that’s probably a lot closer to their DRP rate, or their discounted contracted rate, than it is to a true market rate that customers will pay.”

Valenzuela cited Massachusetts as an example. “I mean, there’s not a clear logic where you can explain why the state is getting paid $40 [the lowest rate in the U.S.] when they’re the highest cost-of-living state in the United States. That’s a really big inconsistency.

“From an index perspective, if you look at the cost of living index, or a state-by-state or market-by-market basis, labor rates don’t follow that. So my conclusion is insurance companies are not using that,” he said. “Ultimately, my only conclusion is, after doing this [data collection] for many years, insurers are just trying to pay the rates that they want to. I’m not sure it’s really more sophisticated than that.”

Some in the repair industry believe the insurers have it right — at least when it comes to figuring out their own rates, and adjusting them when costs rise, as any well-run business might.

“I think the biggest misconception in this industry is that collision shop owners think they need to wait for someone to approve their new rate,” said John Mosley, owner of Clinton Body Shop and Clinton Body Shop of Richland, Mississippi.

Mosley’s approach is to “come up with a fair labor rate,” based on his shop’s unique financial picture, and to inform the insurers he works with and his customers in the marketplace. 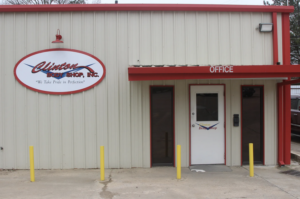 “They know. They all get a raise once a year,” he said.

With increasingly complex vehicles, labor shortages, and other challenges, “every insurance company knows what we’re facing.”

In fact, Mosley shared with Repairer Driven News an email exchange he had with an insurance representative, notifying them of Clinton Body Shop’s new, higher rates. (RDN has chosen not to identify the appraiser or the insurer, at Mosley’s request.)

“Attached are our current labor and material rates (effective 1/10/2022) along with several facilities in the surrounding area (found at laborratehero.com). You can see the dates that the rates were updated and it shows we weren’t the first and we are not the highest in our area,” the email reads.

“The last rate increase that we had was April 2014, 8 years ago. Insurance premiums have gone up every year, the cost of materials increased, the cost of living increased, cost of supplies, cost of gas, etc. We told everyone that we were raising our rates in April of 2020, but we postponed that rate increase because of Covid/Coronavirus and everything caused by that. We cannot postpone it any longer. The insurance industry raises premiums across the board every year even though the price of repair labor has not increased, yet we always hear the same thing ‘we (shops/labor rates) are the reason for premiums increasing’, we are the ‘only ones’, we are the ‘highest in the country…’, or ‘it will total everything’, etc. These attachments will show that we are not the only ones, we are not the highest, we aren’t the first (look at the dates that these rates were posted), and since our rate increase 5 weeks ago nothing has totaled because of the rate increase.

“If you would like, we have rates from all over the country that show the same thing, we aren’t the first, we aren’t the highest, and we aren’t the only ones. Most of the repair facilities that we checked have very few certifications, if any, and most of these places are also in rural areas, the labor rates range from $76 – $130.00 across the country. Repair facility labor rates should actually be a little different because of certifications, training, equipment, insurance, cost, etc.. All insurance companies don’t have the same premiums yet they all offer the same service…”

The insurance representative replied, “Completely understandable. Your documentation was sufficient for me to be able to justify the rate increase. Thank you for providing that…. Going forward, on my claims, just let me know you’ve added your rate documentation and I’ll know to approve those rates for you.”

Mosley said part of his approach in calculating his rates is to write down the goals for his shop, which certifications he might want the shop to pursue, the equipment and training costs, and associated return, and then “make the decision from there.”

He said Clinton informs its customers of its rates — in fact, the shop takes out ads when it changes them — and is upfront about its use of only OEM parts and OEM repair procedures, and why it does so. Insurers will not always agree to pay his labor rate, which results either in the customer being billed for the balance or the loss of a job.

“We tell them to ask their insurance company, ‘Why are you not willing to pay them to repair my vehicle properly?'” Mosley said. “We are not afraid to go to court with a customer.”

“You can’t be afraid to run your business like a business,” he said.

“In this in this industry, it’s really just quite messy, but I do think the solutions are quite simple. They’re just not easy,” Valenzuela said.

Valenzuela acknowledged that forcing owners to dig into their own pockets to make up for underpayment by insurers may cause them some economic pain, but might also lead to complaints to insurers, regulators, and legislators. “And now all of a sudden you have a lot of people getting a lot of complaints from customers, that their insurers are not covering them properly. That tends to be how things get noticed,” he said.

The Society of Collision Repair Specialists (SCRS), in its “Member Guide to Antitrust Law Compliance,” suggests that shops “compete vigorously, but fairly and honestly by avoiding any conduct that could be perceived as having the purpose or effect of raising prices or limiting consumer choice.”

Both Mosley and Valenzuela maintained that a shop setting its own rate, using sound business practices, is the antithesis of antitrust because it will result in different rates for each shop. “It’s just a business making the right decision for their own individual business,” Valenzuela said.

Results for a LaborRateHero search of auto body labor rates within a 10 mile radius of ZIP code 60609. (Screenshot of laborratehero.com)

The office of Clinton Body Shop. (Provided by Clinton)