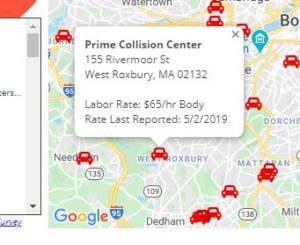 A look at the site Thursday morning reveals local facilities’ body rates and the date they last submitted data to NABR. However, data on other rates (for example, paint or frame) weren’t present. One can search up to a 15-mile range around a particular ZIP code.

Valenzuela said NABR was considering adding more rates, but he said data indicates that body and refinish rates are about the same. That means the rate visible now on LaborRateHero covers about “80 percent of the hours” billed during a repair.

Valenzuela said the free LaborRateHero site — which is subsidized by sponsorships — was “a different business model” than NABR’s subscriptions, which provide more detailed information.

NABR’s news release mentions customers using the resource. Valenzuela said the company recognizes shops have more utility for it but intends it for insurers, shops and consumers as “just one singular place to go” for a market rate.

“We will be optimizing the site,” Valenzuela said. He said the company will invest some time and money marketing it to consumers.

“Consumers have no idea what this stuff costs,” he said.

NABR’s goal was to offer the equivalent of a gas station “with their sign out on the corner,” Valenzuela said. You knew the price before you started the transaction. 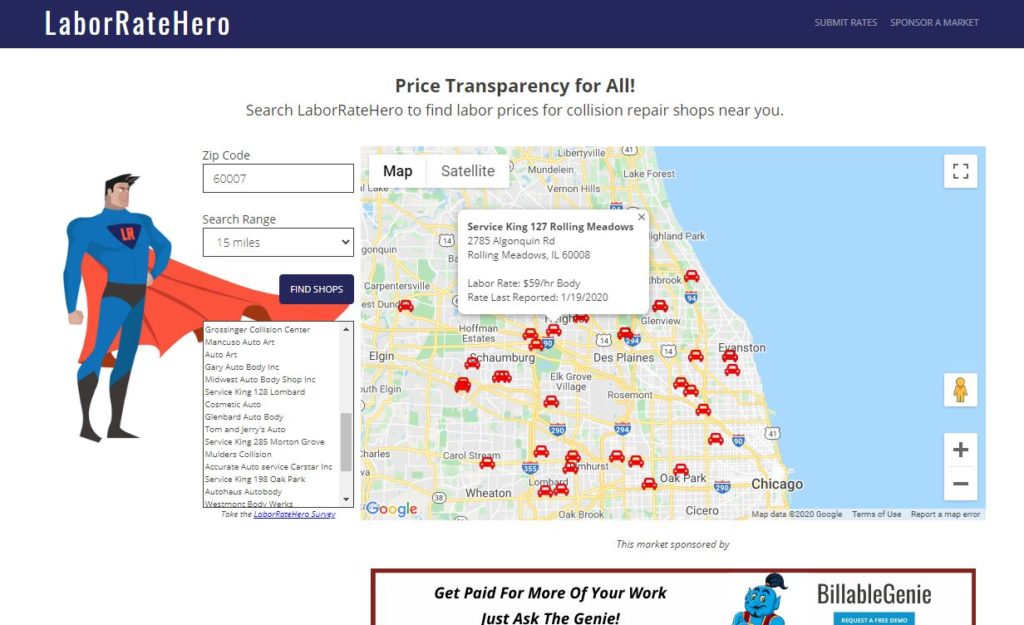 It’s kind of interesting to poke around various markets and see what shops are reporting. Even national franchise brands and consolidators can be found on there — and they’re not necessarily the cheapest in the market.

The site also reveals the sheer amount of shops which can be found in a 15-mile range around certain locations. This both exposes the absurdity of insurers attempting to claim larger areas as the market and allows a repairer to make a case to a customer one’s rates are “reasonable” for their true local market.

“LaborRateHero achieves two major breakthroughs for the collision repair industry,” NABR President Sam Valenzuela said in a statement Wednesday. “First is price transparency. That is an absolute requirement for a free market economy to function properly.  And this industry needs a much better understanding of market prices. LaborRateHero enables this and helps every market get to the right range of labor prices for that area. 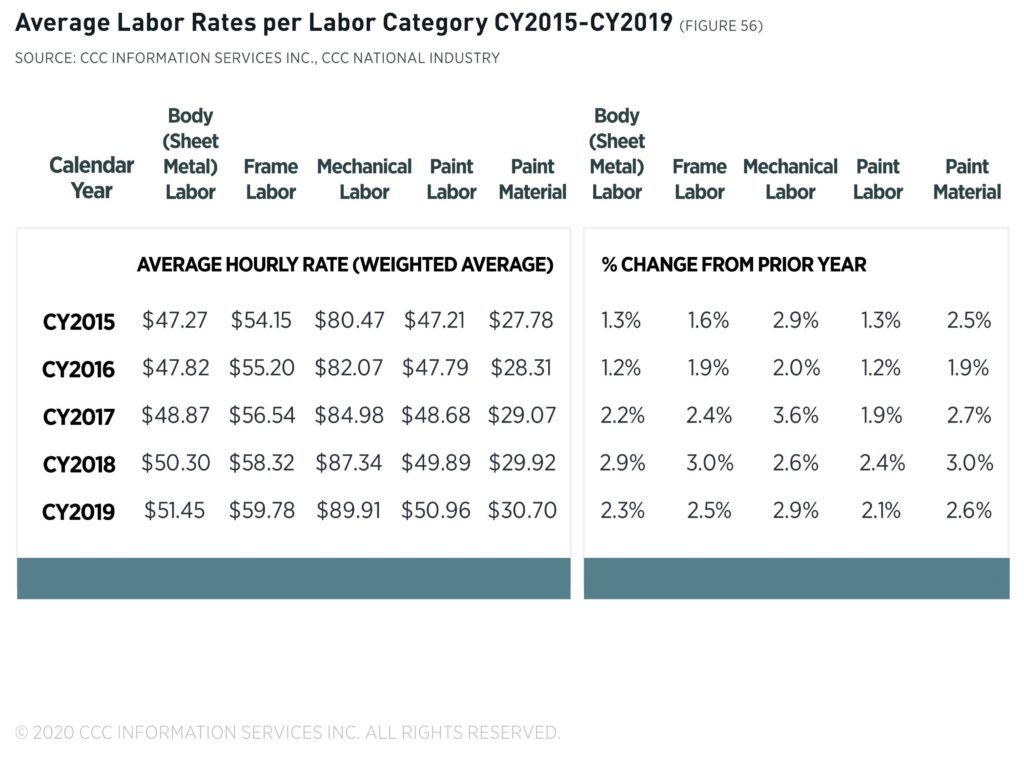 The survey polls repairers about their posted rates, “sometimes referred to as your retail rates, door rates, or walk-in rates. DO NOT enter any discount rates, such as DRP, fleet, or wholesale rates.” (Emphasis NABR’s.)

While it’s not a perfect match in all cases, “it’s very, very close.” He estimated that more than 90 percent of customer-pay work was charged at the door rate in the data he’d seen. Any discounts of the door rate for out-of-pocket customers were “exceptions that prove the rule,” he said.

This wasn’t surprising, he said. “The labor is such a bargain,” he said. He said he doubted any consumers would “cry” about it.

Valenzuela in a 2018 guest column wrote: “Remember, there is no rule that says you can only set your labor rates once per year. Prices can change at any time for any reason, and because markets and businesses are dynamic, labor rates can and do change continually throughout the year. We advise shops to consider their labor prices several times per year as their business evolves, cost structure changes, and investments are made.  They can change rates as often as they need to.”

(ATTORNEY ALEXANDER KLEIN). … How was the $120 an hour labor rate determined?

A. Would be a good base labor rate.

Q. Given the expenses?

A. The expenses, the employees, the facility, the overhead.

(Technically, Mid Island testified its door rate was $175, though it negotiates it.)

CCC 2020 “Crash Course” data shows body and paint labor rates consistently within a dollar of one another between 2015-19. (Provided by CCC)