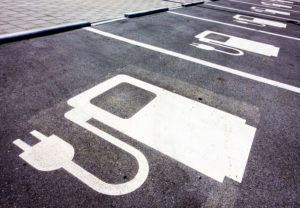 Two states last week advanced bills of an opposing nature – one in Minnesota that would stop a state agency from pushing electric vehicle (EV) sales and the other in Washington aimed at only allowing the sale and purchase of new EVs by 2030.

By adopting California’s vehicle emissions standards, the Minnesota legislature declared the state a section 177 state under the federal Clean Air Act, meaning its standards are stricter than those set by the Environmental Protection Agency. Senate File 3065, recommended for passage 4-3 by the Senate Committee on Environment and Natural Resources Policy and Legacy Finance on March 9, would repeal the Minnesota Pollution Control Agency (MPCA)’s rulemaking authority over vehicle emissions standards in the state, according to bill sponsor Andrew Mathews (R-District 15).

“This has been an unconstitutional separation of powers and intent to go around the legislature,” Mathews said of the MPCA’s Clean Cars Minnesota rule, which was adopted in July 2021 to be effective beginning with model year 2025 vehicles. “…The commission’s been very overbroadly interpreting statute to claim they have the authority for regulating what cars dealers can have on their lots all around the state of Minnesota.”

Committee Member David H. Senjem (R-District 25) said MPCA’s authority, as given in Statute 116.07, doesn’t include telling dealers what inventory they have to purchase. In other words, the MPCA can’t push dealers to sell EVs. What it came down to in the meeting is that Minnesotans should be able to have the choice of whether they want to drive internal combustion engine (ICE) vehicles or EVs. That’s also a point made with the name of the bill being the Consumer Choice of Fuel Act.

“When the legislature created the MPCA they granted the agency the authority to regulate air pollution from stationary and mobile sources,” he said. “The legislature entrusted the agency to utilize its expertise to determine the major sources of air pollution and to develop strategies to reduce emissions from those sources. …This legislation would repeal the Clean Cars Minnesota rule that was found needed and reasonable by an administrative law judge and was adopted in accordance with the Minnesota Administrative Procedure Act.”

Mathews said part of the purpose of the bill is to take back control of vehicle emissions standards by the Minnesota legislature rather than following what California does. McDonnell told the committee that when California updates its rules, as it’s in the process of doing now, that would force a decision for Minnesota to either revert to the federal rules or to adopt California’s rules. Last week, the EPA reinstated a waiver to California that allows the state to implement its own GHG emission standards and zero-emission vehicle sales mandate for model years 2017-2025. The action also allows other states to apply for waivers.

Representatives from the Atlantic Council’s Global Energy Center, Becker/Mahnomen Corn and Soybean Growers, Center of the American Experiment, and the National Federation of Independent Business in Minnesota testified during the committee meeting in support of SF 3065.

Committee Member Sen. Jennifer A. McEwen (DFL-District 7), in opposition to the bill, called it “very extreme.”

“I’m really concerned that we’re rehashing this when we all know where we need to go. Minnesotans agreed that we need these choices… to drive an electric vehicle.”

She asked the MPCA what the top sources of GHG emissions are in the state. MPCA Climate Director Frank Kohlasch said the transportation sector is the No. 1 producer with 58% of emissions coming from light-duty vehicles, pickup trucks, passenger vehicles, SUVs, and crossover utility vehicles. He noted that was the basis for the Clean Cars Minnesota rule, which sets a target for OEMs to sell a certain percentage of zero-emission, plug-in hybrid electric or battery electric vehicles to reduce GHG emissions.

Senjem also cited range anxiety for his hesitancy to purchase an EV, although he said he thinks they’re fun to drive and maintenance of them is “meager.” He said he doesn’t think the Clean Cars rule is needed because as gas prices rise, the popularity of EVs will increase so he voted in favor of the bill.

The cost argument seemingly echos what Fox Business recently reported – “the cost to charge an electric car is still much lower than filling up one with an internal combustion engine, but only if you have a place to plug it in at home or a lot of time on your hands.”

McDonnell told the committee there is an “upfront cost increase” with buying an EV or hybrid vehicle, but that over its 10-year lifespan savings to the owner would add up to between $11,000-$12,000, and as gas prices rise the cost savings for EVs will rise.

EVs could be mandated in Washington

In the Pacific Northwest, Washington legislators went a different route on EVs last week. If signed by Gov. Jay Inslee, Senate Bill 5974, known as “Clean Cars 2030,” will mandate the sale and purchase of only electric passenger and light-duty vehicles in the state beginning with model year 2030. On Thursday, the bill was passed by the House 54-44 and in the Senate 29-20.

The bill would create the interagency electric vehicle coordinating council led by the state’s departments of commerce and transportation with representation from the office of financial management; the departments of ecology, enterprise services, agriculture, and health; the State Efficiency and Environmental Performance Office, the Utilities and Transportation Commission, the Office of the Superintendent of Public Instruction, and other agencies “with key roles in electrifying the transportation sector.”

“The legislature finds that in order to meet the statewide greenhouse gas emissions limits in RCW 70A.45.020 and 70A.45.050, the state must drastically reduce vehicle greenhouse gas emissions,” the bill states. “A critical strategy to meet those goals is transitioning to zero emissions vehicles and this transition requires ongoing purposeful interagency coordination and cooperation.”

The council would be tasked with, by Dec. 31, 2023, creating a scoping plan for achieving the 2030 target. Its other responsibilities would be to, according to the bill:

No videos of either side of the legislature discussing the bill are available on the legislative website.

The bill was sent to Inslee’s desk on Friday. The governor vetoed a similar measure last year because of its tie to a usage charge program in a separate policy that “will take time to design and implement.”

“I am committed to getting to zero emission transportation as quickly as possible,” Inslee wrote last May. “In fact, Washington is leading the way by building electric vehicle charging infrastructure, procuring zero-emission transit vehicles and building electric ferries, providing financial incentives for electric vehicle purchases, and advocating for a national 100% zero-emission vehicle standard by 2035.”

A coalition led by Coltura, a nonprofit focused on phasing out the use of gasoline, spearheaded the campaign that led to the passage of this session’s bill, according to the organization’s website.

“With the passage of Clean Cars 2030, the era of gasoline-powered cars now has an end date in Washington,” said Matthew Metz, founder and co-executive director of Coltura, in a statement. “Clean Cars 2030 sets Washington on a nation-leading path toward a fully-electric automotive future. We applaud Senator Marko Liias and Representative Jake Fey for their leadership on Move Ahead Washington as well as the many other legislators who made history with their votes.”