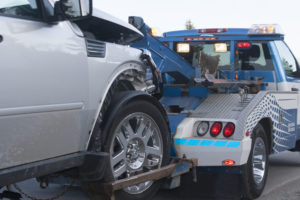 A Connecticut bill that would allow tow truck operators to require vehicle owners to sign a contract for up to 24 hours of storage is an attempt by the insurance industry to get around the state’s anti-steering law, an attorney told the legislature’s Transportation Committee.

The proposal, Senate Bill 332, conflicts with Section 38A-354 of the state’s general statutes, which guarantees consumers the right to be able to choose where their vehicle will be repaired, attorney Peter Bowman told lawmakers.

Bowman asserted that the bill would have the effect of giving insurance companies 24 hours in which to pressure owners to bring their vehicle to one of the insurer’s direct repair program (DRP) facilities.

“Unfortunately, this bill is simply a blatant attempt by the insurance industry to circumvent the anti-steering law that has been on the books for decades in Connecticut,” he said.

The pertinent section of S.B. 332, which proposed changes underlined in the original, reads,

“No licensee shall require the owner to sign a contract for the repair or for more than twenty-four hours of storage of such owner’s damaged vehicle as part of the towing consideration or to sign an order for the repair of, or authorization for [estimate] estimating repairs to such vehicle, until the tow job has been completed. No licensee shall tow a vehicle in such a negligent manner as to cause further damage to the vehicle being towed.”

As it stands now, an owner whose damaged car requires towing can have it towed straight to their repairer of choice. “So far as that system works, I think it works generally well,” Bowman said. 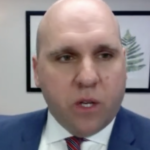 “What the insurance companies, I think, are trying to do is enable them a 24-hour window for them to dive into this situation, get in contact with their insured, the consumer, and try to convince that consumer to move the vehicle to a facility that will be more beneficial to them, as opposed to beneficial to the consumer,” he said. “And that’s really the only situation I can see. There’s no benefit to the public, there’s no benefit to the safety.”

“The consumer, if they can’t have the car touched for 24 hours, now has an extra day of rental, an extra day of storage, and really for no purpose, because there is no public screaming for this bill,” Bowman said.

“I’m not a lobbyist. I’m not being paid for my time here today,” he told the committee. “I’m simply a member of the public, and concerned about what I see the insurance companies doing to tow truck companies, auto body shops and others.”

Brooke Foley, general counsel for the Insurance Association of Connecticut (IAC), said the organization supports the bill as a way to protect consumers from being coerced into signing a contract as a condition of getting their vehicle towed. 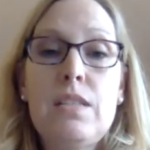 Foley said the IAC is requesting a change in the language of SB. 332 “to prohibit a tow vendor from requesting a vehicle owner to sign anything, whether a consent to tow or a repair order, at the scene of an accident or within 24 hours of an accident.”

She said it’s “common” for collision repair shops, under such contracts, “to begin repairs on a vehicle in many cases that’s an obvious total loss. Frequently, the repairs include scans which are completely unnecessary.”

“This bill is not about the steering statute,” Foley said. “The bill, as it’s drafted, only prohibits the towing vendor from requiring the car owner to sign a contract for more than 24 hours of storage. Ideally, a contract for towing would only be for towing and not include storage at all. But that’s not what we’re requesting.”

The American Property Casualty Insurance Association (APCIA) submitted written testimony in support of the bill, saying that it “will ensure that vulnerable consumers are not coerced into agreeing to an extended vehicle storage period and corresponding storage charges in conjunction with the towing of their vehicle.”

“Abusive vehicle towing and storage practices cost consumers millions of dollars each year and excessive storage rates are one of the most frequent problems that insurers encounter. This bill would help to address this problem and protect consumers from abusive practices,” the unsigned statement reads.

Tim Vibert, owner of Farmington Motor Sports, submitted written testimony urging lawmakers to reject the bill, saying that it would inconvenience motorists who have experienced a mechanical breakdown.

“This bill would not allow us to get a signed estimate for repair, as required by the Department of Motor Vehicles, in the first 24-hours of the tow,” Vibert wrote. “If this bill is passed, we would not be able to assist the stranded motorist with the repairs needed, to get them back on their way, until after the 24-hours has expired. If this bill is enacted, it would be a disservice to the consumer in getting their vehicle repaired in a timely manner.”