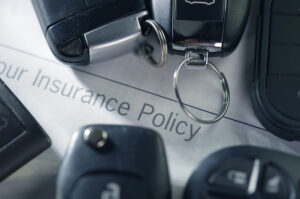 Since the fourth quarter of 2021, the carrier has received approval for 41 rate increases averaging 7.8 percent each across 34 locations, Allstate executives told investors during the March 17 call.

The increases of the past five months will bring in an additional $1.2 billion in premiums over the course of the year, according to Glen Shapiro, president of Allstate’s personal lines.

Mario Rizzo, executive vice president and chief financial officer, said Allstate has begun providing monthly reports on its auto insurance rates, and will continue doing so through 2022 “as we address rising loss costs.”

“We will disclose rates implemented each month, so you can have real time line of sight into our progress on increasing rates to improve auto margins,” Rizzo said.

Shapiro noted that, under the stay-at-home orders that accompanied the pandemic, Allstate saw “strong profitability in 2020 and early ’21.” That changed in the second half of 2021, “driven by inflationary pressure on severity.”

“To put that shift into perspective … we generated auto insurance underwriting income of $1.7 billion during the first half of ’21, and then an underwriting loss of $459 million in the second half of the year,” Shapiro said.

He noted that other large carriers had experienced the same shift, meaning that “we’re addressing margins at the same time as our competitors … the entire industry has started to take rate increases.” 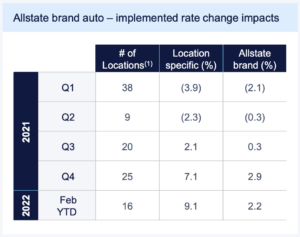 Physical damage frequency remained below 2019 levels by 13.3% in the fourth quarter and 19.8% for the full year, he said. Although miles driven has rebounded from early in the pandemic, driving patterns have shifted, affecting claims.

“Non-rush-hour claims have essentially reverted to historical norms, and the increased portion of miles driven during times with less road congestion is likely one of the leading causes of a higher proportion of high-impact accidents and related injuries,” he said.

Eric Brandt, executive vice president and chief claims officer, said the increase in physical damage severity has added six points to the company’s loss ratio since 2019. One of the drivers, he said, is a 68% rise in the value of used cars since 2018.

“We’ve seen a dramatic rise in the value of used cars contributing to about 60% of the physical damage combined ratio increase on a pure severity basis,” Brandt said. “Higher speed accidents have resulted in more severe impacts, placing more cars in total loss category, which contributes to another about 20% of the increase in physical damage severity. This combination of higher used car values and harder hits has led to more total losses and a substantial increase in total loss of area. Lastly, supply chain shortages along with a competitive labor market have increased the price of car repairs, representing the remainder of the increase in physical damage severity.” 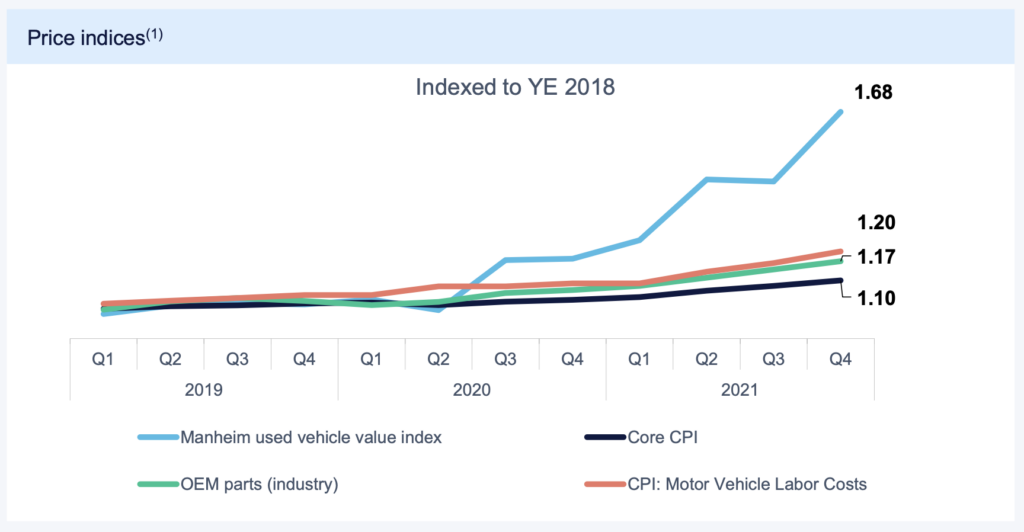 Julie Parsons, Allstate’s chief operating officer, noted that combined ratios were at 96 or higher in about half the states where Allstate writes policies in the second half of 2021. Between 2017 and the first half of 2021, nearly all states were at or below 96, she said.

In fact, in the third and fourth quarters of 2021, the states where the combined ratio was 100 or higher represent about 55% of Allstate’s written premiums, Parsons said. “We anticipate our comprehensive approach, including rates, will restore auto profitability to target levels,” she said.

Mitigating expenses, Brandt said, are the “predictive models” Allstate uses on the first notice of loss (FNOL) “to quickly and more accurately determine which vehicles are repairable and which ones should be totaled or sold for salvage.” He said the company’s data scientists had used proprietary data to improve total loss predictability at FNOL by more than 200% over the past year.

“We have a countrywide network in both parts and vehicle repair. We’re also in more than 30 markets with our own proprietary part supplier and of course we’re countrywide with our Good Hands repair network of body shops. For repairable vehicles, our estimating technology locates high-quality, cost-effective replacement crash parts,” he said.

Because parts costs account for half of repairs, any “incremental” savings have a “meaningful benefit” to Allstate’s margins, he said.

Brandt said Allstate expects to grow its data science team dedicated to claims by 125% over two years, beginning in 2020.

The company has seen “greater customer adoption” of its digital claim tools, such as photo-driven virtual estimating and “Virtual Assist,” a technology that lets body shops video chat with adjusters in real time. Those tools have led to a 1.2-point reduction in the claim expense ratio since 2018, Brandt said, generating a savings of $500 million.

Chart and graph provided by Allstate