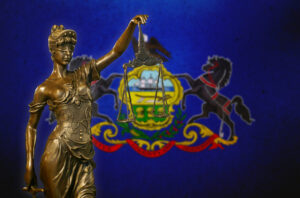 Another major auto insurer is facing a lawsuit over its use of unexplained adjustments to lower its actual cash value (ACV) calculations in total loss cases, as Progressive Insurance faces a potential class action suit in Pennsylvania.

The lawsuit, filed in the U.S. District Court for the Eastern District of Pennsylvania, claims that Progressive “systemically thumbs the scale” when calculating ACVs by applying “Projected Sold Adjustments” to comparable used vehicle prices.

The plaintiffs claim that the adjustments are “deceptive and unexplained,” and are “not based in fact, as they are contrary to the used car industry’s market pricing and inventory management practices.”

The suit was filed on March 21, three days after a similar complaint was filed against State Farm in an Illinois court. The Progressive suit seeks payments estimated at more than $5 million for Pennsylvania customers, while the State Farm plaintiffs seek unspecified benefits for a proposed nationwide class.

The Pennsylvania suit notes that Progressive and its vendor, Mitchell, do not apply the adjustment in all states, and that “the major competitor” of Mitchell, later identified as CCC Intelligent Solutions, does not use such an adjustment. State Farm’s adjustments were applied by Audatex, the Illinois suit claims.

The class the suit against Progressive seeks to represent includes all Pennsylvania citizens who received compensation for the total loss of a vehicle based on a Mitchell valuation report that applied a Projected Sold Adjustment.

Progressive’s practice goes against Pennsylvania consumer protection laws, its own policy language, and professional standards, the plaintiffs argue. “Appraisers use advertised prices and only make adjustments based on observed and verifiable data; appraisal standards do not permit arbitrary adjustments from the advertised price based upon undocumented and unverifiable projections,” the suit states.

Moreover, the suit argues, Progressive applied the adjustment without having discussions with any of the represented car dealers, and in full knowledge that used cars are much more likely to sell for more than their asking price in the current sellers’ market.

The policy also ignores the reality of buying a replacement vehicle, by assuming that Progressive’s customer would have time to comparison-shop, the suit claims. “[I]nsureds who have suffered a total loss of their vehicle and need to procure a replacement and have limited time to search out the illusory opportunity to obtain the below-market deal Defendant assumes always exists without any explanation or support,” it states.

Although Progressive’s policy includes an appraisal clause, the carrier is aware that the cost to the owner of hiring an independent appraiser would likely outweigh the difference in ACV being sought, the suit claims, making the provision moot.

The lawsuit was brought by Yeshonda Driggins, a Pennsylvania resident whose 2007 Buick LaCrosse was declared a total loss after an accident in October 2019. Mitchell found seven comparable vehicles for retail sale, and adjusted the value of each for condition, as is accepted practice.

A further discount, labeled “Projected Sold Adjustment,” was then applied to each of those values. These ranged from $804 to $977. Mitchell offered no rationale for the figures.

“Defendant provides no data specific to the comparable vehicles or any explanation of industry practices in its valuation reports to support any Projected Sold Adjustment, much less the specific downward adjustments used in Plaintiff’s valuation report,” the suit claims. “Instead, the only explanation is buried on the last page of each report, stating in full: ‘Projected Sold Adjustment – an adjustment to reflect consumer purchasing behavior (negotiating a different price than the listed price).’”

Progressive’s practice is in violation of 31 Pennsylvania Code 62.3(e), which spells out how replacement value is to be determined, the suit alleges. The law offers three acceptable methods:

The suit agrees that adjustments for “each comparable vehicle’s mileage, options, and trim,” are proper. But, it continues, “At this stage of the process, Defendant abandons the comparative methodology and applies adjustments that are contrary to proper appraisal methodologies for determining actual cash value.”

The two class action suits come as federal officials renew a campaign to make Guaranteed Asset Protection (GAP) coverage subject to the Military Lending Act. GAP coverage pays off any loan balance not reimbursed by auto insurers after a total loss, essentially protecting an owner if a vehicle’s replacement value is less than what’s owed on that vehicle.

Winslow told the group that the government wants to make GAP subject to the Military Lending Act, even though Congress has excluded vehicle loans made to service members from the law, the magazine reported.

The Jan. 6 amicus brief, filed by the Consumer Financial Protection Bureau and Departments of Defense and Justice, expresses concern that “hybrid loans” for both a vehicle and a “distinct nonexempt product” such as GAP could be used to skirt the MLA.

“Lenders cannot invoke the statute’s specific car loan exception and bypass its consumer protections when they choose to bundle standalone financial products into a loan,” the brief, filed in the class action suit Davidson v. United Auto Credit Corporation, contends. “Hybrid loans that include financing for GAP coverage do not satisfy the car-loan exception to consumer credit.”