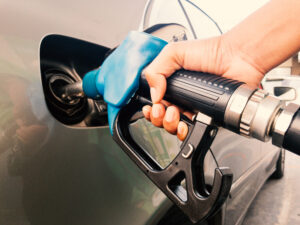 Reuters reports the DOT said the announcement would be made but didn’t give any details on what it will include. The news publication seemingly hinted that it may have to do with tighter vehicle fuel economy standards that Biden plans to unveil Friday to reverse Donald Trump’s rollback of regulations to improve gas mileage and cut tailpipe pollution, officials told Reuters.

In a statement, the DOT said Biden’s budget adds to “historic progress” made over the last year and “will increase access to safe, clean, and reliable transportation; create jobs across the country; and strengthen our economy.”

The NHTSA announced in August 2021 that it would “soon propose robust new fuel economy standards” in response to Biden’s Executive Order 13990, part of which seeks to reduce greenhouse gas (GHG) emissions and the Biden-Harris Administration’s “commitment to promote and protect public health and the environment.”

The new standards were touted then by NHTSA as beneficial to consumers through increased fuel economy adding up to nearly $140 billion in fuel savings for new vehicles sold by 2030 and $470 billion by 2050. The standards would increase fuel efficiency by 8% annually for model years 2024-2026 and increase the estimated fleetwide average by 12 miles per gallon for model year 2026 compared to model year 2021, according to NHTSA.

NHTSA on Sunday confirmed to Reuters that it had reinstated a penalty increase for automotive OEMs whose vehicles don’t meet fuel efficiency requirements for model years 2019 and newer.

The Environmental Protection Agency (EPA)’s final rule signed Dec. 20 for model years 2023-2026 allows for 160.9 grams of carbon dioxide emissions per mile on average in OEMs’ passenger car fleets and 254.4 grams per mile for light truck fleets by model year 2026. The expected result is an average fuel economy of 40 MPG by model year 2026 while the previous standards would meet 32 MPG, according to an EPA regulatory update.