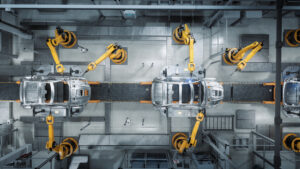 Washington’s “Clean Cars 2030” has been signed into law by Gov. Jay Inslee to mandate the sale and purchase of only electric passenger and light-duty vehicles while in Ohio, Sen. Michael Rulli (R-District 33) pleaded Tuesday for “swift consideration” of his “Accelerating Ohio’s Auto Industry” (AOAI) bill for electric vehicle (EV) production in the state.

“Clean Cars 2030″ will begin with model year 2030 and will create an interagency electric vehicle coordinating council “with key roles in electrifying the transportation sector” to “drastically reduce vehicle greenhouse gas emissions,” the bill states. It is part of “Move Ahead Washington,” a nearly $17 billion transportation package.

Rulli’s plea was to the Senate Energy and Public Utilities Committee for SB 307, which aims to retrain and retool the automotive industry workforce for EV production in hopes of bringing OEMs’ EV work to the state.

“For the people I represent, the automotive industry is already central to many of our lives in the Mahoning Valley,” Rulli said. “The auto industry is going through a global transition. Manufacturers have pledged to invest $330 billion in electric vehicles production by 2025. This means they are making decisions right now about where to build new factories and which existing factories will transfer to EV production.”

The bill focuses on preparing for the expected influx and popularity of EVs, including battery electric vehicles (BEVs), plug-in hybrids (PHEVs), and hybrids by creating three programs – one focused on incentives, another on retooling and equipment, and a third on training and modernization. It also addresses EV charging infrastructure creation and electric grid support.

SB 307 is important, Rulli said, because “tens of thousands of jobs have been lost from Ohio.” He noted that in January, General Motors announced a $7 billion EV investment in Michigan that will create 4,000 jobs. He also said states that Ohio lost jobs to in the last two years including Kentucky, Tennessee, Illinois, North Carolina, Arizona, and Texas. Specifically, he mentioned a combined $11.4 billion investment in EV production by Ford in Kentucky and Tennessee that will create 11,000 new jobs.

“Ohio has a lot at stake as the global economic transition happens before our eyes. We have over 108,000 jobs in auto manu 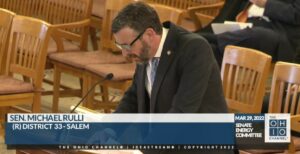 facturing right here in Ohio and many of these jobs involve making gas vehicles or gas vehicle parts. With so many jobs at risk, it is urgent that we take action right now to protect and build on the sector of the economy that makes sure Ohio isn’t left behind.”

The AOAI will “attack this issue in four different ways,” according to Rulli:

Rulli said the bill is a work in progress and he will work with the committee and stakeholders to “create the best bill we can to protect Ohio’s economic future.” Proponent testimony will be heard during the committee’s next hearing, which hadn’t been scheduled as of Tuesday. The committee’s meetings are livestreamed and archived on The Ohio Channel.