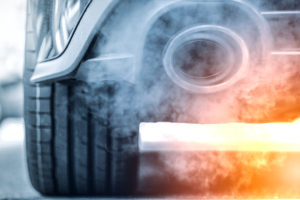 With the release of the Environmental Protection Agency’s new greenhouse gas emissions standards collision repairers will likely see additional changes in the materials OEMs use and the design of their vehicles.

EPA’s final rule signed Dec. 20 for model years 2023-2026 allows for 160.9 grams of carbon dioxide emissions per mile on average in OEMs’ passenger car fleets and 254.4 grams per mile for light truck fleets by model year 2026. The expected result is an average fuel economy of 40 MPG by model year 2026 while the previous standards would meet 32 MPG, according to an EPA regulatory update.

The EPA’s executive summary of the final rule states the standards for model years 2025 and 2026 are
“the most stringent standards considered in the proposed rule and establish the most stringent
GHG [greenhouse gas] standards ever set for the light-duty vehicle sector.”

“Since not every vehicle is going to be an electric with the full battery and electric motor, you still need to achieve better miles per gallon and reduce the size of the engine by using the lightweight components of the vehicles,” Abraham said. “That means utilizing aluminum, magnesium and advanced high strength steels.”

A panel of OEMs and suppliers in 2017 didn’t anticipate significant lightweighting changes. The EPA’s previous rule finalized earlier that year projected a fleet average of 36 MPG and 233 grams per mile by 2025.

EPA plans to establish new emissions standards for model year 2027 and beyond.

During design engineers have to consider “mass creep” – the added weight of advanced driver assistance system (ADAS) technology, advanced safety features, comfort features and larger wheels, which often leads to lightweighting component parts as the solution, according to Abraham. 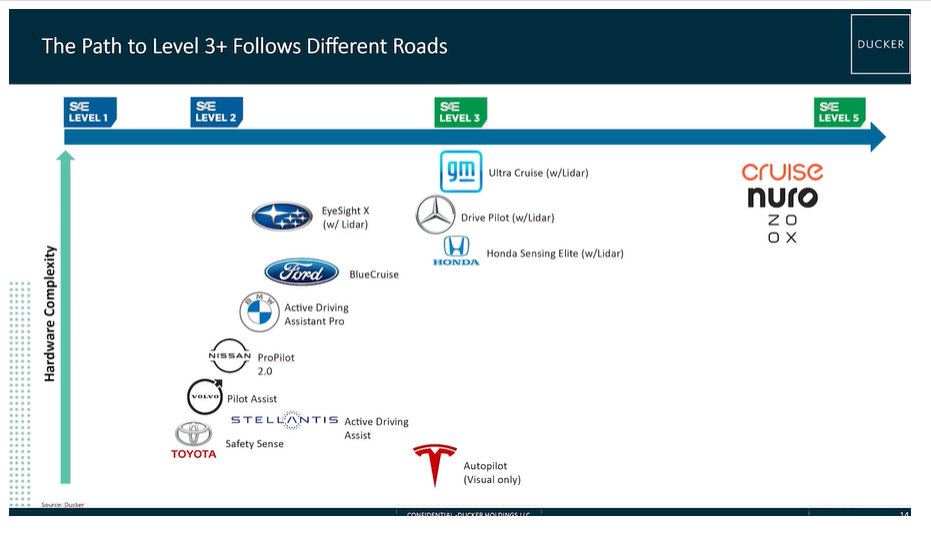 “There’s going to be some changes in the way that you repair because materials are shifting,” Abraham said. “We’re moving into more higher strength solutions in both steel and aluminum. We’re seeing more introduction of different materials like composites and magnesiums in carbon fiber areas that we haven’t seen a lot in the past. … It’s not worse. It’s not better. It’s not bad. It’s just different.”

Abraham, along with Ducker Managing Principal Scott Ulnick, detailed ADAS and other technology trends during the OEM Collision Repair Technology Summit at this year’s SEMA Show in November. 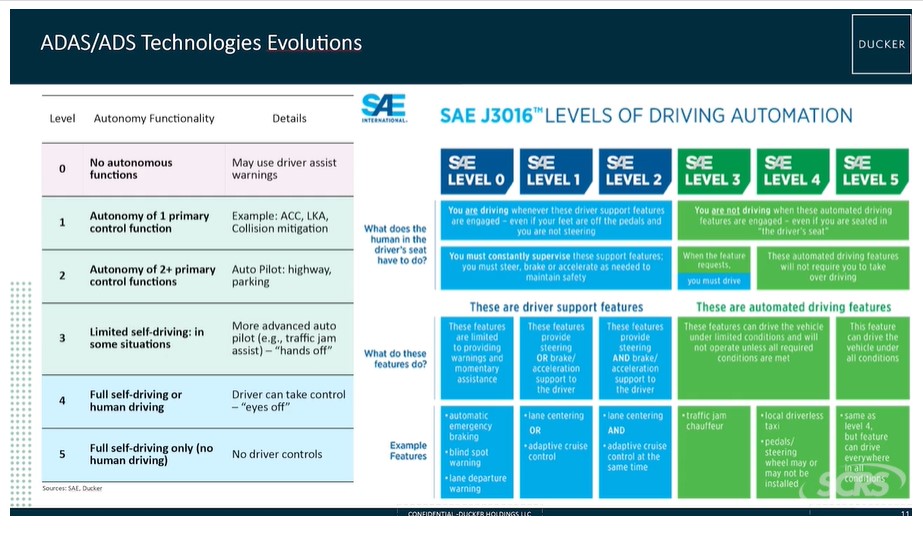 The Society of Automotive Engineers’ recently updated its level classifications for ADAS. Ducker’s Abey Abraham presented the levels during an SCRS lecture at the 2021 SEMA Show in November. (Chart by SAE International; screenshot from SCRS Video)