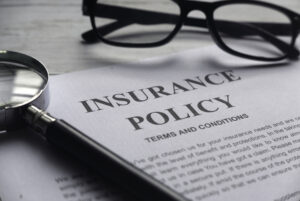 Most drivers are misinformed about what their car insurance covers, with many believing that they have insurance that isn’t actually available, a nationwide survey conducted for Forbes Advisor has found.

As a result, “drivers may be surprised by what’s not covered by their insurance when they try to make a claim after a car crash or other vehicle damage,” Forbes Advisor said.

“Car insurance is meant to be a financial safety net if you cause a crash, get injured or accidentally damage your own vehicle,” the publication said. “But our survey found that this safety net has a lot of big holes due to lack of basic auto insurance knowledge.”

The survey results are a reminder for repairers that their customers may not be familiar with their policies and may need some guidance, particularly since most drivers go seven to 10 years between being involved in accidents.

The online survey of 2,000 U.S. adults was conducted by market research company OnePoll, with data collected March 23-24, 2022. It centered on types of coverage, and did not delve into issues specific to the claims process.

The survey found that at least 40% of drivers believe they have coverage that doesn’t exist in a car insurance policy:

Drivers between the ages of 18 and 25 were most likely to believe that they have coverage that’s not offered:

Beyond that, many drivers don’t understand the coverage that they do have. “We asked drivers to identify the types of car insurance that would cover common problems. Across the board, most respondents were not able to identify the correct coverage,” Forbes Advisor said. Among the findings:

The survey breaks down responses by age. In general, drivers ages 18-25 were the most likely to give wrong answers; the percentage of right answers increased in higher age groups, but then fell off at age 77 and up.

For example, 91% of young drivers believe that car insurance will pay if their car won’t start, while 62% of drivers ages 58-76 knew that none of the coverage types listed would cover a vehicle that won’t start.

Responses are also broken down by geographic region. For instance, 43% of those in the Southwest knew that collision coverage would pay for backing into a pole, versus 34% in the Midwest, 33% in the Southeast, 32% in the Northeast, and 30% in the West.

Repairers who are looking to offer their customers a good reference on auto insurance coverage might want to consider the OEM Collision Repair Roundtable’s Crash Repair Info website, which offers consumers good points to consider on insurance and a number of other collision-related issues.

Some states’ insurance departments can also offer useful reference material. For instance, the Missouri Department of Insurance and the Nevada Division of Insurance both offer free, downloadable copies of auto policies and mandatory endorsements offered by a number of auto insurance companies doing business in their states. Both are linked from the Crash Repair Info site.

Some repairer associations have taken proactive steps toward educating consumers about what’s covered in their auto insurance policies. For instance, Wisconsin Collision Repair Professionals (WCRP) has posted two videos on its YouTube channel, advising consumers on co-pays and offering tips on shopping for a policy.

Featured image: Most drivers are unfamiliar with the provisions of their insurance policy, a survey conducted for Forbes Advisor found. (Mohamad Faizal Bin Ramli/iStock)