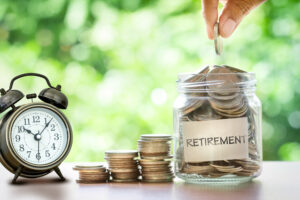 If a Hawaii bill is signed by Gov. David Y. Ige, the state will be the latest to require that private-sector employers offer retirement plans.

The Hawaii Retirement Savings Act would establish a state-run IRA program that would be offered beginning July 1, 2024, by employers that have been in business for more than two years and have one or more employees. It does not apply to businesses that have offered a tax-qualified retirement plan for the past two years. While the bill would require employers to automatically enroll covered employees into the state’s program, they would have the option to opt out.

Principal Financial Group’s Retirement Security Survey for the first two quarters of 2021 found that 87% of the 396 retirement plan sponsor respondents said automatic enrollment increased participation and 80% said their employees were saving at a younger age.

Hawaii’s proposed retirement savings program would be facilitated by a nine-member retirement savings board. The board will be tasked with providing in its 2025-26 annual report any proposed findings, recommendations, or legislation “to the feasibility of expanding the program’s eligibility to Hawaii’s independent workforce, including self-employed workers,” the bill states.

The default contribution amount would be 5% of each employee’s wages or salary, according to the bill. However, employees would be able to contribute less or more “as long as the amount does not exceed the applicable contribution dollar limits under the Internal Revenue Code.” The board can choose to increase the program’s contribution rates annually.

In April, AARP Hawaii Director Keali’i Lopez voiced her support for the bill in an op-ed published by the Hawaii Tribune-Herald and the Honolulu Star-Advertiser to help 215,000 workers who don’t have a 401(k) or similar savings option through their jobs, according to AARP.

“Many of them work for small businesses who find it too complicated, time-consuming and expensive to offer retirement savings programs to their workers, even though many of them want to provide a way for their employees to save for retirement,” Lopez wrote.

In recent years, 14 states have passed laws that require retirement plans to be offered. Most state plans are aimed at small businesses that have five to 100 employees. A federal retirement plan bill passed the House earlier this year but hasn’t progressed since.

Collision industry employers nationwide can also consider the Society of Collision Repair Specialists’ 401(k) Multiple Employer Plan (MEP) as an option in addition to the state program that may be offered.

SCRS 401(k) plan advisors interview plan providers, come up with a plan, and spend time making sure law compliance is reached taking all of that extra responsibility off of shop owners.

Plan advisor Coley Eckenrode previously told Repairer Driven News that several companies are in the SCRS plan so the total plan balance and number of employees are higher. And it’s already been negotiated that as certain benchmarks are met, such as the number of dollars or participants, employees will see price reductions.