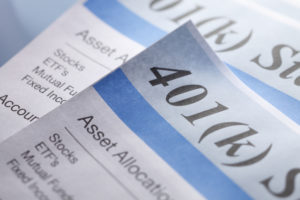 While employers compete to recruit and retain employees – some by raising salaries and wages – 401(k) and retirement plans are becoming a commonly used tool as well.

The Wall Street Journal reports that about 16% of large and midsize employers plan to raise their 401(k) contributions or reinstate a previously suspended match this year, while another 8% said they are considering doing so, according to preliminary results of a survey of about 100 companies conducted in fall 2021 by investment-consulting firm Callan LLC.

Fourteen states have signed retirement plan legislation into law including California, Connecticut, Illinois, Massachusetts, Oregon, Washington, Colorado, Maine, Maryland, New Jersey, New Mexico, Virginia, Vermont, and New York, according to ADP. Most state plans are aimed at small businesses that have five to 100 employees. Not all states have implemented their plans yet.

Massachusetts law only applies to nonprofits and is voluntary. State plans in New Mexico, Vermont, and Washington are also voluntary. At least another 16 states have considered mandating a retirement plan.

Capital management solutions provider Paychex calls the lack of retirement savings in many states a “crisis” and noted that 600,000 workers in Connecticut and millions in New York don’t have access to retirement plans. The most recent Federal Reserve report on economic well-being of U.S. households, released in May 2021, shows that roughly a quarter of non-retired adults don’t have retirement savings.

In New York, private sector employers of 10 or more who don’t provide their employees with a retirement savings plan must automatically enroll them in New York State’s Secure Choice Savings Plan. Employers that don’t do either within 90 days of receiving a non-compliance notice will be fined $250 for “each employee for each calendar year or portion of a calendar year during which the employee neither was enrolled in the program nor had elected out of participation in the program; or for each calendar year beginning after the date a penalty has been assessed” $500 for any portion of the calendar year that an employee continues to be unenrolled, according to the law.

Coley Eckenrode, a partner and financial advisor with Virginia Asset Management, said while he doesn’t know what every state requires he’s seen it mandated that employers offer deferment into a retirement savings plan through payroll.

“The employee gets the immediate tax advantage versus if they did it in their individual IRA account,” Eckenrode said. “They’re usually contributing to that account with post-tax dollars and then it’s reconciled when they file their tax returns so they don’t really realize that tax benefit but once a year as opposed to every other week through pay cycle or however frequent payroll is.”

Eckenrode is an advisor for the Society for Collision Repair Specialists’ (SCRS) 401(k) plan, which shops can take advantage of to offer retirement savings without all of the administrative and legal responsibilities. Instead, the SCRS-sponsored Multiple Employer Plan (MEP) handles all of that.

The advantage of SCRS’ plan is also cost savings. Because several companies are in one plan, the total plan balance and number of employees is higher and it’s already been negotiated that as certain benchmarks are met, such as number of dollars or participants, employees will see price reductions, Eckenrode said.

While the WSJ article focuses on trends within larger businesses across the job market, smaller businesses should be mindful of what larger organizations within the industry are promoting to potential candidates. According to their website, Caliber Collision offers automatic payroll deductions of 2% pre-tax pay into a 401(k) plan upon hire date for full-time employees. Part-time, temporary and seasonal employees are eligible after 1,000 hours of service within 12 months. Unless the contribution rate is changed by the employee, it will automatically increase 1% every year until the plan’s maximum deferral rate of 15% is reached. Service King Collision offers a 50% employer match for up to 8% of compensation that is deferred into its 401(k) plan, according to its website.

Focus Advisors Managing Director David Roberts said he most often talks to business owners that have two to 10 shops, and they’re doing “everything they can to attract, retain and train people.”

“Historically, 401(k)s were mostly in place for the benefit of the owners of the business,” Roberts said. “The owner would contribute money but would not contribute much on behalf of his employees and the employees would rather take home cash than contributions to their 401(k)s.”

That’s the case in many small businesses – take-home cash is favored, he added.

“That’s really hard to overcome and the only way to overcome it is for the employer to actually put the money in on behalf of the employees,” Roberts said, and a lot of people don’t see their 401(k) plan as a benefit until it comes time to use it such as for moving or buying a house.

A 401(k) is most attractive to those who are planning their future in the automotive industry as a career rather than just a job.

“… for people who have been in there for seven or eight years and their employers were never giving them any money, never putting anything into their 401(k), it’s kind of an afterthought for them,” Roberts said.

401(k) matches by employers “ebbs and flows,” according to Eckenrode. Throughout the COVID-19 pandemic, companies eliminated or reduced contributions and are now gradually getting back to a more standard match, which is 3-4%, he said.

“It’s partly driven from economics but also from an employee retention and recruiting tool,” Eckenrode said.

Roberts recommends employers talk to their employees about the importance of having retirement money tucked away. “This isn’t just for this week or next week or this year but it’s for your long-term future,” he said.

Keep in mind that even just 2% of every paycheck adds up over the years to a lot of money and providing the option for automatic deductions is even better because employees are more likely to enroll that way rather than having to choose contribution amounts for themselves, Roberts said.