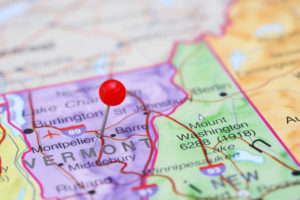 The Vermont legislature is considering a bill that would regulate the use of aftermarket parts in vehicle repairs covered by insurance.

If approved, the legislation would take effect on July 1.

“An insurer shall not require the use of aftermarket parts in the repair of an automobile unless the aftermarket part is at least equal in like, kind, and quality to the original part in terms of fit, quality, and performance and has been certified by the Certified Automotive Parts Association,” the bill states.

The bill also directs any insurer that requires the use of aftermarket parts “shall consider and be liable for the cost of any modifications that may become necessary when making a repair,” which seems to contradict the idea that the parts would be equal in like, kind and quality to OEM parts.

Insurers would be required to identify clearly on the repair estimate which aftermarket parts, if any, were installed on  a vehicle.

“If aftermarket parts are installed, the insurer shall disclose to the claimant in writing, either on the estimate or on a separate document attached to the estimate, the following information in bold-faced, capitalized font not smaller than 12-point type: THIS ESTIMATE HAS BEEN PREPARED BASED ON THE USE OF NONORIGINAL MANUFACTURER PARTS. PARTS USED IN THE REPAIR OF YOUR VEHICLE BY OTHER THAN THE ORIGINAL MANUFACTURER, ALSO KNOWN AS AFTERMARKET PARTS, ARE REQUIRED TO BE AT LEAST EQUAL IN LIKE, KIND, AND QUALITY IN TERMS OF FIT, QUALITY, AND PERFORMANCE TO THE ORIGINAL MANUFACTURER PARTS THEY ARE REPLACING” (emphasis in original).

Insurers would not be allowed require the use of aftermarket parts on vehicles that are two years old or newer and have 30,000 or fewer miles on the odometer.

The bill does not address the use of used, recycled or OEM parts. It was given a first reading on Jan. 7 and referred to the Committee on Commerce and Economic Development.

State Rep. Patricia McCoy (R-Poultney), who filed the bill, did not respond to requests from Repairer Driven News for comment.

Ed Couillard, owner of the Burlington Collision Center in Vermont’s largest city, said he has seen variation in the quality of aftermarket parts, including those that have CAPA’s stamp of approval.

“I’ve been in this business for 16 years, and over time I’ve found the quality, fit and finish is [sometimes] not up to the quality of what I would want to send out the door,” Couillard said. “I’ve had to fight with insurance companies a lot of the time.”

“How do you police it? Say, ‘only CAPA parts’? That’s not really going to do much good,” he said.

Since its establishment in 1987, CAPA has certified that more than 128 million replacement parts have met or exceeded its standards.

One area of contrast between OEM parts and CAPA-certified aftermarket parts is in the recall process, as was recently illustrated in a case involving potentially damaged hoods on 2016-’21 Honda Pilots.

On Nov. 29, Honda issued a recall notice for 725,000 vehicles after it was determined that too great of a gap between the grille and hood could lead to vibration that might damage the metal around the hood striker after extended high speed driving.

Honda offered to reinforce the hood striker areas on the recalled vehicles and inspect the hood for related damage, according to Honda’s written statement about the recall. Honda said it would replace hoods at no cost if related damage were found.

As a result of a that recall, CAPA decertified aftermarket 2016-2021 Honda Pilot hoods made by Gordon Auto Body Parts Co. and Tong Yang Industry Co. However, the organization could not issue a formal recall, because it is not a manufacturer. Instead, it issued a “public safety notice,” directed at shops, and visible on its CAPA Tracker database.

“In the event of a problem, CAPA will inform the repairer if one of its repair orders contained that part,” Intertek/CAPA spokesperson Jillian Rahal said told Repairer Driven News.

CAPA offers this explanation of its decertification process:

“CAPA decertifies part numbers or individual part lot numbers if they have been found to no longer comply with any of the requirement(s) of the applicable CAPA Standard,” CAPA wrote. (Emphasis CAPA’s.) “Decertification occurs if a part or part lot no longer meets the CAPA Quality Standard requirements to which it was originally certified. CAPA may withdraw certification of the part or lot. A CAPA part number is still considered certified even if some production lots have been decertified. CAPA has an ongoing and thorough system of monitoring continued compliance, which may include random material testing or vehicle test fit, and marketplace monitoring which includes its complaint program.”

CAPA decertification & public safety notices: How to find out the status of your A/M parts