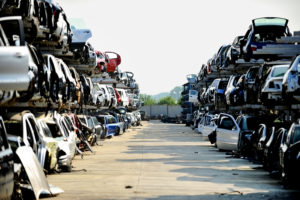 Three speakers shared each of their unique perspectives about the impact of rising total loss claims at the Jan. 20 meeting of the Collision Industry Conference (CIC) and explored what that means for the collision repair and salvage industries as well as, most importantly, consumer safety.

The topic was covered by the CIC’s Industry Relations Committee, which compiled the panel. CCC Intelligent Solutions Quality Repair & Market Development Vice President Dan Risley said total losses have been increasing every year since 2013 with the exception of 2021 when losses fell slightly due to the value of used cars rising, which are equal to or outpacing the cost to repair. 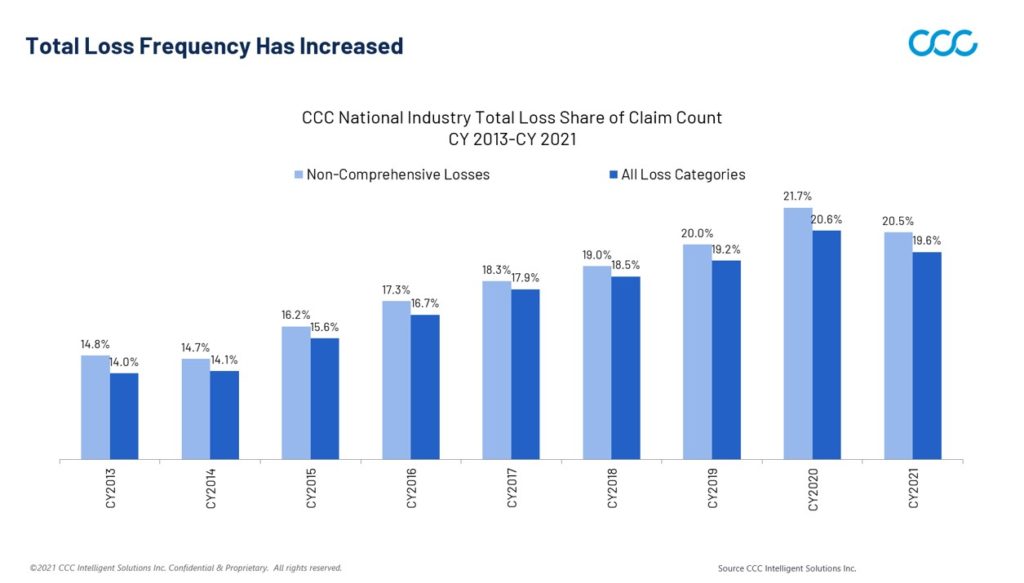 Losses reached the highest peak in 2020 at 20.6% because less traffic meant people were driving faster with more distractions, which resulted in harder impacts and higher severity, Risley said.

Claims data continues to suggest there are more higher-speed crashes as the percentage of airbag deployment has risen to 9% two years in a row in 2020 and 2021. The figure began increasing in March 2020 as the pandemic began when less people were driving and those who were on the road were going faster. 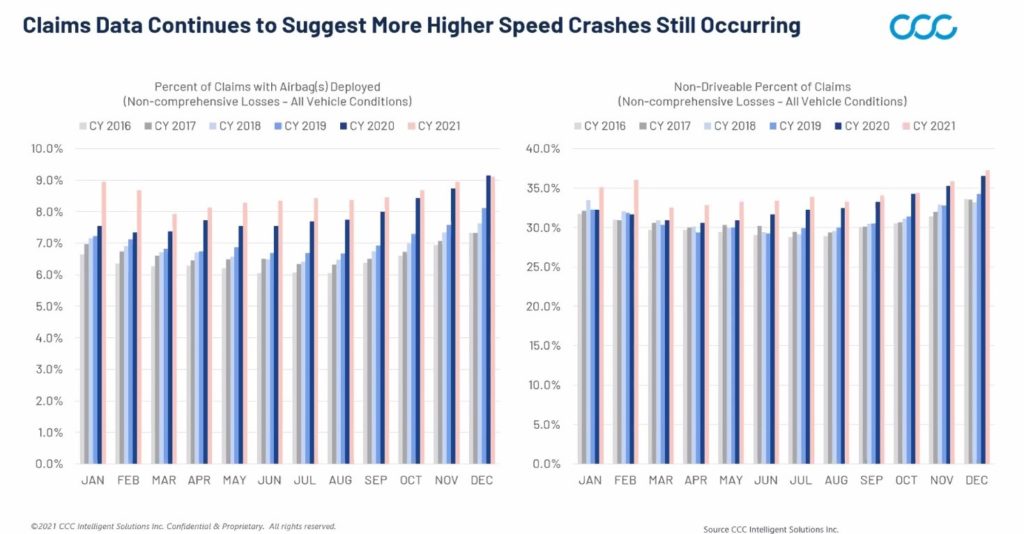 Drivers are also keeping their cars longer with the average age of vehicles on the road at 11-12 years old and rising, according to CCC data.

When the COVID-19 pandemic hit, average prices of vehicles dropped and has spiked month over month reflecting a surge in demand while the supply chain continues to be constrained. “New cars are very difficult to find or becoming even more difficult to find and used car prices continue to soar,” Risley said.

This point was also brought up at the meeting during a Parts & Materials Committee presentation when PartsTrader Chief Innovation Officer Greg Horn talked about part of the supply chain issue being the monthslong backlog of cargo ships off the coast of California. He said that despite imports from Taiwan decreasing by over 9%, the backlog at the Ports of Los Angeles and Long Beach continues to be an issue. Fines of $100 per day per container for not moving a container from the docks have been approved, but not implemented yet. Ships are anchoring farther away from the port to ease ship navigation.

Greater profitability on retail sales means fleet sales are going to take a hit – a trend Risley said he doesn’t see going away any time soon.  Rental car companies are keeping their cars longer because of the cost of vehicles, which contributes to less used cars in the supply chain and eventually will impact used parts availability. 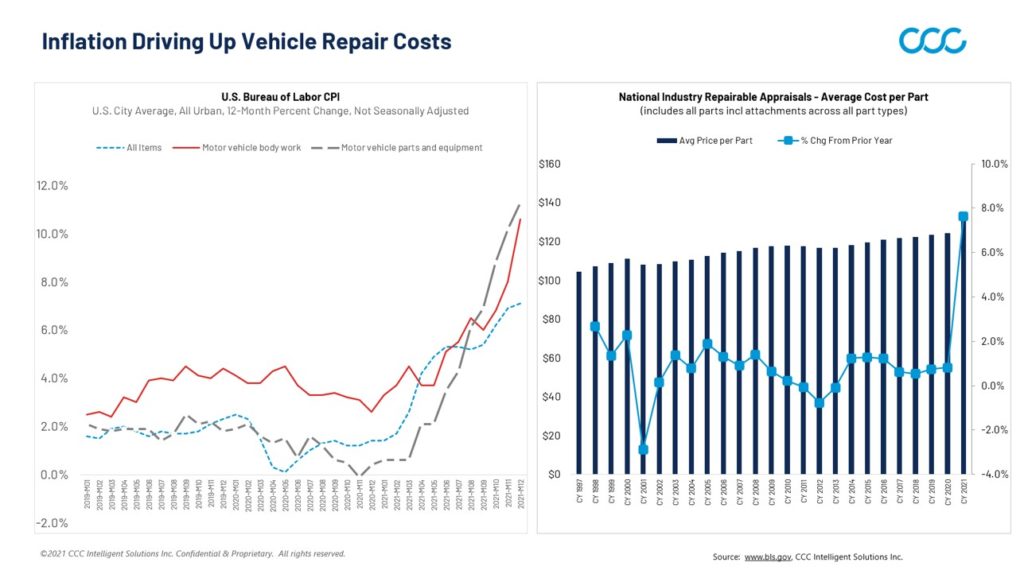 The cost of labor and parts are outpacing the traditional Consumer Price Index of 6-7% making overall repair costs higher. Total losses are 19-20%, Risley said. He speculated that total losses could be up because claim counts are down.

When total loss is mentioned many correlate it with the end of a vehicle’s life – it won’t be put back on the road. However, Automotive Recyclers Association (ARA) Executive Director Sandy Blalock and Auto Claim Specialists Managing Director Robert McDorman made it clear that’s not the case. Some cars can be rebuilt safely but there are plenty that aren’t.

McDorman randomly selected 200 total loss claims to use as an example of salvage vs. so-called clear titles. From the sample, 66.5% were titled as salvage and 19% remained in the client’s name with a blue, or “clean,” title, often meaning they’re unbranded and indicate no damage. Many of them are unsafely rebuilt and sold.

As Blalock said, total loss threshold – the percentage at which vehicles are deemed totaled by law – vary by state and not all states have a threshold. And total loss isn’t always based on if the cost to repair the vehicle exceeds its actual cash value. Sometimes, she said, it’s a total loss formula that is used quite often by the collision industry where the cost to repair and the actual salvage value that can be recouped exceeds the value at the time of loss. 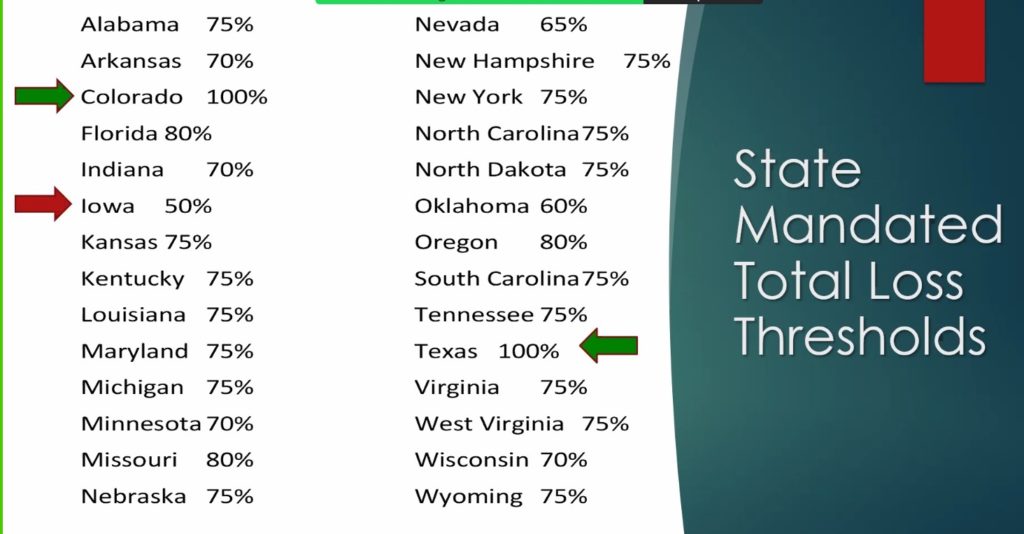 Insurance carriers, McDorman said, play a role in keeping total loss vehicle repair estimates below the threshold so that the vehicles don’t get salvage titles.

“This is multi-faceted,” McDorman said. “It’s a virus. It’s a problem and it’s a safety problem. When these cars are sold at the salvage auction, licensed dealers buy these cars.”

He used a claim in Texas as an example of a car that should’ve been totaled but was repaired and sold unbeknownst to the new owner. 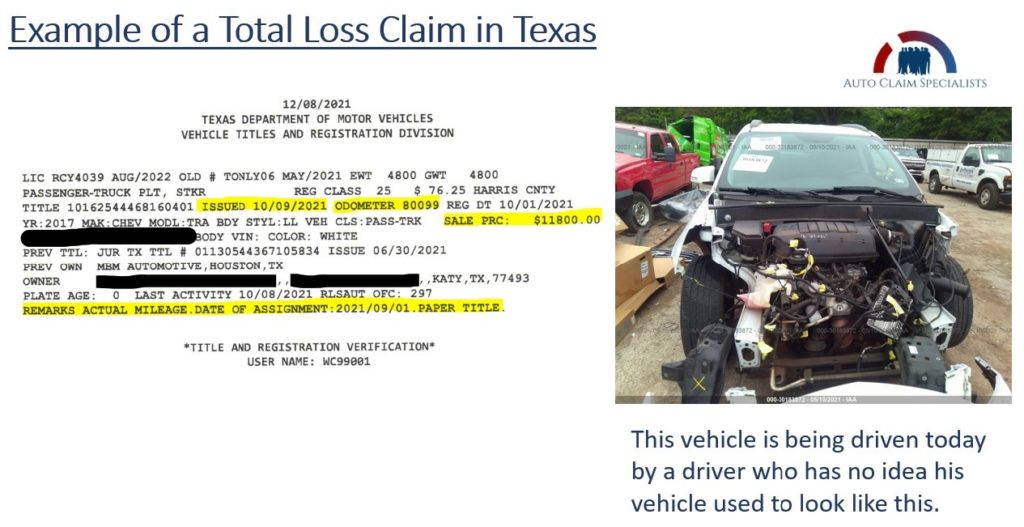 State Farm sold the 2017 Chevrolet Traverse LT at auction for $4,800 with a reported estimated repair cost of $14,345, which is a 75% damage ratio and allowed it to be sold with a clean title despite it being reported to CarFax as a total loss, according to McDorman’s presentation. The repair estimate used by State Farm to deem the vehicle a total loss was actually $18,970.01, McDorman said. If that value had been provided at auction, it wouldn’t have been sold with a clean title. 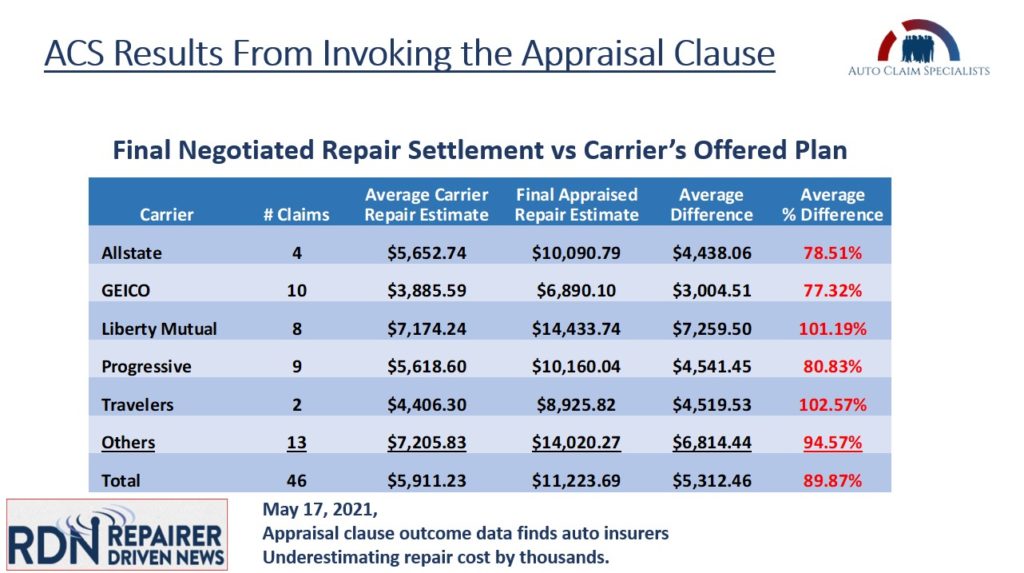 Blalock said she thinks 80-85% total loss threshold would be a “better working model.”

“At the end of the day, we have to make sure that whatever we’re doing, and whatever laws are out there, [we] are protecting consumers,” she said.

It’s important to realize as well, Blalock said, that the definition of a salvage vehicle varies by state, and there are at least 30 different definitions. Most importantly it means the vehicle was wrecked and damaged to the point of the total loss threshold. There also aren’t any restrictions on who can buy the vehicles. She defined a couple practices that are a result of that and are of great concern for the safety of consumers.

Curbstoning is an illegal scheme to draw shoppers to a roadside or vacant lots and sell unfit cars without permits, licenses or mandated consumer protection. Oftentimes, individuals say the vehicles are their own personal cars but in reality they’ve been bought at auction, rebuilt – likely not using any OEM procedures – and put back on the road.

Title washing is a side effect of curbstoning, and Blalock called it an epidemic in the U.S. Title washing means the true identities of vehicles are masked, such as by skipping an owner who didn’t sign the title and getting false documents to make a fraudulent title appear clean. Cloning, or using a VIN from a legally registered car to hide the identity of a stolen or salvage vehicle, is also used to sell cars that should’ve been marked salvage.

“Research shows that one in five vehicles are sold outside the licensed dealer network,” Blalock said. “That’s 20%. And one out of every 325 vehicles on U.S. roads today may be operating on a fraudulent title. … Because enforcement resources are spread thin, it’s up to car buyers to be informed, automotive dealers to be proactive, and municipalities to be responsive.”

McDorman said a lot of curbstoning could be prevented if insurance carriers were required to transfer the title to salvage title within 30 days.

One tool that can address the issue is invoking the appraisal clause. By doing so, consumers can find out from a third-party appraisal the value of their cars versus what insurers say they’re worth and offer to pay.

“Total Loss Frequency Has Increased” (Provided by CCC and CIC)