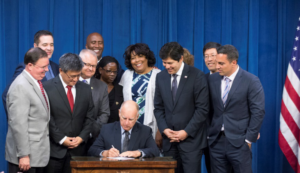 By 2022, all California body shops and other businesses with at least 5 employees must either offer a retirement plan or connect employees with the state’s official CalSavers IRA option.

The requirement appears to be flying under the radar, according to Eric Frazer, senior business development for HR services firm and SCRS 401(k) partner Decisely.

He said whenever he tells someone in California about the law, “it’s still brand-new news.”

The average body shop in the country today has around 9 employees, I-CAR said.

The good news: Complying with the requirement shouldn’t be very onerous from a shop owner’s perspective, according to both Frazer and Lebeck.

“It is minimized,” said Lebeck, whose HR company is also associated with Decisely and the Society of Collision Repair Specialists on the trade group’s 401(k) project.

A business owner taking the CalSavers route basically has to sign up for the program, give employees the chance to join or opt-out, and make sure their contributions go to their IRA “via simple payroll deduction,” according to the CalSavers website.

“The program is required to have minimal administrative requirements for employers and state law protects employers from any liability or fiduciary responsibilities,” the California Employment Development Department’s website states. “State law also requires the program to be exempt from the Employee Retirement Income Security Act.”

CalSavers by default enrolls all employees who don’t opt-out or choose another percentage at saving 5 percent of their income for retirement in an IRA, according to Lebeck. It increases 1 percentage point per year until it reaches 8 percent unless the employee indicates otherwise, she said.

The small business owner can even obtain their own CalSavers IRA.

So it’s a pretty painless way to get employees thinking about and handling their own retirement without an employer having to ante up for an actual benefit.

“It’s great that they’re doing this,” Lebeck said. She called California “dangerous” in terms of the population’s retirement readiness and said it could lead to a burden on all taxpayers.

“Roughly 39 million US employees do not have a retirement savings account through their employer,” a Payroll Company fact sheet states. “The problem is more apparent in the small business market. In 2017, only 46% of private-sector employers with less than 100 workers offered a workplace retirement plan. This doesn’t exactly make it easy for everyone to save for retirement.”

As of May 2018, California was among 10 state Legislatures to have enacted such requirements and have a system either in place or in the works, according to the Payroll Company. (It’s joined by Connecticut, Illinois, Maryland, Massachusetts, New Jersey, New York, Oregon, Vermont, and Washington, according to the firm.) About another 30 states are considering similar action, Lebeck said.

However, collision repairer facility owners lacking an existing retirement plan for staff still might want to think twice before going the cheap, default CalSavers route. It might be more advantageous to establish one’s own retirement plan.

Those interested in checking out SCRS and Decisely’s 401(k) option, which could allow member employers to team up and save as well as reduce administrative liability and time, can visit scrsbenefitscenter.decisely.com. SCRS also plans a webinar on the 401(k)s next month. Register here. 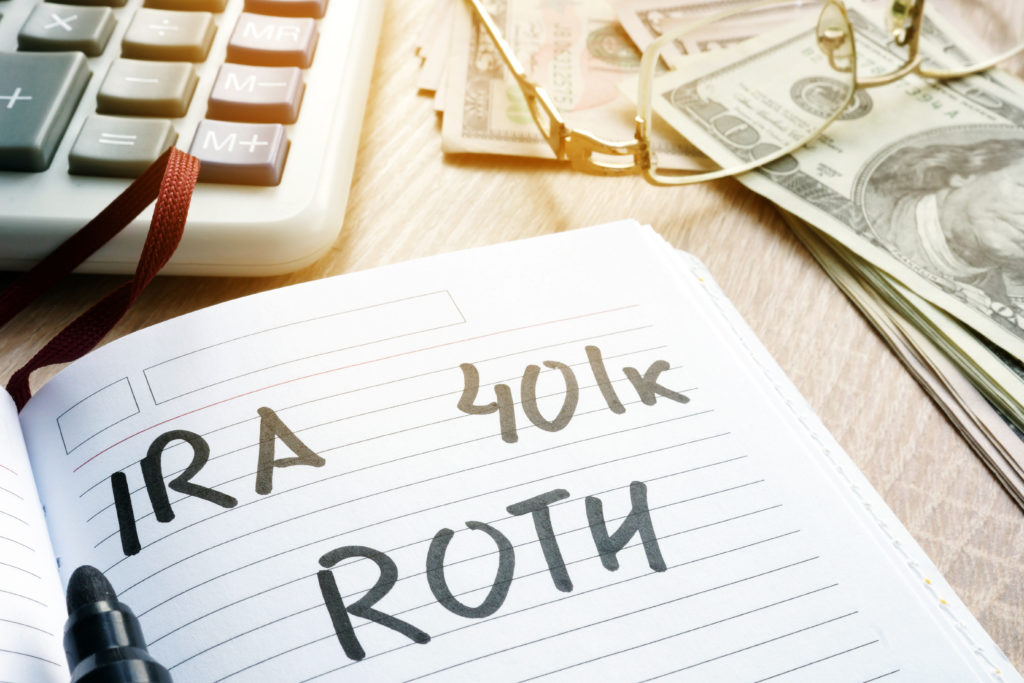 Angela Pickel, vice president of retirement services for the Payroll Company, said her company often with small businesses focuses on maximizing the business owner’s retirement while offering a means to attract and keep critical employees. She said these were two “leading considerations” for a business to set up a different retirement plan.

An employer can’t contribute to CalSavers IRA plans, according to the program.

“It’s gonna stand out” if your business only facilitates the employee-funded CalSavers while a competitor offers a plan featuring an additional employer contribution, Pickel said.

One major national competitor definitely will. The Boyd Group, which owns Boyd Autobody, Gerber Collision and Assured Automotive, last year put half of the projected $11 million CAD savings from U.S. tax cuts into better benefits for its technicians. It increased vacation and holiday pay for commissioned repairers, and it doubled its employer match and shortened vesting on repairers’ 401(k)s.

“We’re not out of the woods” on the tech shortage, but the Boyd Group made enough progress to post the kind of sales results it did in the fourth quarter, CEO Brock Bulbuck told analysts earlier this year.

Asked what they were doing to address the shortage of technicians/skilled labor, 38 percent of study respondents reported “Better Pay,” while 32 percent said “Enhanced Benefits.” Another 58 percent said they were using “Training/Career Planning,” though it’s unclear which strategy or strategies that encapsulated.

Frazer said he knew of few employers which offered retirement plans without also contributing to the account themselves. The “whole point” is to contribute and provide a benefit, he said.

CalSavers plans to offer both traditional and Roth IRAs. Frazer said both the business owner and employees would give up tax savings by opting for a Roth IRA versus a different type of plan.

In a group 401(k), the employer can deduct the company’s contributions, and the employee’s  contributions aren’t counted as taxable income, according to Frazer. (Of course, the employee will eventually see their 401(k) withdrawals taxed during retirement.)

A plan like SCRS’ 401(k) for members “could be a net win” for employee and employer in this regard, Frazer said.

Some employers argue that they just pay employees more instead of offering a retirement account, Frazer said. “That’s taxable money,” he said.

A Roth IRA contribution is post-tax — the employee’s taxable income in the government’s eyes hasn’t been reduced by the savings, according to Frazer. (The withdrawals during retirement aren’t taxed, though.)

A traditional IRA is sort of pre-tax for the employee — it’s counted as income, but you can then deduct it and get taxed later on withdrawals. However, the employer still wouldn’t catch a tax break.

The amount any employee can contribute is also limited in either a traditional or Roth IRA; a maximum of $6,000 a year is permitted per person in 2019, according to the IRS. However, an employee can stick a maximum of $19,000 into a 401(k) this year, and they and their employer combined can put in up to $56,000.

“Traditional IRA’s can be tax deductible to an employee, but 2019 limits are $6K for under 50 and tied to income thresholds for tax deductibility,” Frazer wrote, citing Investopedia. “In addition it would not be tax deductible in your paycheck, rather you would then take it on your tax return when filing.”

Most California employers will by mid-2022 have to offer a retirement plan or facilitate the employee establishing an IRA through CalSavers. (designer491/iStock)