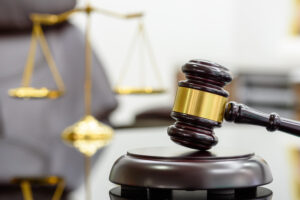 A lawsuit filed in Florida last week regarding homeowners insurance could serve as a cautionary tale for auto insurance carriers and policyholders as well as collision repairers caught in between both during repair negotiations.

The lawsuit, filed on May 16 in Leon County by Restoration Association of Florida and Air Quality Assessors against Florida Insurance Commissioner David Almaier, American Integrity Insurance Co. of Florida, and Heritage Property & Casualty Insurance Co. alleges violation of law and policyholder rights. “A number of” undisclosed RAF members are policyholders of the disputed insurance policies.

Unlawful conduct by the defendants has “stripped away Florida homeowners’ and their assignees’ lawful rights and remedies regarding property insurance claims and used the Florida Office of Insurance Regulation to unconstitutionally approve ill-conceived changes to their policies,” the suit states.

The correlation can be made between vehicle appraisals and insurance carriers either not offering an appraisal clause – that is, allowing third-party appraisals of damages – or stripping policyholders of their rights by amending policy language to exclude the consumer protection. Auto Claim Specialists Managing Director Robert McDorman gave an example of State Farm’s policy changes in Texas that have been in effect for about five years; similar changes have been made in other states as well.

The original policy is pretty cut and dried. It states that if State Farm and policyholders can’t come to an agreement on the amount of loss, either party can demand an appraisal during which each would hire their own appraiser who will select an umpire then an actual cash value is reached and is binding.

The policy changes still allow for the right to appraisal but, as McDorman said, “shot the guts out of their appraisal clause” by narrowing its use only to actual cash value determination instead of for both ACV and other elements of loss, such as repair procedure disputes. The policy language in Texas, which has also been used in other states, according to McDorman, now reads:

“The appraisers shall only determine the actual cash value of the covered vehicle. Appraisers shall have no authority to decide any other questions of fact, decide any questions of law, or conduct appraisal on a class-wide or class-representative basis. …You agree with us that the repair estimate may include new, used, recycled, and reconditioned parts. Any of these parts may be either original equipment manufacturer parts or non-original equipment manufacturer parts. The cost to repair the covered vehicle does not include any reduction in the value of the covered vehicle after it has been repaired, as compared to its value before it was damaged.”

The above goes against the Texas Department of Insurance’s Bill of Consumer Rights, which states, in part: “you have the right to choose the repair shop and replacement parts for your vehicle. An insurance company may not specify the brand, type, kind, age, vendor, supplier, or condition parts or products used to repair your automobile.” The TDI states that the appraisal process is for disputes about claim amounts.

Safety is also brought up in the Florida homeowners lawsuit, which alleges that Heritage’s policy prevents homeowners from making emergency repairs “during hazardous or other extreme weather events” because they’re required to get approval for repair services before they’re made.

“Heritage usually cannot verify coverage and approve immediate remediation of property damage during these extenuating circumstances. …This requirement will likely result in exacerbating damage to a home, causing additional damage to a home, or both with implications for substantial added expense.”

The suit alleges the goal of American Integrity and Heritage P&C is “to mount as many barriers as possible to homeowners receiving the proceeds of their policies for lawful claims while, at the same time, reaping the benefits of policy premiums paid by Floridians.”

The suit also states that Altmaier has said his office, the Office of Insurance Regulation, “can assist where the legislature fails” – a statement that the plaintiffs argue “disregards traditional notions of separation of powers in our system of state government.”

“The result of this ultra vires exercise of authority will cost policyholders more money to enforce insurance contracts for which they have paid premiums, require them to give up their right to a trial by jury as guaranteed ‘inviolate’ by the Florida Constitution, and incur costs to vindicate rights that the Florida Legislature stated must be paid by the Insurance Company Defendants,” the suit states.

The goal of the suit isn’t monetary relief but, “protecting the rights of homeowners and the use of AOBs [Assignment of Benefits] as a statutory right in Florida are germane to RAF’s purpose,” the suit states. A jury trial is demanded and seeks to have the policies in question deemed null and void. The suit also seeks declaratory and injunctive relief.

“It seems pretty evident that the Office of Insurance Regulation and the insurance companies got together and approved these particular policy changes in violation of Florida law,” Joshua B. Alper, attorney for the plaintiffs, told Repairer Driven News. “There is just a categorical diversion or usurpation of authority as to who is allowed to approve policies like that in terms of whether it’s the legislature that has the exclusive purview over what insureds and assignees have under Florida law versus what the executive branch and the Office of Insurance Regulation is allowed to approve.

“The lawsuit, in part, is challenging the authority of the Office of Insurance Regulation and the insurance companies to change policies that are contrary to and contradict Florida law as enacted by the legislature.”

Both insurance companies are steering policyholders away from court over claim disagreements and into arbitration by putting in their policies that their attorney fees won’t be paid, Alper said, which is “a pointed attack against homeowner rights.”

The lawsuit adds to that point that, “the text approved by OIR will confuse policyholders or assignees and subject them to mediation and confidential binding arbitration when they have a right, by law, to go to court.”

When RDN asked the Office of Insurance Regulation for comment on the lawsuit, spokesperson Alexis Bakofsky said, “OIR does not comment on pending litigation.”

The defendants also hadn’t filed a response to the lawsuit as of Monday afternoon.

Florida Gov. Ron DeSantis called a weeklong special legislative session that began today to address problems with the state’s “turbulent” property insurance market, according to the Associated Press. The AP reports that “there has been growing consensus among lawmakers for the need to reform aspects of property insurance law, with DeSantis saying the goal would be to ‘bring some sanity and stabilize and have a functioning market.'”