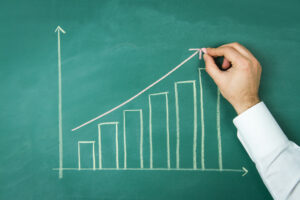 Allstate and GEICO will each take in nearly $200 million in additional premium nationwide as a result of auto insurance rate increases implemented in April, according to an analysis by S&P Global Market Intelligence.

The analysis, which is based on publicly available rate filings submitted to state insurance regulators, found that Allstate had received approval for 22 rate increases across 13 states. When combined, the increases could potentially increase the carrier’s calculated premiums by nearly $195 million, S&P Global said.

GEICO was a close second, expected to realize an additional $193.4 million in premiums through 10 increases approved in the month. Georgia and Arizona drivers will be paying the bulk of the additional premium, calculated at $119.7 million and $58.5 million in those states, respectively.

The “most impactful” state premium increase will be felt in Louisiana, where about 1 million State Farm policyholders will pay an additional $95.3 million, thanks to an approved 7.2% increase, S&P Global said.

In Texas, State Farm was permitted to raise its rates 9.7%, collecting an additional $64 million.

S&P Global found two double-digit percentage increases at the state level, both awarded to Allstate. In Louisiana, drivers will see a 14.9% increase, for a $51 million rise in premiums collected. And in Virginia, a 12.1% increase will bring in an additional $42.1 million in premiums for the carrier. 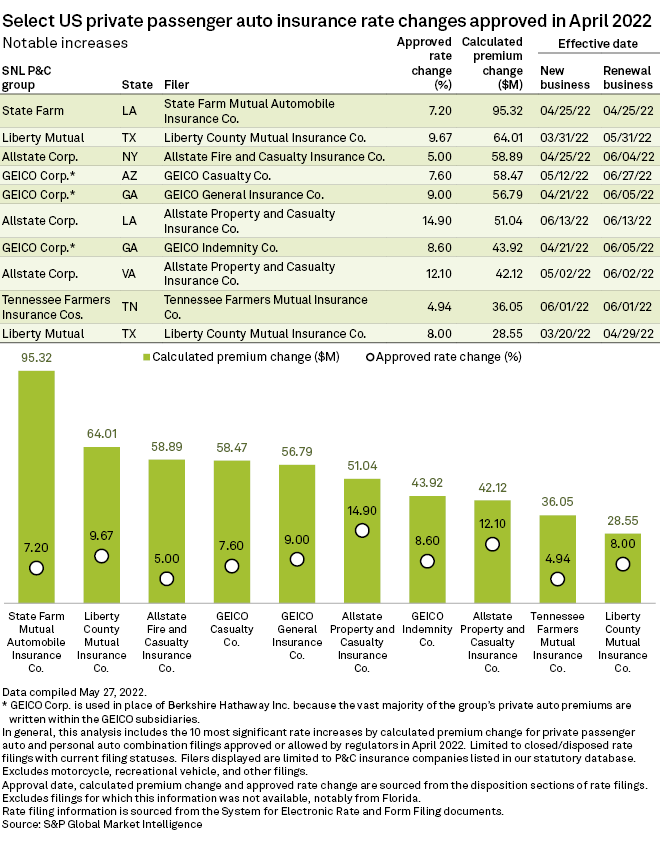 Allstate, for one, has made no secret of its intention to raise auto insurance rates throughout 2022 as it reacts to an increase in the number of physical damage and bodily injury severity claims.

Allstate CFO Mario Rizzo told investors on April 29 that the carrier had increased its rates in March, on average, by 9.8% in 15 locations and “implemented 53 rate increases averaging approximately 8.2% across 41 locations since the beginning of the fourth quarter 2021.” 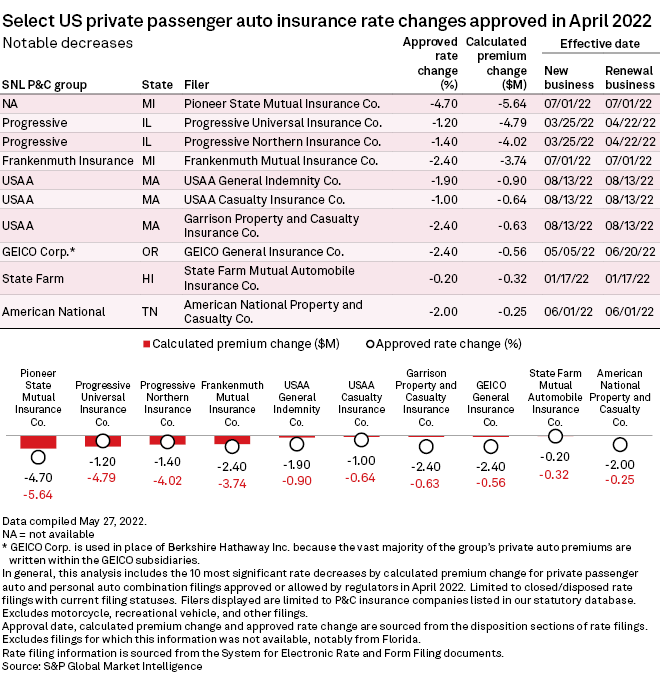 Not all carriers are raising rates, S&P Global found. In Michigan, Pioneer State Mutual Insurance Co. has received approval for a 4.7% rate decrease, lowering the expected premiums by $5.6 million. The new rate will affect about 61,000 policyholders beginning July 1.

S&P Global notes that states use a variety of rate regulation mechanisms such as prior approval, modified prior approval, file and use, and use and file. The form filing laws govern the type of policy form regulation used by the state and may not require explicit approval by state regulators prior to using the new rate, it said.