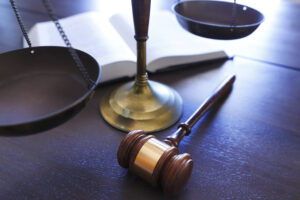 Two lawsuits filed against Flordia state officials claim two new laws are unconstitutional and allow insurers to delay, underpay or not pay homeowner claims at all, thereby harming not only the owner but contractors.

Both suits state that “RAF members believe Defendants, and the agencies they control, will accept complaints, seek responses, and sanction or otherwise penalize contractors for seeking full compensation.” The 4-D, in which roofing company Florida Premier is a plaintiff as a RAF member, also states fear of sanctions or penalties by RAF members for replacing roofs.

Both suits make nearly identical allegations that Senate Bill 2-D and Senate Bill 4-D violate the Florida Constitution’s due process clause and the state’s single-subject rule. They also claim the laws cut off access to the courts by preventing contractors from being able to recover prevailing party attorneys’ fees — fees that are “not economically reasonable for the contractor to pay.” 2-D targets all contractors, while 4-D targets roofing contractors specifically, according to the suits.

The 2-D suit also alleges violation of the equal protection clause of the Florida Constitution.

When asked to comment on both cases, Florida Department of Business and Professional Regulation Director of Communications Beth N. Pannell told Repairer Driven News the department doesn’t comment on active litigation. The CILB and Building Commission are governed by the Florida DBPR.

Correlations to the collision repair industry can be made through the ramifications that would ensue if anti-steering laws and the right to appraisals were taken away. The comparison can be made as well to auto insurers pushing shops to not follow OEM repair procedures to save money.

How roofing contractors are affected by 4-D can also be compared to vehicle total loss determinations. Under the new law, roofs that have been damaged more than 25% and were previously repaired or replaced under the state’s 2007 building code can still be repaired rather than replaced. Conversely, Florida’s Matching Statute states roofs that are damaged more than 25% must be replaced. More than half of the 50 states have total loss thresholds — the percentage at which vehicles are deemed totaled by law but that isn’t always followed. In states that don’t mandate a threshold, insurers can use total loss formulas (TLFs) instead, which is reached when the cost to repair a vehicle plus the actual salvage value that can be recouped exceeds the value at the time of loss.

Both 2-D and 4-D were effective immediately when Gov. Ron DeSantis signed them into law on May 26.

The SB 2-D suit alleges the law “unconstitutionally targets assignment of benefits (AOB) contracts executed between a homeowner and his or her contractor of choice.”

“Claims submitted to insurers for work performed by contractors under an AOB are generally not large in monetary amount. When the insurer delays, underpays, or does not pay a claim at all, contractors are forced to commence an action against the insurer to recover the full amount due for the work performed.”

Based on the experience of RAF members including Air Quality Assessors, which is named as a plaintiff RAF member and AOB assignee in the 2-D suit, “legitimate claims are often delayed, underpaid or not paid by insurance companies at all,” which requires them “to pursue their lawful rights and remedies in court.”

“The Florida Legislature believes homeowners’ rights are so critical that it codified a Homeowner Claims Bill of Rights… into law,” the suit states. “While the Homeowner Bill of Rights is not intended to list every right recognized under Florida law, it does state homeowners generally have the statutory right to choose the contractors that repair damage to a home with respect to an insurance claim. In this connection, AOBs are frequently used in the property damage industry to make the claims process more efficient for the homeowner and the contractors. Fundamentally, an AOB is a written agreement that permits an insured to voluntarily assign his or her rights and insurance benefits to a third-party contractor.”

In this portion of the suit, collision repairers could think of themselves as the AOBs, or as contractors in general, and insurance policyholders as having the right to choose the shop they want their repairs done at.

The point is made in the suits and Joshua B. Alper, the plaintiffs’ attorney, told RDN that in addition to not being allowed to put a lien on a house under a law passed in 2019, AOB contractors waive all rights of recourse against homeowners.

“There’s no alternative that the legislature gave AOB holders for taking away the right to recover their attorneys’ fees yet they still have all of the burdens of the existing law,” Alper said. “That, in and of itself, is a due process problem. It’s a equal protection problem. It’s an access to courts problem.”

He added that both laws will “impact a lot of contractors who, let’s face it, those are the people that are out there on day one picking up the pieces for everybody to figure out how to get people’s homes back to working owner and this is just an assault on their rights to get paid.”

No money damage claims are sought by either suit. Both demand a jury trial.

“The law creates a perverse incentive for an insurance company to continue practices that wrongfully delay, underpay, or deny claims and then force the contractor to file a lawsuit rendering collection of the claim economically detrimental altogether,” the 2-D suit states. “The result is to place such substantial burdens on AOBs that homeowners are more likely to be saddled with the costs of repair and battling with insurance companies to receive the benefits of the policies for which they have paid premiums.”

The suits state that the new laws are the “product of a special session called to allegedly address: (a) ‘frivolous lawsuits’ affecting the property insurance industry; (b) two straight years of property insurance underwriting losses exceeding $1 billion; (c) the insolvency or midterm cancellation of policies by several insurers; and (d) the increased utilization of Citizens Property Insurance, the State of Florida’s public insurer of last resort.”

Both suits allege that insurance companies have directed their employees not to perform tests that would’ve substantiated valid claims, removed damage estimates from reports, included items in reports that field adjusters “did not believe to be true,” instructed employees not to say or write the word “damage” in any reports and not to write damage estimates, stated that the property loss wasn’t covered by policies “when field adjusters knew such statements were false,” advocated for repairs instead of replacements as a way to underpay claims and “denied valid Hurricane Irma claims without justification and regardless of whether a field adjuster observed damage.”

The 2-D suit claims the law “contains voluminous distinct subjects” and 4-D in its “sweeping and omnibus nature” violate the state’s single-subject rule that every law is to only be on one subject.

SB 4-D “allows insurers to repair roofing systems when they should be replaced” and the plaintiffs claim that “infringes upon the rights of homeowners and roofing contractors who perform work under valid assignment of benefits (AOB) contracts,” according to the suit.

This mimics the commonplace practice of auto insurers telling repairers to ignore OEM repair procedures and take the cheapest route to fix vehicles. Similar to improper repairs made to vehicles or repairs made in place of replacements, the 4-D suit points out that a roofing job “done unevenly and not uniform can oftentimes result in a decrease in resale value, and a vicious cycle of constant repairs and replacements” in addition to negatively affecting structural integrity.

“The irreconcilable nature of this statutory conflict constitutes a due process violation under the Florida Constitution by seeming to impose a duty on a contractor to replace the roof but may allow the insurer to deny the ensuing legitimate claim,” the suit states. “Plaintiffs cannot be required to choose which statute to follow when repairing or replacing roofs, and, at the same time, be subject to investigations, sanctions, and other penalties by Defendants based on their compliance with existing Flordia law for claiming replacement costs.”

Alper added that 4-D is “an attempt by the legislature and the insurance companies to not have to replace as many roofs because it’s obviously more expensive to replace a roof than it is to make a repair.”

“What they didn’t address was the Matching Statute and that’s a problem because you can’t just ignore it,” he said. “And so, there is this now conflicting application of Florida law as to what contractors are and are not supposed to follow and then it gives the insurer this financial incentive to just say, ‘Well, you can just repair everything and we’ll still reap the benefits of the homeowner’s policy premiums.'”