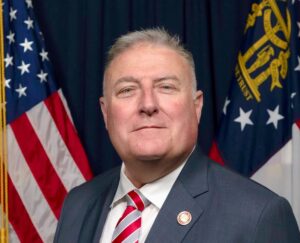 Georgia’s insurance commissioner has accused Allstate of exploiting a loophole in state law to impose a 25% increase in auto insurance rates there, the carrier’s second since the start of 2022.

“I am angry and disappointed that Allstate has chosen to exploit a loophole in state law to implement such a substantial increase in costs on hardworking Georgians when families are already struggling with historic inflation everywhere from the gas pump to the grocery store,” said Insurance and Safety Fire Commissioner John F. King. “This latest increase means Allstate has now bypassed our office to raise overall rates in Georgia by 40% in this calendar year alone.”

In response, King said he has begin conversations with legislators about changing Georgia law to give his office “additional authorities to protect consumers from these types of inexcusable actions.” Steve Manders, the state’s deputy commissioner of insurance, told Repairer Driven News that “nothing has been drafted as of yet” in that regard.

Georgia law establishes a “dual rate” filing system governing auto insurance rates. The insurance commissioner only has the authority to approve or disapprove minimum policy filings, while all other filings can go into effect immediately under what is known as “file and use.” Allstate’s latest increase falls under the latter category, the Office of Commissioner of Insurance and Safety Fire said in a statement.

Manders said Allstate’s filing differs from the norm both in its magnatude, and in its approach. Usually, he said, a carrier will submit two filings, including one for a minimum policy and the other under “file and use,” with both filings being considered at the same time. Allstate submitted only the “file and use” filing, avoiding the approval process.

This rate increase will take effect for new Allstate customers on September 12, while current customers will see the increase on their renewals beginning October 16, the office said.

The commissioner’s office is encouraging Georgia policyholders to reach out to Allstate to discuss the reasons for the increase and the options available to them. Allstate can be reached by telephone at 1-800- 255-7828, online at www.allstate.com, or on Twitter at @allstate.

Responding to ” ongoing inflationary impacts on claim severities,” Allstate has raised auto insurance rates by an average of 8.3% in all 50 states, according to the company’s second quarter underwriting results. Yet it’s continuing to lose money on auto insurance.

The carrier said last month that it paid out nearly $1.08 to cover claims and expenses in its auto business for every dollar of premium it collected. Even subtracting the effects of claims payments due to wind and hail storms, mainly in the Midwest, Allstate paid out $1.02 for every dollar in premium.

“The impact of rising claim repair costs and upward prior year loss reserve development led to a recorded combined ratio of 107.9 in the second quarter,” Allstate CEO Tom Wilson said in an August 3 statement. “The underwriting loss combined with equity valuation declines and losses on fixed income sales resulted in a net loss of $1.04 billion and an adjusted net loss of $209 million in the quarter. As a result, we are further accelerating insurance price increases, implementing underwriting restrictions in underperforming states and reducing advertising spend, which is expected to improve profitability and slow policy growth.”