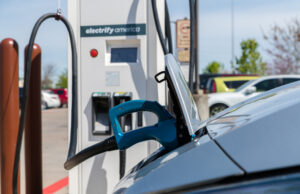 Customer satisfaction with the public charging infrastructure for electric vehicles (EVs) in the US has remained flat or fallen, as growing sales of the vehicles puts additional stress on an “already beleaguered” system, according to a study released Wednesday by J.D. Power.

Even though the number of charging stations is larger than ever, at more than 120,000 and rising, customer satisfaction with public Level 2 charging declined from last year, from 643 to 633 on a 1,000-point scale. Satisfaction with the speedier direct current (DC) fast charger segment remained flat at 674.

Tesla, whose network has so far been open only to Tesla vehicle owners, scored above average in both categories, with a score of 680 for its Destination Level 2 charge point operators and 739 for its Supercharger DC fast chargers. J.D. Power said the results point to a need for improvement as EVs become more widely accepted, because the shortage of public charging availability is the top reason for shoppers to reject EVs.

“Public charging continues to provide challenges to overall EV adoption and current EV owners alike,” Brent Gruber, executive director of global automotive at J.D. Power, said in a statement. “Not only is the availability of public charging still an obstacle, but EV owners continue to be faced with charging station equipment that is inoperable.”

A New York Times article published Wednesday offered similar findings. Titled “A Frustrating Hassle Holding Electric Cars Back: Broken Chargers,” the article notes that one recent study found that about a quarter of the public charging outlets in the San Francisco Bay Area, where electric cars are commonplace, were not working. “The electric vehicle revolution is nearly here, but its arrival is being slowed by a fundamental problem: The chargers where people refuel these cars are often broken,” author Niraj Chokshi wrote.

“Many sit in parking lots or in front of retail stores where there is often no one to turn to for help when something goes wrong. Problems include broken screens and buggy software. Some stop working midcharge, while others never start in the first place,” Chokshi wrote. Gruber noted that while the US Department of Transportation’s National Electric Vehicle Infrastructure (NEVI) Formula Program will lead to sizable growth in the availability of EV charging stations in the US, simply adding stations isn’t the answer.

“Stations need to be added to areas where there are currently gaps in heavily traveled routes and in high-density areas for people who don’t have access to residential charging, but most importantly, designed with things for users to do while charging—regardless of the use case. Then, we need to make sure those stations are reliable,” Gruber said.

In one bright spot for the industry, most consumers said they were fairly satisfied with the ease of the charging process. Satisfaction for those using a DC fast charger was 745, while Level 2 charging stations were at 699. “This indicates that current EV owners understand the operation of both types of chargers, so the systems themselves do not prompt issues,” the study said.

Most of the other attributes related to public charging scored lower, J.D. Power said. For instance, satisfaction with the cost of charging was just 473 for DC fast chargers, and 446 for Level 2 chargers.

Motorists were fairly satisfied with the ease of finding a public charging station, thanks to the growth of the infrastructure. But one in five respondents ended up not charging their vehicle during their visit, with 72% of those indicating it was because the station was malfunctioning or out of service.

Satisfaction varied by region. Respondents in the West North Central region (Iowa, Kansas, Minnesota, Missouri, Nebraska, North Dakota, and South Dakota) were most satisfied with the availability of charging stations, while those in the East North Central region (Illinois, Indiana, Michigan, Ohio and Wisconsin) were most satisfied with the condition of the public chargers.

The Pacific region, led by California, has both the highest number of public chargers and the highest concentration of EVs, but their satisfaction with the availability and condition of chargers was lower than in some other regions.

Convenience and price were the key reasons users of Level 2 chargers cited for picking a particular charging location. Users of DC fast chargers are typically on a road trip, with location and convenience being the key factors.

“Although fast charging is seemingly getting faster by the day, to expedite the charging process vehicles will need to accommodate the newest ultra-fast chargers,” Gruber said. “Currently, only a handful of vehicles can take advantage of the fastest charging speeds. And no matter how fast their vehicle charges, EV owners still indicate they need more options for things to do during each charging session to enhance convenience and fill the down time.”