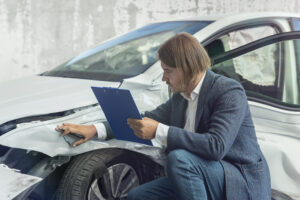 The Texas House Insurance Committee will hold a public hearing Sept. 6 to “review consumer rights and appraisal in automotive and homeowner policies,” and the state’s Department of Insurance is now aware of changes Auto Claim Specialists and the Auto Body Association of Texas (ABAT) want when it comes to independent appraisals.

The committee meeting will begin at 10 a.m. Central Time. Trade industry practices and interaction with insurers and consumers will also be reviewed. Testimony will be heard as well, according to the meeting schedule.

All four parties told Bellsnyder that independent appraisals benefit both policyholders and insurers and that TDI should provide a separate umpire roster for personal property claims. It currently only provides a roster for real property claims, which McDorman finds to be “very misleading.”

“Whether mandatory appraisal becomes part of Texas law or not that needs to be addressed,” he said. “It’s a void in their display of the appraisal process.”The appraisal companies involved in the conversation agreed that not having a roster is an issue, McDorman added.While TDI didn’t commit or agree to anything during the meeting, according to McDorman, Bellsnyder did say he would take their concerns to Commissioner Cassie Brown.

Bellsnyder didn’t respond to Repairer’s Driven News’ request for comment. The department’s Media Relations Department said, “TDI consumer publications commonly remind consumers to consider requesting appraisal on home, auto, TWIA, and flood claim issues,” and provided the following links: “What if my insurance isn’t paying enough?”, “Get help with an auto insurance complaint,” and “Get help with an auto, home, life/annuity, or other insurance complaint.”

Richards told RDN that ABAT stands behind the right to an appraisal being a mandatory policy provision. He recommends appraisals in his own shop to help his customers who are running out of days that their rental vehicles will be covered by insurance and, because of that, feel pressured to accept an unacceptable repair pushed by their carrier.

“From ABAT’s position, and from a body shop’s position, this [appraisal] is really a great option for the insurer when there’s a repair dispute because, from the collision center’s side, there’s a friction,” Richards said. “You submit a supplement to an insurance company and the insurance company, nowadays, nine out of 10 times, don’t even come look at the vehicle and they cut your supplement sometimes 50, 60, 70%, and a lot of the things they are denying are necessary for procedures – OEM recommended procedures. So, instead of us battling it out with an insurance company, what we do is we… give them [customers] the option to exercise their policy rights and go through their right of an appraisal.

“A lot of times, …we’ll just go ahead and make those repairs to the vehicle and then we leave it up to the unbiased appraisers to come up with their decision. I’m always comfortable with that decision. Sometimes it may not be exactly the amount that my repair plan is; sometimes it’s less, sometimes it’s really close, and in some instances, it’s a little bit more. But I can go ahead and flag my technicians in labor, get the parts, and get the vehicle delivered so it’s a great option for the consumer and it’s a lot cheaper for them than having to go through court.”

An umpire roster would provide consumers and carriers with TDI-approved appraisers, which McDorman, among other qualifications, would like those on the roster to hold a personal property appraisal certification and to act as an umpire on at least 12 personal property claims per year, he said. His recommendations will be passed on to Bellsnyder at his request during the meeting.

“More times than not, the appraisal assignments that our clients come to us to help them with are not limited to monetary compensation for their loss but they’re directly related to the repair procedure that the carrier has authorized, which is not a safe and proper repair,” McDorman said. “The appraisal process removes the carrier’s inexperienced field appraiser or desk review appraiser and also the collision facility and puts that appraisal decision in the hands of unbiased professionals that can come to a safe and proper repair agreement. It’s imperative that the umpires be of the same training and be of the same mindset.”

He added that, while it hasn’t been established by courts yet, he believes independent appraisers and umpires are liable for their decisions because “they’re making the binding decision on what is the proper repair procedure on that car.”

ABAT agrees, too, that umpires involved in appraisals “should have knowledge on what a proper repair is,” he added. When it comes to insurance policies, they’re often written in favor of the carrier so “they’re controlling the repair, Richards said.

“From a repairer’s perspective — we’re liable for that repair, not the insurance company. …We just feel like it’s something that needs to be addressed.”

Richards added that TDI is “disconnected” on the meaning of the right to an appraisal.

“Through the appraisal clause, it would take them out of it, too. TDI ought to be the biggest one up there applauding for this to stop getting wore out from shops because they don’t ever do anything about these situations. …I field these calls every day from body shops across the state. It’s not just me. We’re representing these other shops. It’s extremely frustrating and it’s definitely time for something to change.”

State Farm is the only carrier in Texas, that McDorman is aware of, that doesn’t allow an independent appraisal. Due to policy changes that were made about five years ago, if State Farm chooses to repair a vehicle based on unsupported documents and not on OEM repair procedures there’s no mechanism in the state and policy to contest the repair, according to McDorman and the policy document he provided.

The original policy is pretty cut and dried. It states that if State Farm and policyholders can’t come to an agreement on the amount of loss, either party can demand an appraisal during which each would hire their own appraiser who will select an umpire then an actual cash value is reached and is binding. The policy changes still allow for the right to appraisal but narrow its use only to actual cash value determination instead of for both ACV and other elements of loss, such as repair procedure disputes.

“State Farm has clearly put themselves in the position of a repair professional and that can’t be allowed,” he said.

Apart from Texas, McDorman has talked to several state insurance commissioners across the U.S. who have said the lack of appraisal rights and under-indemnification are nationwide issues.

“It’s a problem of epic proportion and we just need to keep beating the drum. …It’s human nature to criticize what you don’t understand but as leaders in our business and leaders in watching over consumer safety, we have a judiciary responsibility to educate anyone that will listen, and the ones that don’t listen, we have to keep talking.”