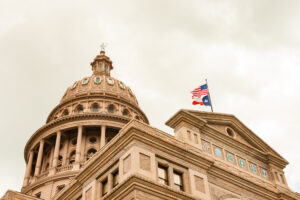 The importance of auto insurance policyholders being able to invoke their right to appraisal and concerns over under-indemnification as well as vehicle safety was brought to Texas legislators last week during a public hearing held by the House Insurance Committee.

Melissa Hamilton, public counsel at the Texas Office of Public Insurance Council (OPIC), explained to the committee that the appraisal clause was the general standard for years in auto insurance claim disputes until 2014 when a large insurance carrier, which she didn’t name, sought approval from the Texas Department of Insurance (TDI) to remove the clause from its policies. Approval was granted in 2015. Only one other insurer, who also wasn’t named, has sought approval to remove the clause since then, in 2021, to which OPIC filed an objection with TDI. The insurer’s request was denied in July for failure to address TDI’s questions, she said.

In the last few years, there has been “this increasing tension between the insurance companies and the body shops and at the heart of all of those is what does it take, what is that amount, to properly repair a vehicle? What is the cost to repair a vehicle? That is not to point fingers,” Hamilton said. “I honestly believe that both sides, both the insurance companies and the body shops, have some very valid concerns and points.”

She added that appraisals do cost money to both policyholders and insurers and they take time but are still a viable option that serves as an incentive for body shops and carriers to negotiate. OPIC has found in its research that if an appraisal clause isn’t in their policy, consumers would have to go to court but their cases usually don’t involve enough money for attorneys to take their cases, according to Hamilton.

Hamilton noted that the right to an appraisal is only one slice of the pie with the larger issue being what it takes to adequately and properly repair a vehicle from OEM parts versus like kind and quality parts and the role of preferred body shops versus independent shops.

Committee Chairman Dr. Tom Oliverson (R-District 130) said he sees the opportunity for a study to be conducted on the nearly eight years worth of data from the insurer that removed its appraisal clause.

John Schnautz, with the National Association of Mutual Insurance Companies (NAMIC), said the carrier that removed the right to appraisal only removed it for partial loss claims and that the other company that filed for approval to remove the clause wanted to do the same thing. He believes that allowing policy form freedom wouldn’t keep insurers from doing the right thing because they could still be sued if they do the wrong thing, he said.

“I think the concern some companies have here… and it’s in the filing from the company that put it out there, they talk about the reason they want to do this is they’re seeing more appraisal requests where the request is really coming from the appraisal facility under an assignment and they’re concerned that’s going to turn into a situation where you have the fringe of a repair market driving costs that everybody ends up having to pay,” Schnautz said.

Committee member Rep. Celia Israel (D-District 50) asked Schnautz if he thinks “it’s worthwhile for us to take a look at everything that has to do with safety.”

“Texas are driving more,” she said. “Texans are driving faster. Texans are driving more dangerously. That’s a trend. That’s a bad trend. …We’re getting caught up in a discussion around profit and we’re forgetting the fact that there are people that are buying a car that might’ve been in an accident and the sensors weren’t fixed and nobody knows about it. There’s bad products out there called vehicles and people are buying them because they need to get to work.”

Schnautz responded, “the insurance industry is always at the table on safety issues.”

“I am skeptical of assertions that what the insurance agency is doing here is simply prioritizing the absolute lowest common denominator bottom line to sacrifice safety because I don’t think our member companies are doing that,” he said. “The idea that it’s ‘Just slap it together and get them back on the road and we don’t care what’s going to happen,’ I don’t think the reality of the situation holds that up. Insurers have lots of incentives to have their customers be satisfied and safe and back on the road.”

Auto Body Association of Texas (ABAT) President Burl Richards claimed the contrary in his testimony. He said, as far as he’s aware, there aren’t any insurance policies that state insurers are required to return damaged vehicles back to pre-accident or pre-loss conditions nor are there any laws that require that language to be in policies.

For example, State Farm’s policy states they determine the prevailing rate, what’s fair and reasonable, and how vehicles will be repaired, he added.

“The appraisal [clause] is the answer to a lot of these woes. …The appraisal is a great way to have an unbiased third party look at the claim [and] settle the claim. The other side is, I hope everybody understands, the insurance company has no liability in that repair. …That’s on me. I made the repair so now you’re stuck with repairers saying, ‘OK, do I do it for free because it’s the safest; it’s the right thing to do? Do I charge the customer the difference? Or does the customer have to go to an attorney?’ But when you can go through the appraisal process, it really expedites the whole process.”

“TDI does recommend appraisal,” McDorman said. “It’s really interesting in states that appraisal is mandatory how the loss is so much closer to right. On eight out of 10 claims that come to us on total loss claims we’re able to increase that settlement $4,200 so these are not small numbers.”

He added that valuation of loss should be automated, however, he cautioned that an automated system will never be perfect. The right to appraisal should be mandatory in every U.S. state, McDorman said.

Consumer Federation of America Director of Insurance Doug Heller also pointed out that eliminating the right to appraisal affects public safety. Appraisals serve as a check and balance of insurers in determining how much to pay to repair a vehicle and provides a second opinion “that helps prevent dangerous mistakes and oversights in post-crash assessment and repair.”

“When insurance companies get repair decisions wrong, it can be a deadly decision,” Heller said. “It can mean a car that doesn’t crumple the right way the next time it’s in a crash. It can mean a driver, or perhaps the next owner of that car is in serious jeopardy because an insurance company either sought to cut corners or missed something and then refused to accept or even discuss another expert’s assessment. The appraisal process is a guardrail against corner cutting, lowballing, and mistakes by insurers.”

TDI Director of Consumer Protection Cindy Wright told the committee she pulled the number of consumer complaints filed with TDI from 2017 through the end of 2021 and out of about 100,000 complaints, 544 were related to appraisal but didn’t have specifics on what the complaints entailed. She noted that the complaints aren’t all specific to auto insurance.

TDI Director of P&C Lines Office Mary Ann Baker said she’s heard concerns from both sides about possible abuse of the appraisal process. More insurers, she said, are interested in adding to their clauses or making changes to them; some being just to add more provisions about how the process works. When asked if there are any statutory or rulemaking requirements for appraisers in Texas, Baker said, in general, there aren’t any but most policies require appraisers and umpires to be competent and independent and some have additional requirements.

Texas attorney and lobbyist Jay Thompson told the committee the solution to the issue is for the legislature to change public policy.

“Do we need a law that says something; is appraisal required or not required? …It certainly, I think, would make it easier for companies who want to compete. …I think it makes it easier for the regulator, as kind of the umpire, to know what standards they’re going to use when they approve or disapprove a [policy] form.”

Heller also provided some suggestions for the legislature to consider to improve the appraisal process: require the right to appraisal process in auto policies for both partial and total losses, require insurers to inform consumers that the right to appraisal exists, ensure that when an umpire is needed that they’re independent of insurance companies, put a cap on how much consumers have to spend to hire an appraiser and/or umpire, strengthen the timeframe for invoking an appraisal clause to prevent the claim process from taking too long, and require insurers to submit data to TDI on appraisal use, results, and the dollar value change in claims.

The data would “provide the legislature and the public with more information about how the process is working and it will give you the opportunity to address any concerns that are showing up with the data,” Heller said.

The committee didn’t take any action on the appraisal issue during the hearing.