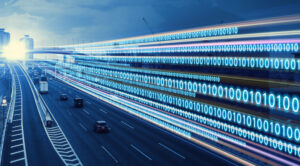 At a public meeting Wednesday called by the California Department of Insurance (CDI) to examine bias and discrimination by insurance companies, Consumer Watchdog said use of the technology to set premiums and determine who can get insurance coverage “is a serious threat to Californians and a violation of California law.”

“The promoters of Artificial Intelligence, algorithms and Machine Learning contend that every advance in technology improves our lives. That’s proven to be a myth,” the organization said in a statement delivered to Insurance Commissioner Ricardo Lara. “These technologies are the product of human engineers working primarily for large corporations. Their clandestine decisions on the choice of data to input and the algorithms and models that manipulate the data would allow Insurance companies to cloak old-school discrimination in a phony aura of technological infallibility.”

Asked what effect the organization’s statement might have, Consumer Watchdog founder Harvey Rosenfield told Repairer Driven News, “We have a 35-year track record of advocating for consumers in the insurance marketplace … I think the commissioner not only has to listen to us, but given our standing, it would be a serious mistake for him to ignore us.”

In its statement, the organization cited the use of vehicle telematics as a prime area of concern. It said the “vast trove” of data is being used in ways that go beyond the limits imposed by the California insurance code.

Under the Insurance Rate Reduction and Reform Act, also known as Proposition 103, premiums are to be based on “factors that are within a motorist’s control and can be objectively verified,” Consumer Watchdog said. “Now, insurance companies are demanding to be allowed to base auto insurance premiums on computer projections of a motorist’s risk of getting into an accident based on a person’s ‘geo-location,’ where and what time of day they drive, how and when a person applies the brakes, as well as a potential multitude of other unknown factors based on the vast trove of unverified personal data that is collected as people shop, research and interact online.”

Consumer Watchdog also accused carriers of “turning their policyholders’ private information into a new source of profits,” selling data about their customers’ driving and shopping habits to “Wall Street data collectors and advertisers.”

“Claiming that their ‘telematics’ algorithms are trade secrets, the insurance companies want to evade another cardinal principle of California law: that insurance companies must open their books and justify every method and manner by which they set rates, including the algorithms and models that purport to predict a person’s future likelihood of getting into an accident. Telematics shifts the insurance rate-making process from one that can be analyzed and verified to an arbitrary ‘smart black box’ system — in which the legitimacy of prices and underwriting practices can never be confirmed,” the statement reads.

The statement lists three other principal areas of concern:

Consumer Watchdog accused unnamed insurance companies of violating the rules put in place by Proposition 103, which says that rates and premiums must be set through “a public process that requires insurance companies to use objective, verifiable data to justify their pricing projections based on future claims, company expenses and profits.”

Instead, “insurance companies are pressing the Commissioner to abandon this approach in favor of using secret algorithms, models and Artificial Intelligence, which will lead to discrimination and higher prices,” Consumer Watchdog said.

“We urge the Commissioner to reject the glittery hype and facile promises proffered by the insurance companies and Big Data firms seeking a regulatory windfall at the expense of California consumers.”

Consumer Watchdog’s comments to the Commissioner