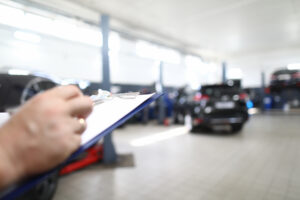 The CAR Coalition has released two research papers written by law professors that support the passage of federal legislation to support making OEM repair procedures and parts more accessible to give consumers the right to repair in both the collision and mechanical repair industries. However, the research shies away from efforts by insurers, often as a cost savings measure, to block reimbursements for repairs made using those procedures.

The coalition’s members include insurers, insurance and aftermarket parts trade associations, and parts dealers — some of which have actively opposed legislative initiatives that would require collision shops and insurers to follow OEM repair procedures in order to provide safe and proper repairs. The research papers argue that the issue is OEMs cutting off competition with aftermarket parts manufacturers and sellers by patenting parts and their designs as limiting access to necessary information for repairs.

The Alliance for Automotive Innovation (AAI) also takes that stance. “Competition is alive and well in the automotive repair industry,” AAI Senior Director State Affairs Wayne Weikel told RDN. “Drivers today have a range of repair options: from a dealer repair facility to a national chain repairer to an independent repair facility. Seventy percent of most post-warranty vehicle work today is completed by the independent aftermarket. The Federal Trade Commission – the government’s top consumer protection and competition agency – has cited the automotive industry as an example of the repair aftermarket ‘working well.’ Finally, automakers make available to independent repair shops all the tools, parts and service information needed to diagnose and repair a vehicle today. Independent repair shops are a vital part of the overall repair ecosystem and the system is working.”

AAI provides more information in its right to repair myth vs. fact sheet.

CAR Coalition Executive Director Justin Rzepka, in a Sept. 20 news release, states that “Repair restrictions on automobiles are driving prices higher at a time when many Americans can least afford it. These research papers demonstrate the impacts of these restrictions on consumers’ bottom lines. As technology develops, policy surrounding these issues must as well. It’s time for Congress to get serious about solutions, including the REPAIR Act and SMART Act, to ensure consumers have options for quality, safe, affordable auto repairs and more control over their data.”

Rzepka didn’t respond to questions from RDN by the publication deadline.

Legislation that CAR Coalition and its paid researchers back are the Right to Equitable and Professional Auto Industry (REPAIR) Act and the Save Money on Auto Repair Transportation Act (SMART) Act. Neither has moved past being introduced.

The REPAIR Act would require automakers “to provide to a vehicle’s owner certain direct, real-time, in-vehicle data generated by the operation of the vehicle that is related to diagnostics, repair, service, wear, and calibration or recalibration of parts and systems of the vehicle,” according to the bill text. It would also mandate the National Highway Traffic Safety Administration (NHTSA) to issue standards for access to vehicle data through a standardized access platform. The SMART Act would limit design patent infringement liability for component parts used to repair the exterior of a motor vehicle, according to the bill text.

Each of the white paper authors tackles one of the bills — the REPAIR Act by Aaron Perzanowski, an author and University of Michigan law professor, and the SMART Act by Joshua D. Sarnoff, a law professor at DePaul University College of Law. Both said the compensation they received from the coalition didn’t sway the opinions they expressed and the research used in their papers.

Perzanowski states in his paper that federal law “has reflected a policy favoring equal access to repair information” for more than 30 years but, during that time, manufacturers have developed “techniques” to restrict repair information and access to tools to consumers and independent repairers.

“Those tactics include encrypting software and data, adopting nonstandard interfaces, as well as rerouting vehicle performance and diagnostic data from the standard OBD system to closed telematics systems, which transmit data directly to manufacturers and dealers, excluding independent providers,” he wrote.

He also noted that consumers prefer independent repairers over franchised dealers “by a wide margin” and cited 2020 CAR Coalition data that says 70% of repair parts and services are supplied by independent providers. Auto repair has historically been “characterized by consumer choice, robust competition, reasonable prices, and reliable quality,” Perzanowski wrote.

Perzanowski argues that the increased technology in vehicles in recent decades including software code, electronic sensors, and telematics systems has given OEMs and franchised dealers “greater control over vehicle repair” and that the REPAIR Act “would empower consumers by requiring manufacturers to make vehicle data and repair information available to car owners and their designated repair providers through a standardized, secure platform.”

The act, he said, would also protect vehicle owner rights and promote “a robustly competitive repair industry” in three ways: by prohibiting OEMs from preventing vehicle owners or their designees from accessing vehicle data, repair information, and tools; requiring OEMs to make repair information and tools available to vehicle owners, repair facilities, and aftermarket parts manufacturers on “fair and reasonable terms,” and would use “industry and regulatory expertise to ensure the safety, security, and privacy of consumers with respect to vehicle data.”

During a hearing held last week by Congress’ Subcommittee on Underserved, Agricultural, and Rural Business Development, U.S. Rep. Claudia Tenney (R-N.Y.) said, “The right to repair is alluring in its simplicity. In theory, it seems obvious that if you do buy something, you own it, and you should have the freedom to do what you want with it. The right to repair, if properly designed, can create a world of consumer choice, competitive pricing, and potential cost savings. However, when this issue is examined in full depth, it becomes substantially less black and white.”

The 2014 MOU between automakers and the aftermarket, which is an agreement by OEMs to meet the requirements of the 2013 Massachusetts right to repair law nationwide, was also cited during the hearing as a good example for other industries to go by. It was touted by the Federal Trade Commission in its “Nixing the Fix” May 2021 report as having the effect of creating “a broad, if not complete, right to repair in the automotive industry across the United States.” Perzanowski noted the FTC’s thoughts on the MOU but countered that it’s “not future-proof.”

“While that MOU helped restore competition in the repair market, its provisions no longer adequately safeguard the interests of consumers and independent repair providers,” he wrote. “Shifts in vehicle design, the increasing reliance on telematics systems, the growing popularity of electric vehicles, and the emergence of new manufacturers not bound by the MOU all limit the ability of this private agreement to address anticompetitive behavior in the auto repair market.”

Sarnoff also cited the MOU, Massachusetts law, and the FTC’s stance but countered that only Congress “can restore consumer rights to repair automobiles using non-OEM parts and can restore the vigorous aftermarket in such parts and services.” Sarnoff and Perzanowski view federal law as being silent on the right to repair issue and believe it should be addressed at the federal level since it is of nationwide concern.

Perzanowski said the REPAIR Act “would enshrine in federal law the consumer rights adopted overwhelmingly by Massachusetts voters in 2013 and again in 2020, while adding important ongoing oversight by industry and agency experts.”

In response to questions from RDN, he added, “It’s an important piece of legislation that aligns with a number of policy recommendations I’d already outlined and endorsed in my book. Repair is a policy issue I’ve developed strong commitments around, which I haven’t shied away from expressing. And the opportunity to help shape public understanding on legislation is one I welcome.”

Through his research, dating back to court patent decisions made in 1850, Perzanowski said “longstanding legal rules support the notion that a right to repair one’s personal property is an inherent incident of ownership. These doctrines are meant to secure the rights of property owners to repair the things they own as they see fit, free from restrictions imposed by manufacturers, retailers, or IP rights holders. But while personal and intellectual property law have been consistently hostile to such efforts, changes in product design have afforded manufacturers greater power to impose their will on consumers.”

A similar argument was made in March by Minnesota Rep. Peter Fischer (DFL-District 43A) when he cited automotive right to repair legislation as a successful example for lawmakers to consider when voting on his digital electronic equipment right to repair bill. He asserted that right to repair solutions in the automotive industry with OEMs should serve as a model across different industries and that his bill serves the combined interests of individuals who want “freedom of consumer choice.” It would enable independent businesses to repair, resell, refurbish and recycle electronics without flack from OEMs, Fischer said. The bill didn’t make it past introduction.

While the use of aftermarket parts isn’t restricted in vehicle repairs, Sarnoff argues that laws on the books allow OEMs to patent parts and don’t address the negative effects on the automotive parts aftermarket.

“Without legislative adoption of the SMART Act, American consumers will continue to absorb over $1.5 billion per year in additional costs when they repair their vehicles after collisions. …patents restrict the supply of third-party repair parts and of independent repair services, which adversely affects consumers by raising costs and by limiting use of high quality alternative parts.”

Sarnoff’s paper is an update to a 2017 paper he wrote for a previous coalition on the “right of repair.” He told RDN his interest in the issue stems from wanting to address courts wrongly interpreting or misconstruing repair rights doctrines for car and climate products. He also likes to speak up “when there’s a problem and the law isn’t addressing it properly,” he said.

“I try to write about and get involved in issues that I think are important. …This issue has been around for a while and it’s clearly a problem. The question is, why hasn’t Congress done anything sooner?”

He argues in his paper that “for more than 60 years, the alternative collision parts industry has been offering quality alternative parts to consumers. Typically, these ‘aftermarket’ parts have been up to 50% less expensive than OEM parts, and the existence of that competition in the parts market has also induced OEMs to lower the costs of OEM parts to consumers by about 8%.”

Sarnoff noted the FTC said in its 2021 “Nixing the Fix” report that, “’[t]he misuse of design patents on repair parts to block competition from producing equivalent parts is creating an environment with less competition and a significant pricing increase in the marketplace.’”

“It is long past time for the Congress and the President to fight for consumers and to take the necessary actions to fight inflation by enacting the SMART Act,” he said. “Doing so will restore vigorous competition in the automobile exterior repair parts and services aftermarket.”

He added that the SMART Act recognizes “the manufacture, offer for sale, and import of parts for legitimate repair of the ornamental
appearance of motor vehicle products should never have been considered infringing conduct.”

“In summary, the SMART Act provides a limited and targeted compromise remedy for the restriction of the consumer repair right caused by design patents on exterior automobile repair parts. Given the ever-increasing acquisition of those patents and the ever-increasing costs to
consumers and to competition that those patents cause, the time to enact the SMART Act is now.”

When RDN asked Perzanowski and Sarnoff if they had any thoughts or a stance on insurers, including CAR Coalition members, declining to recognize and reimburse necessary OEM repair procedures that collision repairers carry out both said they didn’t have information on that side of the issue.