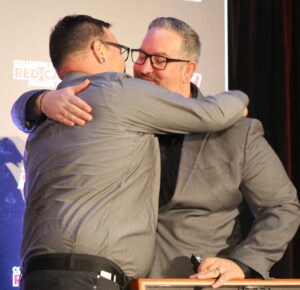 The Hawaiian phrase means “without flaw or defect” and the award is given in honor of the late March Taylor who was a master technician, the owner of Auto Body Hawaii, and an industry leader who spearheaded the idea to create a centralized service for repairers to submit inquiries to challenge data provided by estimating systems based on real-world repairs. 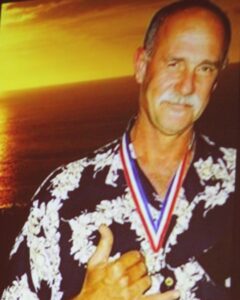 “This is a very special, meaningful award for all of us,” said SCRS Executive Director Aaron Schulenburg. “You have an individual who just mentored and guided people and served as this light for what was right to do. And when March passed, it was really important that his legacy of doing the right thing at the right time for the right reasons — that became this mantra for SCRS and hopefully for so many others — was honored and acknowledged and rewarded… And that that shined deeply in our actions in that when we as organizations, as people, as members of the collision repair industry, did things that we were able to feel like we were reflecting what we had learned from somebody who was really important to all of us.

“…This is an award about spirit. It’s about who you are as an individual. You can’t fake that and you can’t learn that. You either are that or you’re not.” 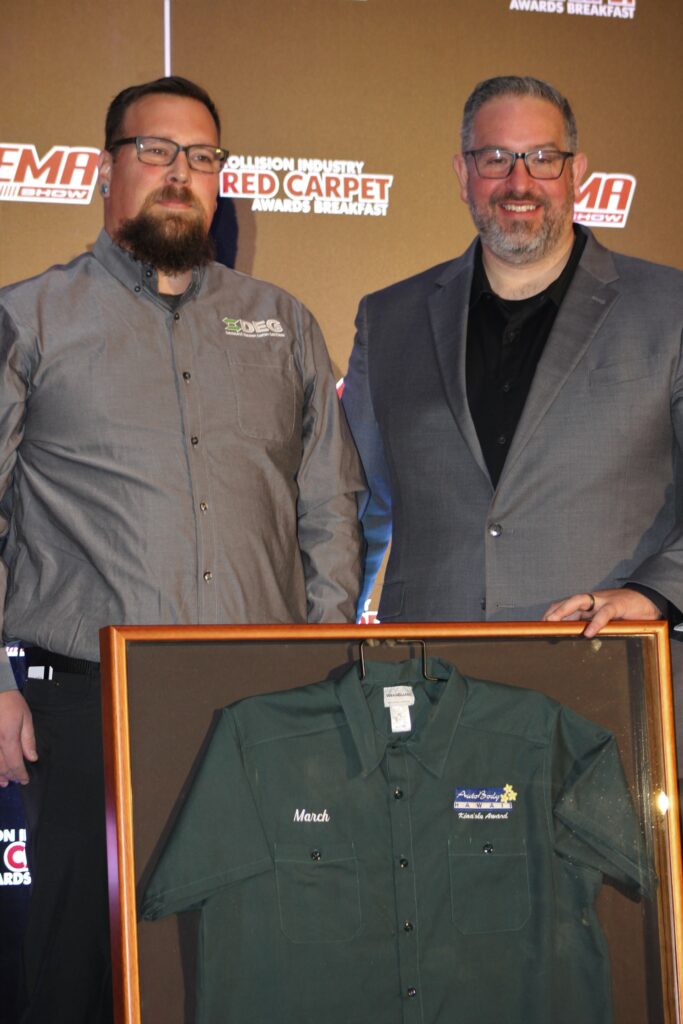 SCRS Board Member Barry Dorn called Gredinberg a “phenomenal” technician who has selflessly given a voice to many in the industry and “has done nothing but show us time and time again that he cares and he cares selflessly about what goes on and he defines what kina’ole is.”

Gredinberg was appreciative of the recognition but said his work isn’t about that. “It’s about giving back to the industry. I love giving back because there was a time that I needed help and I was reaching out to the resources that were available through the DEG. I’m very fortunate to be a part of such a great industry that’s given me so much and I just want to be able to give back to everyone here and to the entire industry.”

Dale Matsumoto, president of Taylor’s shop, said Taylor was always doing what was right and exhibited true kina’ole, which happens naturally and has a deeper meaning. 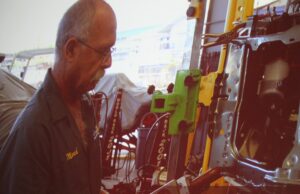 “It doesn’t happen in your head. It happens here, it happens in your heart. …this was March. He really did things like that. …He just had this gift of seeing people for what they really are.”

Gredinberg was the fifth to receive the award following Gary Wano, Petra Schroder, the late John Norris, and 2021 recipient Toby Chess. Chess noted that March was “a great mentor to all of us.”

“He stood for what kina’ole is — doing right for the right reason at the right time, period.”

“I never wanted another shop to feel like I felt,” Bradshaw said. “When I was fighting the battles and I was standing up for what I believed was right and at the end of the day, the right thing in this industry is to repair the vehicle correctly. …That’s why I try to train other shops because it’s about people. It’s about families that are going in those cars. I just want to empower every shop across the country to be able to do the proper repair and get paid for it.”

Ebert has a “fierce focus on a people-first culture” and recently developed an internal lottery program as a recognition and reward system for frontline team members, Stahl said. He also boosted the development of a unique leadership training program that offers “a core cultural training element for operations leaders promoting trust building, leadership development, operational excellence, team building” and more. He has also shown dedication, commitment, and passion for charitable giving and local community engagement.

There were three recipients of this award — Dan Webster, Enlyte, Mike Hastings, Car-Part.com, and Andrew Bober, Entegral. They were chosen because of their endless hours working to define and create CIECA’s next-generation standard, CAPIS.

Gene Lopez with AMAM and Seidner’s Collision Centers and Frank Terlep with Opus IVS received this award, which recognizes people within CIECA who excel in taking a proactive approach to further the success of the organization, according to Board Chairman Phil Martinez.

CIECA found that they have exhibited extraordinary leadership co-chairing the newly formed Emerging Technologies Committee, which has spun off several other committees, to develop standard solutions for both calibration and repair procedures, according to Martinez.

This award recognizes a company that contributes the most through its employees, resources and dedication to help CIECA achieve its mission, objectives, and goals, which CIECA found Enterprise Holdings as a true supporter of CIECA and “its mission in many more ways than just volunteering on committees.”

Alicia Figurelli, Greco Publishing vice president and director of sales, described Greco Publishing’s definition of an industry icon as someone who “rises above the fold through not only their extreme knowledge and skill but also in their consistent service to fellow repair industry professionals” and is “giving of themselves at a moment’s notice without tears and motive for the true betterment of the industry at large.”

Anderson said he was “truly humbled and grateful” for the award and gave a shoutout to his “amazing” team.

Formerly known as the Jeff Silver Award from the inaugural recognition in 2009 through 2021, it is now a memorial award in honor of Jeff Silver who passed away in September. I-CAR President and CEO John Van Alstyne said Silver was a mentor to many, including him, and was considered the pioneer of I-CAR’s Gold Class and Platinum recognition programs.

“While our grief of his loss is still fresh, it is comforting to know that his amazing legacy — true and deep passion for training and professional growth will live on to be celebrated with the annual presentation of the Jeff Silver Memorial Award,” Van Alstyne said. “As Jeff showed the difference one person can make, our award recipient believes there’s something he can do about the pervasive talent shortage. He’s made it a personal mission to recruit new talent to the industry he loves. Just as important. He takes the time to nurture the newcomers and support the continuing professional development of everyone he works with. From the earliest days of his career, our award winner enjoyed mentoring less experienced technicians. …Decades before anyone was worried about a talent crisis, our award winner was scaling up his efforts to bring new talent into the industry.”

Condron said during the first I-CAR class he took in the late 1980s, the instructor said, “‘Do you know the difference between you in this room and an airline mechanic? …How many people you can kill at a time.’ I was floored by that and so set the journey for me — our training and the importance of it.”

To receive this award, a business must meet two important criteria – gold class designation for at least five consecutive years and the business owners and staff must actively promote gold class and the importance of training to the industry.

“Thank God for the early comers who saw a need in the early years for training in our industry,” Eveland said. “I remember when it all started and well, wow. We couldn’t do what we do without I-CAR and what they’ve done and what they continue to do. So I just want to thank all those involved in that from the beginning all the way forward. I have great expectations that only continue to grow and continue to improve.”

Habel was recognized for his contributions to Freedom High School in Freedom, Wisconsin and Kennedy-King College in Chicago, Illinois.

“We could never afford to spray practice, or test panels and large quantities and we were forced to do additional live work to recover some of the cost of our refining materials,” said Jay Abbots, a collision repair instructor at Freedom High. “The Sherman-Williams product that Rod provided took pressure off and really allowed us to focus on learning. Students were given many more opportunities to spray with top notch products.

Kennedy-King College Automotive & Collision Technology Department Chairperson Kenny McMillian added that Habel “embraced our collision program and gave us the golden opportunity to supply us with all the necessary paint products, equipment, and advanced training.” He also made it possible for all of the students to attend the Chicago Auto Show earlier this year.

Habel couldn’t be present to accept his award.