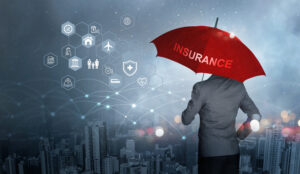 As many industries, including automotive and collision repair, face talent shortages so does the property and casualty claims segment, according to PropertyCasualty360.

An insurance labor market study conducted by Jacobson Group and Ward based on a survey conducted during Q1 2022 found that 72% of companies plan to increase staff over the next year, which is the highest increase in the history of the study. Three percent of companies are planning to decrease their number of employees, down from 7% expected in a July study.

Also, the primary driver for expected revenue changes will be market share at 71%.

Technology, claims, and analytics roles are expected to grow the greatest over the next year. The study notes that technology, actuarial, and analytics positions are the most difficult to fill.

PropertyCasualty360 reports that as more experienced claims professionals retire and companies face difficulties attracting new hires to fill those vacancies, “insurers are struggling to build and maintain their claims organizations to meet the growing demands and expectations of both internal and external customers.”

“Combine this with the demands of a growing remote, hybrid workforce due to the global pandemic and the strategic imperative to find a solution has never been greater,” the article states.

Some of the larger carriers are also closing offices across the U.S., including State Farm, Allstate, and GEICO.

The study cites U.S. Bureau of Labor Statistics data that shows in 2021, property casualty jobs dropped by 16,800, not far behind the life and health sector at 18,200.

This year, most carriers (24%) plan to maintain their current size followed closely by 21% who plan to increase staff by 2%-4%. Temporary staffing projections is also noteworthy, according to the study. With an expected increase of 19% over the next 12 months, the demand is at the highest point in the history of the study.

“As digital literacy increases, the claims professional’s role is evolving from a reactive manager of claim events and tasks to that of a risk advisor providing consultation to insureds before, during and post claim,” the article states. “For the insurer, the ability to enable risk advisory services including loss avoidance, mitigation and analytics to manage insured portfolios is developing as a value-added service and key differentiator in today’s competitive market.”

Meanwhile, in the automotive and collision repair industries, the TechForce Foundation found in its 2022 Transportation Technician Supply & Demand Report that 232,000 techs were needed in 2021 across automotive, diesel, and collision but schools were graduating only 42,000. In collision alone, the demand was 35,000 techs while only 4,500 graduated.

Industry leaders said during a Society of Collision Repair Specialists (SCRS) OEM Collision Repair Technology Summit session at this year’s SEMA Show that making changes comes down to changing the perception of the industry and improving training and workplace culture.

RDE 2022: The dos and don’ts of shop employee retention & recruitment