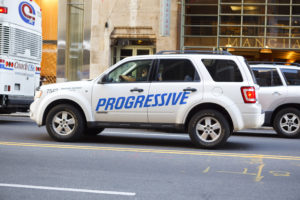 State Farm is no longer the largest auto insurer in the U.S. as Progressive has moved into the No. 1 slot, according to GlobalData.

The company’s growth was largely driven by its expanding for-hire transportation business, higher advertising campaigns, and its affiliation with a larger number of insurance agencies, the data and analytics company said earlier this week.

Progressive’s motor insurance direct written premiums grew by 14.1% in 2021 compared to State Farm’s 3.5%, which was largely supported by growth in its commercial motor insurance business, GlobalData reports. The growth of Progressive’s auto insurance business was driven by its commercial motor business, which grew by 50.2% while its personal motor business grew by 8.1%. According to Insurance Business America, Progressive saw good organic growth in 2021, increasing its policies in force by 6%, adding 1.3 million new personal lines policies.

“Progressive is expected to maintain its leading position in the US motor insurance market, which is expected to grow at a compound annual growth rate (CAGR) of 3.9% during 2021-26,” Sahoo said. “However, profitability of the industry could be a challenge over the next couple of years due to the high inflation, global automobile chip shortage, and an ongoing recession.”

Earlier this year, Fitch Ratings said personal auto insurance continues to move toward a “more concentrated” market with the 10 largest carriers controlling 76% of the market at the end of 2021. Fitch found that State Farm saw no growth in its premiums, paring its share of the market to 16.4% based on net written premiums, while both GEICO and Progressive “expanded revenues faster than the overall market” climbing to shares of 14.7% and 14.1%, respectively.