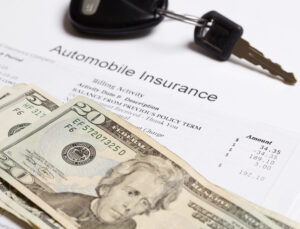 Allstate and State Farm have continued to pursue significant auto insurance rate increases as they react to inflationary pressures and increases in auto accident severity.

Allstate, which reports its monthly auto rate actions on its investor relations page, said it implemented rate increases of 14.5% across eight locations, resulting in a total brand premium impact of 3.2%.

Since the start of 2022, the carrier has implemented 72 rate increases averaging 10.3% across 51 locations. The increases totaled $777 million in August and $2.5 billion year-to-date, according to Jess Merten, chief financial officer of Allstate Corp.

In Illinois, Allstate raised its auto insurance rates by 14% in August, far outpacing the 8.3% increase in the national Consumer Price Index over the past year. State Farm also raised its rates for Illinois drivers by more than 8%, the Chicago Tribune reported.

“We evaluate the frequency and severity of accidents at a state level,” Allstate spokeswoman Mallory Vasquez told the Tribune. “Beyond inflation, some of the factors driving losses up in Illinois are the same things impacting the rest of the country: miles driven have gone back up to pre-pandemic levels, vehicle collisions are more severe, speed of driving, distracted driving. Illinois is one of the top states for vehicle theft.”

So far in 2022, Allstate has increased auto insurance rates by 26% for Illinois drivers, far above the national average of about 10%, Vasquez said.

State Farm, the nation’s largest auto insurer, raised rates by 8.4% in Illinois in August, following a 3% increase in June. In March, State Farm implemented a 4.8% increase in the state.

Gina Morss-Fischer, a State Farm spokeswoman, told the Tribune that increases in accident frequency and severity are driving up the cost of settling claims.

“As more people are on the roads, we’re seeing an increase in claims,” Morss-Fischer said. “Auto claim costs are being compounded by record inflation and supply chain disruptions. All of this has increased the cost of labor and materials, which translates to higher auto repair costs.”

S&P Global Financial reported earlier this month that State Farm’s personal auto loss ratio jumped to 93%, a year-over-year increase of 22.9 percentage points from 70.1% in the prior-year period and a 10.8-point rise from the first quarter of 2022.

Across the industry, the loss ratio for the personal auto line rose to 78.4% in the second quarter, a 12.4-percentage-point jump from 66.0% a year ago, and a six-point increase from 72.4% in the first quarter, S&P said. Its analysis is based on individual property and casualty filers that submit regulatory statements to the National Association of Insurance Commissioners (NAIC).

Tim Zawacki, a principal research analyst with S&P, said in his analysis that severities across all coverages “were impacted by longer times to close claims due to automotive supply chain disruptions and labor shortages.”

CCC Intelligent Solutions and Mitchell International have told Repairer Driven News that it’s not just the obvious factors, such as parts shortages and supply chain hiccups, that are resulting in higher repair costs.

In CCC Intelligent Solutions’ latest “CCC Trends” report, released in August, Insights & Analytics Senior Director Susanna Gotsch covers factors that are contributing to the increase in repair costs, with replacement part costs being one of them. That cost rose by 7.4% from 2020 to 2021 and another 6% from last year to June 2022, according to Gotsch.

“Many industries, like the automotive industry, had moved to a ‘just in time’ inventory system prior to the pandemic,” Gotsch said in CCC’s August Trends video. “An approach that has been sorely tested over the last two years with surging customer demand and recovering auto accident and claim counts. Inventories have been drawn down from plants being closed at the outset of COVID and have operated at lower levels of production due to shortage of necessary components and labor. The industry was hit with higher raw material prices and higher transportation costs from higher wages and fuel prices. The byproduct: the cost of replacement parts has soared.”

There has been some pushback on rate increases by consumer interest groups. In California, Consumer Watchdog has petitioned the California Department of Insurance (CDI) to reject a $202 million auto insurance rate increase sought by Auto Club.

CDI has not approved any auto insurance rate increases since the beginning of the pandemic in March 2022, according to spokesperson Gabriel Sanchez. “Commissioner [Ricardo] Lara’s priority is that insurance premiums during the COVID pandemic accurately reflect consumers’ driving behavior and risk of loss. By ordering premium returns and holding the line on auto rate increases, his actions so far have saved $2.4 billion for drivers,” he said.