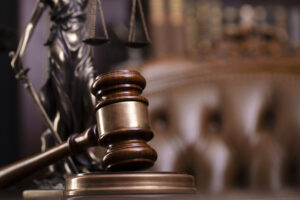 This week, the Main Street business community voiced its support for a lawsuit challenging the constitutionality of the Corporate Transparency Act (CTA).

In a suit filed on Nov. 15 in U.S. District Court for the Northern District of Alabama, the National Small Business Association (NSBA) contends that the regulation is unduly burdensome on small companies, violates privacy and free speech protections, and infringes on states’ powers to govern businesses. The stated goal of the legislation, which Congress passed on Jan. 1, 2021, is for the “prevention of money laundering and the financing of terrorism.”

The reporting requirements take effect on Jan. 1, 2024 for newly-formed businesses and Jan. 1, 2025 for existing businesses.

A letter penned by the S Corporation Association was signed by 45 trade associations, including the International Franchise Association, National Roofing Contractors Association, Small Business & Entrepreneurship Council, and the Real Estate Roundtable. The signees represent businesses from every state and nearly every sector of the economy, according to S Corp.

The letter states that the federal government is overreaching in its request for personal information from small business owners, including their “full legal name, date of birth, current…residential or business street address, and unique identifying number from an acceptable identification document” such as an unexpired passport, a state-issued driver’s license, or a FinCEN-issued identifier number.

“Congress’s aim in launching this unprecedented information grab was ‘to generate a database that is highly useful to national security, intelligence, and law enforcement agencies and Federal functional regulators,'” the letter states. “In other words, the CTA is nothing more than a law enforcement dragnet that imposes its heaviest burdens on law abiding small business owners. By the government’s own estimates, the law would apply to more than 32 million existing companies and an additional 5 million newly created companies per year.”

The letter asserts that the CTA is poorly constructed, overly burdensome, and threatens the owners of millions of small businesses across the country with “potentially devastating fines and prison terms” in addition to increased paperwork and privacy risks.

“It is clear whatever marginal benefit the CTA affords law enforcement will be far outweighed by the costs borne by small businesses and their owners,” the letter states. “It is also clear that the CTA exceeds the confines of the Constitution by collecting, for law enforcement purposes, the personal information of millions of individuals without establishing any reasonable suspicion of wrongdoing. This law is poorly considered and unconstitutional. We look forward to the courts striking down this ill-advised law.”

In its complaint, NSBA points out that the estimated 32.6 million companies that would come under the regulation include “mom-and-pop businesses, franchisees, manufacturers, on-line retailers, plumbers, restaurateurs, electricians, mechanics, lawyers, architects, dentists, doctors, fitness studios, landscapers,” and any other business fitting the guidelines.

But the CTA “also covers entities that are not engaged in any commercial activity at all, including not-for-profit entities that do not have a federal 501(c) tax-exempt designation, entities formed by U.S. persons solely to hold private property in the State (e.g., a family residence), and local, private social clubs that have formed entities with no intent to apply for federal 501(c) tax-exempt status,” the suit argues.

S Corp and the organizations that undersigned the letter believe that the CTA is “wholly ineffective” because it relies on those acting illicitly to self-report their crimes.

“Criminals engaged in serious felonies are hardly going to worry about committing a simple paperwork violation,” S Corp said in a news release. “As a result, the law is unlikely to improve compliance, while its burden will fall on legitimate businesses and law-abiding owners.”

Seventy-five trade associations backed S Corp in October against the Establishing New Authorities for Business Laundering and Enabling Risks to Security (ENABLERS) Act, which they believe would “dramatically expand the recently-enacted Corporate Transparency Act’s (CTA) reporting requirements, despite the fact that those requirements have yet to be put in place and are unlikely to result in any meaningful law enforcement successes.”