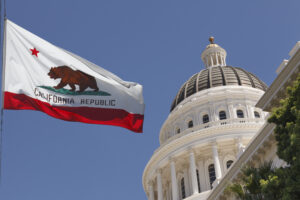 The California Public Utilities Commission (CPUC) has approved a new five-year, $1 billion Transportation Electrification Program, to begin in 2025, that will incentivize private electric vehicle (EV) charging — a step that Charge Ahead Partnership (CAP) sees as an effort to move away from the current monopolized charging structure in the state.

Spokesperson Ryan McKinnon told Repairer Driven News how private entities, including small businesses that want to install their own chargers and sell recharging to the public, will be incentivized varies by state.

“Every state is taking slightly different approaches [on] what role the power companies are playing in it, or how they’re distributing federal NEVI funds,” he said. “California is maybe a decade ahead of most other states when it comes to developing the EV charging marketplace. They have been all in on EVs for years and years and they have been following what has become a standard road map for how you develop this.”

The portion of the investment for private retailers in California is “something that’s coming down the pike that they would potentially be able to have access to,” McKinnon said, and for retailers in other states, “it’s a good sign that the public opinion is shifting as policymakers think about the most effective way to roll out this new, EV charging network.”

“They’re realizing just allowing the power company to have full control over it results in higher power bills for everyone a long and drawn-out process and it makes it more expensive,” he said.

For now, CAP recommends businesses that want to pull in retail revenue through EV charging look at ways in their state for them to get into the charging market because the charging marketplace is “becoming more and more profitable” and more of an option for gas station owners in particular, McKinnon said.

“What we’re working for is easy charging to be a profitable marketplace that isn’t reliant on rebates [and] isn’t relying on assistance,” he said. “These types of programs are fine for getting the market jumpstarted but what we’re working for is policies that make it profitable…to buy the charger, to set it up to be able to sell power to people needing to recharge their vehicle.”

During CPUC’s Nov. 17 meeting, when the plan was unanimously approved, Commissioner Cliff Rechtschaffen said more than 1.3 million EVs are currently on the road in California and make up 17% of new vehicle sales in the state.

“We think the program moves in the direction of right-sizing the role of utilities in EV infrastructure and will allow the utilities to focus more on the areas within their core competencies and that includes distribution site upgrades, interconnecting new EV charging loads, providing clean electricity to customers, rate designs, technical assistance, and so forth,” he said. “This program complements some of our existing utility programs as well as other EV infrastructure programs that other state agencies are administering.”

Seventy percent of the funds will go toward charging for medium-and heavy-duty vehicles, which are responsible for a disproportionate share of greenhouse gas (GHG) emissions and other air pollutants from the transportation sector, and 30% will go toward light-duty charging at or near multi-unit dwellings, CPUC said.

The CPUC is undertaking multiple efforts to promote EV adoption and infrastructure, including adopting rules to ensure that customers installing EV chargers do not have to wait unreasonable times to interconnect to the grid.

The program will eventually include a Marketing, Education, and Outreach (ME&O) plan, including a customer engagement strategy, after program goals, objectives, and defined priority communities have been established, according to the program document CPUC approved.

Targeted outreach will include underserved communities, rural communities, small businesses, and tribal communities as well as workforce development, job training and placement, and certification organizations. The focus will be on Funding Cycle 1 customers, including education on charging from the grid and load management options.

Annual roundtables are also planned as part of the program during which there will be check-ins on the scope and progress of the ME&O “to reach targeted customers, garner program participation, effectively educate on load management, and address equity concerns,” the program document states.

California, along with all West Coast states, plan to sell only zero-emission new vehicles by 2035. Washington and Oregon recently enacted rules that require new vehicles to be mostly emission-free by 2035 and align with goals already in place in California, according to Green Car Reports.

Seventeen states have adopted all or part of California’s low-emission and zero-emission vehicle regulations, as allowed under Section 177 of the Clean Air Act.

US states mandate EV use & plan to build up charging infrastructure