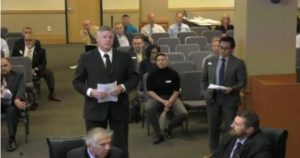 “It’s the exact same part,” Risley told the BAR Advisory Group on Oct. 18. The discounted price “is the only delta,” he said.

Risley said his company would like to work with the BAR and define other categories of parts, noting that blemished or overrun parts “probably” shouldn’t be in the “Opt-OEM bucket.”

CCC was working on an answer to an inquiry asking if it had already limited Opt-OE parts in its system to solely the definition proposed Oct. 18.

How California — a massive insurance and collision repair market — and how CCC — a massive national market shareholder — define or don’t define the parts could potentially affect parts classifications nationwide. Other states could follow California’s lead, and national companies which want to do business in California might not want to bother establishing one SOP there and another for the other 49 states.

CCC floated the definition following the BAR and California Department of Insurance‘s recent clarifications that no parts should receive terms like “Opt-OE” on an estimate. The state of California doesn’t recognize the category, and it might be misleading to consumers, according to both agencies. (Even body shops don’t know what they’re putting on a customer’s car when see Opt-OE, one BAR regulator said at the Oct. 18 meeting.)

The BAR in particular has refused to recognize parts outside of the “new,” “used,” “rebuilt” and “reconditioned” categories and the “OEM” and “non-OEM” “crash part” designations specified in California regulations.

Risley said CCC wanted this proposed definition so it and the automakers could track new parts sold with a promotional price.

BAR Chief Patrick Dorias questioned why the customer needed to see the promotional Opt-OE term proposed by CCC — why couldn’t the customer’s estimate just say OEM? He also asked about the automakers which don’t even recognize terms like Opt-OE.

In those cases, those parts wouldn’t be in CCC’s system, Risley said.

BAR Northern California enforcement program manager II Tim Bowden asked why CCC and the OEMs using the company for parts sales couldn’t track those promotional parts sales in some other way other than the paperwork received by the customer. That was the issue, Bowden said. The BAR didn’t want those ambiguous terms on an invoice.

Risley reiterated that the terminology was CCC’s mechanism for tracking promotional pricing for OEMs.

What about an estimate that called a part Opt-OE but clearly defined it as new, Risley asked. They “would be in violation,” Dorias said.

Dorias said he appreciated that CCC had developed a narrow definition, but “others haven’t.” “Opt-OEM” was being used for “everything under the sun,” he said.

A regulation that narrowed the term would still put the verbage out there and possibly lead to the “wild, wild West,” he said. 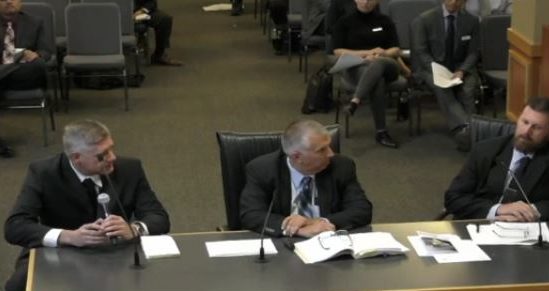 BAR board member Keith Going (I-CAR) had raised a similar point as Risley. He asked if a new OEM part sold at a discount that had to be classified as “OE surplus” because of its promotional pricing couldn’t be called an OEM part.

Bowden said the BAR’s regulations and the CDI’s position doesn’t recognize anything other than OEM or non-OEM. Scenarios where the OEM acroynym is applied to something which isn’t OEM is misleading to a customer, he said.

Adding the definition would require a change to regulations which just went through a multiyear, “extensive amendment process,” Dorias said, though he acknowledged that the change CCC sought wouldn’t be as involved.