A supplier outside of a traditional dealership channel might be able to sell a new OEM part with a warranty and call it “new,” a California Bureau of Automotive Repair regulator said last week in a meeting that explored how to define parts which in the past might have received a vague term like “Opt-OE.”

The California Bureau of Automotive Repair recently rewrote its regulations to clarify that parts could only be classified as new, used, rebuilt or reconditioned and crash parts must also be characterized as OEM or aftermarket. BAR has held this position for years, but vague terms like “LKQ” and “Alt-OE” kept appearing in estimates anyway — contrary to state regulations.

“Using this requirement as a foundation, the modified regulation enhances the statutory consumer protections by creating a presumption, for use during enforcement and other proceedings, that a part listed on an estimate is new if it is not specifically identified as a used, rebuilt or reconditioned part,” the BAR wrote in its final statement of reasons for the regulations, which took effect in September. “The modified regulation will be easier to comprehend and comply with and will discourage the use of potentially misleading descriptive terms.”

BAR Advisory Group member Jack Molodanof called the presumption that a part was new unless identified otherwise a “significant change.” (The regulations also presume a crash part is OEM unless identified as aftermarket.)

The California Department of Insurance in October said “Opt-OE” and similar terms couldn’t appear on insurance estimates either. It would be an unfair claims settlement practice, CDI general counsel and Deputy Commissioner Kenneth Schnoll wrote to the California Autobody Assocation, which had sought a legal opinion on the behavior. He said insurers were bound to the same rules as shops, and carriers were forbidden from misleading or deceptive behavior — which listing a vaguely defined part could be.

This means shops and suppliers who still want to use those parts must determine how to classify them — assuming the shop and supplier even knows what the part is.

BAR Southern California program manager II Jaime Ramos in September recalled speaking at NACE 2016 about the issue of parts designated outside of clear-cut categories. “This was a big topic,” he said. He asked collision repairers what terms like Opt-OE meant, and the consensus was “‘We don’t know.’”

Ramos last week said the issue was when “the industry has no idea.” If a body shop didn’t know if a part was blemished or overrun, for example, a consumer likely wouldn’t know and couldn’t make an informed decision, according to Ramos. The regulations were for transparency.

BAR Chief Patrick Dorias said the issue was the existence of “so many definitions” across the board. He also said the term Opt-OE seemed like a “straddling of the fence” that created “more room for consumer confusion.”

Seidner’s Collision Centers director of development and training Gene Lopez asked what to call an OEM part sold by a vendor “other than a dealer.”

It carried a manufacturer warranty and “it is a new part,” he said.

Ramos said such a part would be an OEM part. “It’s still an OEM part,” he said.

Lopez said a shop using CCC couldn’t identify a third-party part other than non-OEM or used — but the part wasn’t aftermarket or used.

Third-parties classifying parts as “new” or “OEM” might well be accurate, but they also open a new can of worms that relies on how much a shop (and customer) trusts the vendor — and their suppliers.

While the vendor might be acting in good faith by considering and labeling those parts new, are you and the retailer certain that the components aren’t merely nice-looking recycled or refurbished parts, really good counterfeits, or something sold in another country and imported into the U.S.? 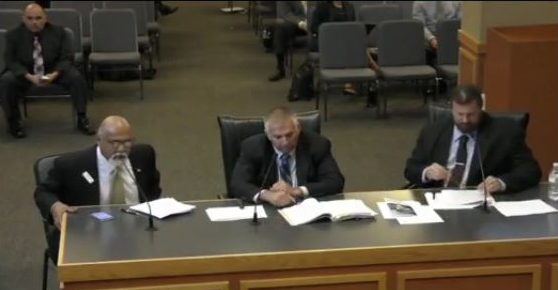 Asked about the possibility of a manufacturer refusing to extend its warranty to a part sold outside of its authorized network, Ramos wrote in an email Friday:

My response was in reference to Gene Lopez stating that if a new OEM part was bought from a 3rd party vendor and it had the same warranty from the vehicle manufacturer but the price was discounted, would BAR consider that an OEM part, to which I responded yes.

While every scenario is a case-by-case basis depending on the circumstances, in Gene’s example it would be considered OEM.

Our current regulations do not address the warranty or lack of warranty of a part. We can only make a statement that a normal consumer would be under the assumption that a new OEM part would come with a warranty from the vehicle manufacturer. These discussions have triggered additional dialogue as to whether our regulations need updating to possibly address the OEM part definition.

“In such situations questions would need to be asked to determine the provenance of these parts,” he wrote in an email Oct. 18. “Is it genuinely an OE part sold through a 3rd party with some sort of contractual relationship with an OE that would give confidence that the part is in fact an authentic OE part?  Or is this some attempt to sneak more of the so called Opt-OE junk into the marketplace, perhaps under false pretenses?  Or worse, is it a flat out counterfeit part that does not originate from the OE at all, but is being held out as such?

“What assurances would consumers have that the OE was still standing behind the part with its original warranty?  This is the problem with non-traditional channels and these new Opt-OE or OE surplus categories, they only serve to make it harder for a consumer to really know, and trust, what they are getting.  There is OEM and there is everything else.  California deserves credit for helping to keep these lines clear for the consumer.” Lopez said much of the issue comes back to metrics “when we are in a contract” with an insurer. Shops were judged on how many used or aftermarket parts they used, for example, and there was “no bucket” for Opt-OE parts, he said. With the term getting clarified, the parts could be placed into a “bucket” by the shop.

“We appreciate that,” he said.

Dorias asked about the regulation that actually defined OEM parts. According to Bowdon, it was contained in Title 16 § 3303:

(o) “Crash part” means a replacement for any of the non-mechanical sheet metal or plastic parts which generally constitute the exterior of a motor vehicle, including inner and outer panels.

It’s unclear if California lawmakers or regulators ever defined “new” parts or OEM parts beyond those considered “crash parts.”

Molodanof asked about shops who want to use an OEM part which is blemished. They don’t want to call it used if it wasn’t technically used, he said. If the estimate specified that the part was OEM, but damaged, didn’t carry a warranty and transparent, would that be OK, he asked.

BAR Northern California enforcement program manager II Tim Bowden said he felt the BAR regulations combined with the CDI memorandum left no room for terms like Opt-OE anymore. He said the BAR’s position for a while had been “It’s either OEM, or it’s not OEM.”

Molodanof asked again about a blemished part — would it be OK if properly disclosed on the estimate?

“I’m not sure I’m willing to commit to that right here in this forum,” Bowden said.

Molodanof also asked about the OEMs which do have formal Opt-OE programs. Such parts might be reconditioned or surplus, for example, and might not carry a warranty.

Maybe the solution was to define an OEM part. He said his view was one produced by the manufacturer, authorized by a dealership and carrying a warranty, he said.

“That’s consistent with my thought of it,” Bowden said.

Bowden said the application of the OEM acroynm to parts that weren’t would be misleading to a customer. “This is a difficult subject,” he said, but the position of the BAR and the CDI is clear and has been in place for years at the BAR.

Asked about the distinction between rebuilt and reconditioned parts outside of regulated parts classes like transmissions, Bowden said there wasn’t at this point. (However, he said the agency was working on a guide for shops selling components subject to those specific trade standards.) 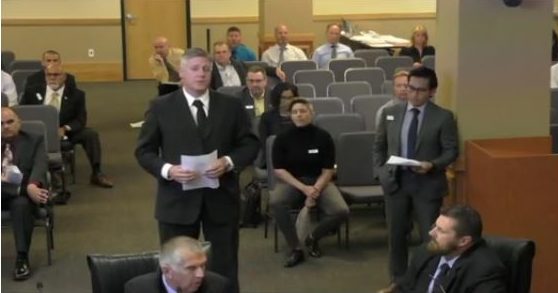 CCC quality repair and market development Vice President Dan Risley promoted “a very narrow and clear” definition in which OEM parts with a promotional manufacturer price could be called Opt-OE — but nothing else. “That (the promotional price) is the only delta,” he said. He said this would help OEMs track promotional price sales.

Dorias questioned why the customer needed to see the Opt-OE term — why couldn’t their estimate just say OEM? He also pointed out that some automakers don’t even recognize terms like Opt-OE.

What about an estimate that called a part Opt-OE but clearly defined it as new, Risley asked. They “would be in violation,” Dorias said.