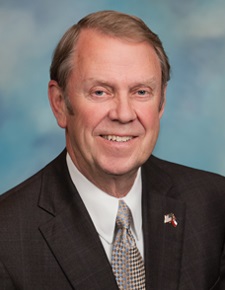 Mississippi Insurance Commissioner Mike Chaney on Wednesday supported for OEM repair procedures and indicated State Farm and other insurers should comply with them, according to correspondence provided to us by a collision repairer.

“We recognize failure to follow auto manufacturing recommendations regarding procedures for repair can increase the likelihood of failed repair,” State Auto wrote. “For this reason we strongly recommend all our insureds follow manufacturer suggested as well as required procedures when completing repairs.  Failure to do so can result in underwriting action by the company including increased cost of insurance up to and including termination of coverage.”

Mosley asked Chaney, his rival in the 2015 Republican insurance commissioner primary, via email Wednesday when Chaney would “take a stand on this for consumers and the industry that repairs their vehicle ?

“Please investigate this with other carriers,” Mosley wrote. “If there are carriers who say they don’t expect OE procedures to be followed, I would like to know who they are.”

“Thanks for the heads up,” Chaney wrote in another email shared by Mosley. “It is our position that OEM repair procedures be followed.  I think that our office and the AG’s office understand this and will continue to support this position.”

This position is consistent with what the state has advised dating back to at least 2017. Democratic Attorney General Jim Hood’s office released a “Consumer Guide to Insurance and Auto Body Repair” after working with a task force including his agency, the DOI and various stakeholders.

It notably declared OEM procedures to be the proper way to fix a car:

Ask the shop about the repair process for your vehicle and how those compare to manufacturer guidelines for those procedures. … 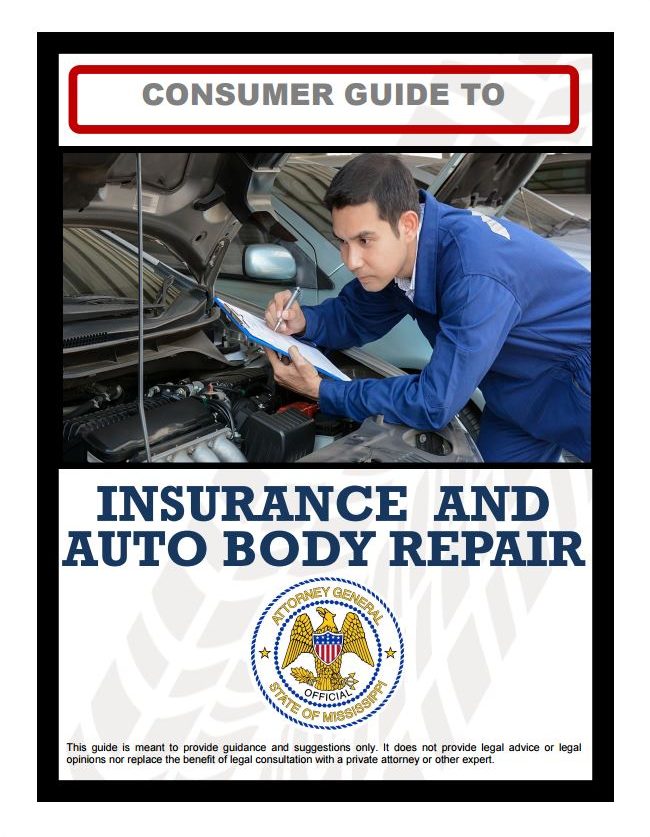 Both Chaney and Mosley served on the task force.

“I sincerely appreciate your support, but State Farm and some of the other largest insurers are continuing to deny repairs complying with OE procedures,” Mosley replied to Chaney on Wednesday. “We need some help.”

“If there are compliance problems let Andy know, we can probably help,” Chaney replied. “If there are problems with State Farm, let us know the specifics.  They are suppose to be complying to OE procedures.”

“Their only explanation is they feel like they’re paying per the policy language,” Mosley replied after thanking Chaney. “I don’t believe there exists any language that enables them to save money by not paying for a proper repair.”

Contacted for comment regarding the Wednesday email exchange, State Farm Mississippi spokesman Roszell Gadson wrote Thursday: “We have nothing to share with RDN.”

Just citing “the policy” in a vacuum might not fly with the DOI. The agency already had told State Farm in 2016 that vague reasons for denying a scan wouldn’t be sufficient:

“Moving forward, I’ve asked them whenever there is a disagreement as to the need for a vehicle scan (or any other related expense), that they be more specific in defending their position as opposed to simply stating that ‘each claim is handled on (its own) merits’,” Mississippi DOI Consumer Services Director wrote in July 2016 to Clinton Body Shop, which had contacted the agency regarding a controversy over a 2012 Dodge Grand Caravan SE. “I simply explained that we’d expect some detail from them as to what those ‘merits’ are and why they wouldn’t feel they would owe the charge. Hopefully that will help facilitate better communication in the future.”

After nearly a year of work by a low-profile but high-powered task force made up of insurers, collision repairers, OEMs, aftermarket parts manufacturers and Mississippi’s attorney general and insurance commissioner, the state has released a “Consumer’s Guide to Insurance and Auto Body Repair.” (Provided by Mississippi Attorney General’s Office)