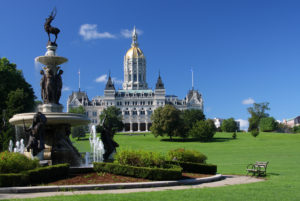 The American Property Casualty Insurance Association told Connecticut lawmakers this month insurers should have a role in an auto repair besides paying the bill, an assertion that confuses a carrier’s actual role in the collision repair.

The Auto Body Association of Connecticut warned of such an erroneous insinuation in its own testimony to the Connecticut Insurance and Real Estate Committee regarding House Bill 7266.

HB 7266 would require body shops to follow OEM procedures unless the customer provides written authorization otherwise. It also would bar insurers Oct. 1 from policies which “require a motor vehicle repair shop, as defined in section 14-65e of the general statutes, to deviate from the collision repair guidelines, procedures, recommendations and service bulletins issued by the vehicle or original equipment manufacturer.”

“While the potential impact of this legislation on the price of auto repair parts is quite concerning, it is just the beginning of the concerning aspects of this bill. OEM recommendations are not limited to parts and include missives that stray from what one would think of as technical repair standard to promoting its own products and services such as only using shops or equipment recommended by the OEM,” the APCIA wrote in testimony discussing its opposition to the bill. “This would take the ability away from the insurer to negotiate a fair and reasonable price for auto repair services. This is because the insurer would simply be required to reimburse for all repairs as long as the original equipment manufacturers recommendations were followed and there would be no ability to rebut the repair shops determinations. Auto insurers have a strong belief that they have a role to play in ensuring that the vehicle owner receives a quality repair that is safe and cost effective, and proposals like this, well intended as they may be, will be used as leverage to push the insurer out of the process, save to pay the inflated bill.”

But an insurer’s contract is with a consumer, while the consumer’s contract is with the body shop. It’s not like a body shop signed the insurance policy and gave the insurer premium money. Even in a direct repair program situation, the vehicle owner is the shop’s customer. In either situation, it’s like a doctor’s office — if the insurer won’t pay for a procedure you the shop and the consumer have agreed to, the shop is either billing the consumer or eating the cost.

An insurer typically can either dictate how a repair is done or elect to reimburse the customer for the loss, but not both, collision repair attorney Erica Eversman and former shop owner Wade Ebert said during an SCRS Repairer Driven Education talk in 2018. (Eversman said she got the idea from attorney Patrick McGuire, who discussed the idea in detail in the 2005 BodyShop Business column “Keep This Job.”)

Eversman said a case found State Farm electing to repair a vehicle and dictating the repair. But when the vehicle was put back on the road and a problem arose related to it, “State Farm got sued.”

The insurer protested, but the court ruled that by electing to repair, State Farm converted the insurance policy to a repair contract and became the general contractor — and therefore assumed liability for the finished product’s quality.

The Auto Body Association of Connecticut raised this crucial distinction — the insurer doesn’t actually have a role in the repair aside from reimbursing the customer — in its testimony to the committee calling for a “critical” revision to the bill.

ABAC noted that it opposed the original version of the similar New Hampshire House Bill 664 because its wording “reflected a fundamental misunderstanding of the dynamics of the relationship between insurers and auto body repairers: to wit insurers do not owe repairers indemnity, they owe their insured, or the third-party victim, indemnity.”

“… (W)e agree that legislation is needed to prohibit insurers from deviating from OEM procedures and we support the idea of House Bill 7266 for these reasons. But, we feel quite strongly that the language of the statute needs to be amended to correct the same conflict created by New Hampshire’s draft legislation on this topic. An insurer has no duty or right to instruct a licensed repairer on the scope or methodology of auto repairs. We are unaware of any auto policies that require repairers to deviate from OEM guidelines. Thus, the prohibition of this practice as the bill is currently drafted will not help to curb the underlying problem. What is worse, prohibiting an insurance policy from requiring how a repair may be performed mistakenly presupposes that an insurer has that right in the first place, which it does not. Insurers cannot and do not fix vehicles. We emphasize this point because it is vitally important to all of these small business owners who are relying on this law to help prevent undue interference, without inadvertently giving insurers a great say in repair.”

It suggested instead that the bill state: “Notwithstanding any provision of the general statutes, no physical damage appraiser or motor vehicle insurance policy that is delivered, issued for delivery, renewed, amended or endorsed in this state on or after October 1, 2019, shall request that a motor vehicle repair deviate from the collision repair guidelines, procedures, recommendations and service bulletins issued by the vehicle or original equipment manufacturer.”

“We thank the Committee for considering these important issues and for recognizing the critical import of the above requested revisions,” ABAC wrote. “Without those changes, we fear the proposed bill could actually counteract the intended purpose of the intended reforms, which is to reduce insurer interference in collision repair and ensure industry recognized standards of safety and expertise are followed.”

This important distinction also indirectly arose in a recent Texas Appeals Court ruling against a body shop which had sued GEICO alleging quantum meruit, among other things, after GEICO refused to pay the shop’s labor rate.

Quantum meruit describes conveying a benefit upon someone but not getting paid for it. Marion wrote that Texas courts hold that plaintiffs can’t sue an insurer for it “because any services rendered only indirectly benefit the insurer, if they benefit the insurer at all.”

Marion noted the Eastern District of Texas once quoted the Southern District of New York’s view that it was “‘counterintuitive to say that services provided to an insured are also provided to its insurer. The insurance company derives no benefit from those services; indeed, what the insurer gets is a ripened obligation to pay money to the insured—which hardly can be called a benefit.’”

The body shop’s work was “for the benefit of and accepted, used, and enjoyed by Geico insureds, not Geico,” Chief Justice Sandee Marion wrote for the appeals court.

Be heard: Connecticut lawmaker information can be found here.

The Connecticut Capitol is shown. (DenisTangneyJr/iStock)

A statue of Nathan Hale stands in the Connecticut Capitol. (Marc Dufresne/iStock)