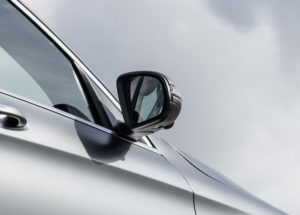 The New York Post reported Saturday that New York City thieves are swiping side-view mirrors from luxury models in what has been a 19-incident spate between March 1-April 26.

The New York Police Department told the Post the thief or thieves “remove both side-view mirrors from luxury automobiles. It is likely the mirrors are being stolen in order to re-sell them.”

The Post reported brands targeted include “Audi, Porsche, Mercedes Benz, Lexus and BMW, whose newer models sport side-view mirrors with built-in cameras that are valued between $1,500 and $2,000.”

“Who are they selling them to?” was the question put forth by Autotech Collision owner Michael Glickman, according to the newspaper.

The story is interesting in that it’s an example of a type of repair volume which can’t be reduced by ADAS; in this case, the frequency is actually exacerbated by the temptation of the technology’s existence.

But the story likely has more relevance as an example of severity and cost of ownership insurers, repairers, consumers and consumers might encounter in the near future.

The average cost to fix a repairable vehicle rose to $3,053 in 2018, up more than $100 over 2017, CCC reported in its 2019 “Crash Course.” If a mirror or pair of mirrors (it’s unclear from the article) is half to two-thirds that on its own, then customers and insurers might have to expect higher prices — even if a shop holds its labor rates steady.

“Combined, OEM and non-OEM replacement parts now account for 40 percent of the overall repair cost, up from 38 percent in CY 2008,” CCC wrote in “Crash Course.”

CCC put the average price per replaced sensor, camera, radar, etc. alone at $195 in 2018, up from $153 in 2014, which means billpayers can’t necessarily find solace in an expectation that technology will get cheaper over time.

And that expense is before the shop or a sublet dealer has to calibrate whatever’s been replaced. Calibration averaged $167 between November 2017 and October 2018 with a standard deviation of $250, according to CCC.

Some shops might not care about the increasing price of technology. Others might have to factor it into a direct repair program or other business partner’s expectations (for example, a fleet or even an OEM). Some flexibility from the shop’s business partner on this front could be necessary.

“We move at the industry average,” Fisher said. CARSTAR’s severity target contractually is “at or below,” he said.

But look back a decade, and the average was more than $100 less, he said. “This thing just keeps going,” he said.

Fisher said he believed in measuring and “awareness” of severity, and the company would stay competitive with labor rates, but a higher repair cost was inevitable.

For a higher-end shop or one with higher-severity accidents, “you’re gonna be compared with similar-type repairers,” he said.

Other PBAs don’t have a severity as a target at all; estimate accuracy, cycle time and CSI are what’s measured, Paul said.

However, Fisher indicated repairers might sometimes have to educate insurers about this if “all they’re looking at is a data stream.”

Fisher illustrated it with an example of having a European repair facility dropped from a DRP over severity.

“‘What do you see out there?'” Fisher said he asked the insurer. The insurer didn’t understand. “‘There’s 20 vehicles out there, they’re all European,'” Fisher pointed out. Higher severity was out of his hands.

“They came back and put me back on there,” he said.

Once insurers learn about anomalies and adjust for them, “we have great conversations,” Fisher said.

“Thieves are stealing and selling high-tech mirrors on luxury cars”

CCC 2019 “Crash Course” data reveals parts are making up a larger proportion of repair bills than a decade ago. (Provided by CCC)