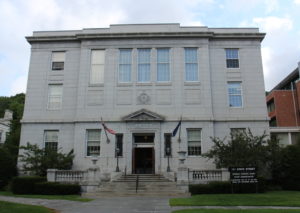 Nationwide’s refusal to pay part of a repairer’s bill to fix an untotaled vehicle breached its contract with a policyholder, the Vermont Supreme Court ruled last week.

“In each instance, defendant paid less than what plaintiff had billed to complete the repair,” Carroll wrote.

“… For each claim involved in this case, although defendant did not pay a portion of what the repair shop believed was owed under the policy, defendant did pay significant sums. Defendant initially paid what its claims adjuster believed to be covered by the insurance policy after having conducted a visual inspection of the damage. Defendant generally would make at least one additional payment based on information provided by plaintiff after plaintiff disassembled the damaged vehicle in preparation to repair it. Payment to repair additional damage that is not apparent from a visual inspection of the vehicle is called a supplemental payment. After the adjuster’s initial estimate was paid to plaintiff and any supplemental payments were made, there was still an outstanding balance for the repair bill on each claim involved in this case. Plaintiff believed these were covered by the insurance policy yet had been unpaid by the insurer. However, defendant maintained that these unpaid portions of the repair bill between plaintiff and each insured were not covered under the policy.” 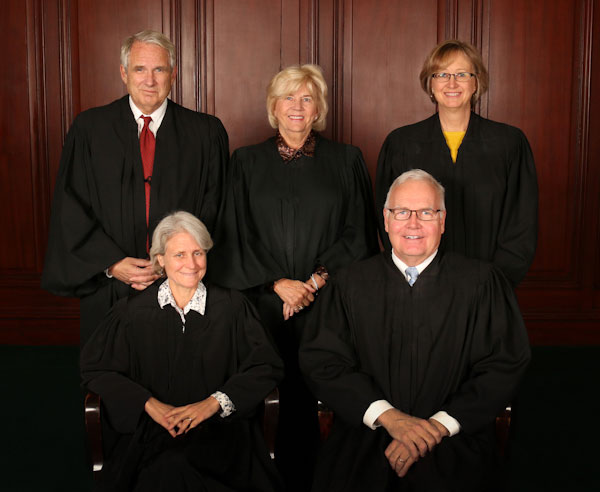 At the trial, Parker’s Classic provided extensive documentation for the charges, according to Carroll:

Plaintiff offered a series of documents relating to each claim brought by each insured, which were admitted into evidence primarily by stipulation: the final invoice, a supplemental report itemizing all the work done by plaintiff and identifying charges made by plaintiff that defendant’s claims adjuster did not believe were covered by the insurance policy, a separate itemized bill for painting costs incurred, plaintiff’s accounting ledger for each claim, the contract between plaintiff and the insured authorizing plaintiff to repair the insured’s vehicle, and the assignment of insurance claims by the insureds to plaintiff. Mr. Parker, the owner of the repair shop, testified on direct examination to his experience repairing vehicles and to the billing and repair processes employed in his shop. He compared, in some respects, the practices employed in his shop to those used by defendant’s claims adjuster.

After an unsuccessful motion for judgment, Nationwide called a single witness: a claims adjuster.

Perhaps not surprisingly, the jury then ruled for Parker’s Classic.

Nationwide moved for the court to ignore that and pass judgement under a different part of the Vermont Rules of Civil Procedures. This time, the Rutland Unit Superior Court judge agreed, ruling for the carrier and calling the amount paid completely within Nationwide’s discretion.

The Supreme Court called that an incorrect interpretation of the law which “relied heavily” on an out-of-state Idaho auto glass case from 2005. (Later, Carroll noted that the trial court cited “another out-of-state case that is factually dissimilar to these proceedings” involving a 2016  ruling by the Illinois Appeals Court.)

“The court construed the insurance policy as requiring defendant to pay ‘an amount [defendant] determined was sufficient to do the repairs,'” the Supreme Court summarized. “It reasoned that the insureds could not have sued defendant for sums that were entirely within defendant’s discretion to award. Therefore, the court explained, plaintiff could not sue defendant as the insureds’ assignee.”

But the Nationwide policies didn’t say that at all, the Supreme Court wrote:

The claims in this case arise under defendant’s Century II Collision Insurance Policy (‘the policy’). Under the policy, defendant promises to pay for “direct and accidental loss of, or damage to” an insured vehicle. However, this is subject to a limitation-of-liability provision mandating that “direct and accidental loss” cannot exceed “the cash value of the auto or its damaged parts at the time of loss.” The calculation of “cash value” where the limitation-of-liability clause is invoked includes “consideration of fair market value, age, and condition of the property in question at the time of loss.” The policy specifies that the insurer has three methods from which to choose to satisfy its obligation to an insured to pay for the “loss” or “damage”: pay the insured directly, repair the vehicle, or replace the vehicle. Here it is undisputed that defendant elected to pay the insureds directly. The parties dispute how much each insureds’ “loss” or “damage” was. And the policy does not specify how, if at all, an insured may contest the valuation that defendant makes for a claim.

(Even though the vehicle was repaired and the money Nationwide did pay went to the body shop, note that everyone agreed the carrier didn’t “repair the vehicle.” Read more about this important distinction here.)

The trial court was wrong to interpret the policy’s silence in favor of Nationwide, the Supreme Court wrote. In a footnote, Carroll also pointed out that there was no dispute-resolution mechanism contained in the policy, such as an appraisal clause.

“Just as we will not rewrite an insurance policy in favor of an insured, we also cannot rewrite a policy in favor of an insurer,” she wrote for the Supreme Court. “Defendant effectively conceded at oral argument that an insured may contest the insurer’s valuation of a claim consistent with this policy. We therefore conclude that here the insureds or their mechanic as an assignee may challenge defendant’s valuation of claims through this litigation.” 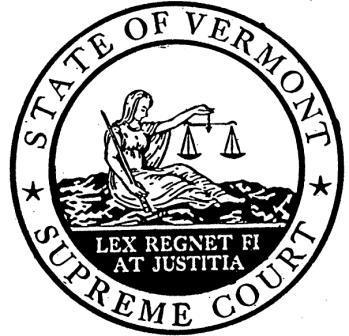 Carroll said the trial court incorrectly applied the 2005 Idaho case Cascade Auto Glass v. Idaho Farm Bureau, noting that that judge quoted a passage from that litigation that the repairer and consumer were bound to whatever the carrier said it would pay.

She pointed out two huge holes in that theory that other collision repairers and insurers should note were that case to be cited again:

The judge in the Parker’s Classic case didn’t get much of anything right, based on the Supreme Court’s opinion.

“To whatever extent the trial court concluded that defendant had fully satisfied its contractual obligation under the policy because defendant made payments on the collision claims in some amount, this was error,” Carroll wrote. “Whether the amounts paid by defendant satisfied defendant’s obligation to its insured was the central disputed issue here. And it is undisputed that defendant did not obtain a release of claim or otherwise satisfy the elements of a complete defense foreclosing the insureds, and thus plaintiff’s, ability to contest the sufficiency of the payments. As to the second issue, the fact that the insureds’ vehicles were fully repaired and returned does not answer the question of whether the costs incurred by the repair shop to do so were covered under the policy.”

Here, the Supreme Court cited the critical 2017 collision repair decision by the Second District Court of Appeals in Nick’s Garage v. Progressive, describing it in a parenthetical as “explaining that insurer’s argument—that insureds suffered no damages because vehicles were repaired and returned to insureds—has “no merit” because it ignores alleged short pay; moreover first-party insureds were financially responsible to repair shop under repair contract).”

Since the cost to repair the vehicles wasn’t more than their fair-market value before the repair, “under the policy ‘damage’ is the cost to repair each vehicle to preaccident condition,” the Supreme Court wrote. It noted that Nationwide could have included a method of calculating damages in the policy but didn’t.

“Here, whatever method for calculating cost of repair might be appropriate under the policy—the interpretation of the policy in this regard has not been appealed in this case—defendant’s argument that the policy does not explicitly require payment of a repair shop’s bill ignores the actual issue: whether plaintiff’s bills here were covered, “Carroll wrote for the court. “The jury determined that they were.”

“However, this case is about an insurer’s alleged failure to compensate its insureds, as promised in the policy,” she wrote for the Supreme Court. “If defendant paid less than was owed—i.e., the ‘direct and accidental loss of or damage to’ the vehicle—then that unpaid sum is, to adopt the definition of “financial loss’ advanced by defendant in its briefing, a ‘decrease in amount, magnitude, or degree’ that ‘relate[s] to [the] finances’ of the insureds.”

The Supreme Court also rejected Nationwide’s argument that no financial loss existed since Parker’s Classic didn’t try to collect the unpaid bills from its customers.

“Again, this ignores the real issue in this case: whether defendant satisfied its obligation to its insureds
under the policy,” Carroll wrote. “Second, an assignee may seek to collect an unpaid debt on behalf of its assignor. Here the assignments, which were admitted as exhibits by stipulation, granted plaintiff the right to “collect money due or owed” under the insureds’ insurance claims. It is no defense that the assignors delegated collection to an assignee.”

Perhaps Nationwide’s wildest argument was what Carroll summarized as that “it was not required to pay ‘repair and labor costs’ because the policy provides for the payment of labor costs under the towing clause but not the collision-coverage insuring clause.”

“We are not convinced,” Carroll continued for the Supreme Court. “… Labor is an indispensable component of the cost to make a repair. Moreover, defendant’s opening statement and the only witness that defendant offered at trial effectively admitted that the policy covers, to some degree, labor costs for making a repair. Furthermore, the canon of interpretation relied upon here by defendant, expressio unius, has been criticized when it is used as a singular basis for judicial decision making. We therefore conclude, from the perspective of a reasonably prudent applicant for insurance, that a collision-insurance policy covering the ‘direct and accidental loss of or damage’ not to exceed ‘cash value’ does not exclude from coverage a mechanic’s labor simply because a separate towing clause explicitly mentions the word ‘labor’ and the insuring clause does not contain that word. To whatever extent coverage for ‘damage’ to a covered vehicle is ambiguous on this issue, we resolve the ambiguity in favor of the insured.”