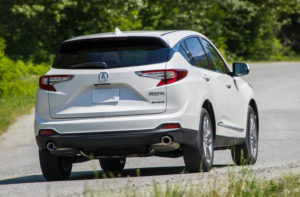 Acura in a June Body Repair News drew collision repairers’ attention to considerations related to the 2019 RDX’s tailgate, which the OEM last year said would entail a resin outer over a steel inner.

“A high-strength resin tailgate outer ‘skin’ on the 2019 RDX replaces the steel and plastic skin on the 2018 model,” Acura wrote in 2018. “This new construction method for Acura retains steel for the inner structural tailgate skin, maintaining the essential strength and security of the tailgate.”

Acura referred to the outer at the time as “all-plastic,” but spokesman Andrew Quillin confirmed Wednesday that the resin was really a fiber-reinforced composite.

“The previous RDX was a steel tailgate with a plastic garnish,” he wrote in an email. “The material change was made both to reduce weight and also create a dynamic, one piece design with a deep draw not possible in a traditional steel stamping.”

The OEM in the Body Repair News this year instructed repairers to do a great deal of masking, particularly of the rear window opening.

“Installing the rear window on a painted rear window opening will reduce the strength of the window adhesive in higher temperatures,” Acura wrote.

“In addition, the tailgate inner trim panel is molded together with the tailgate assembly from the supplier. Extra care must
be taken to keep this area free of paint and damage.”

Acura said replacement tailgates also already have the glass and harness installed. “Make sure to mask the glass as necessary,” it wrote.

The OEM said a shop must “ensure no paint is on areas that do not have base coat applied by supplier” on the tailgate. According to Acura, collision repairers should mask:

• The holes in spoiler area

Cutting steel out of the outer allowed Acura to save 7.1 pounds of weight and have more design flexibility, the OEM wrote in 2018. 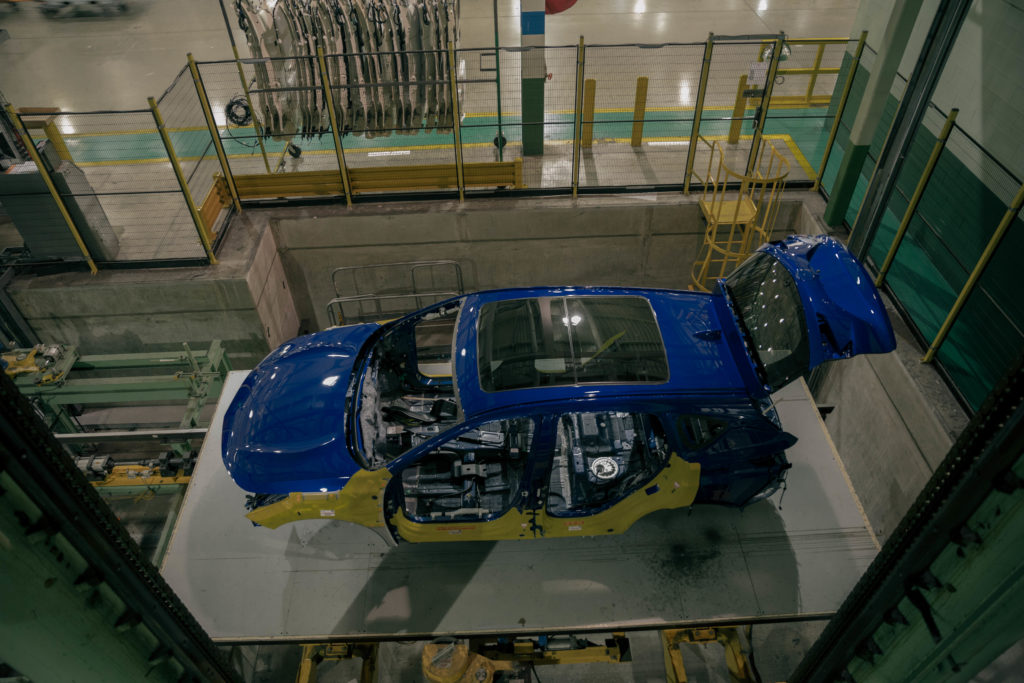 “While retaining its strong steel inner panel, the programmable power tailgate’s resin outer skin allows more freedom of expression, as evidenced by a concave design that gives the panel a bold 3D shape that reflects light uniquely, enhancing visual appeal,” Acura wrote. “C-shaped LED taillights with a distinctive ‘dragon tail’ give a dynamic and unique light signature to the new model. Rear parking sensors integrate with the fascia on Technology Package and above grades. While below the rear fascia, a dark-finished diffuser-style panel and exposed dual exhaust outlets with bright finishers give a performance flair, while A-Spec takes things a bit further with larger diameter finishers and exclusive airflow strakes between them. …

“Compared to the previous steel and plastic combination, the new construction technique allowed using a more aggressive and unified tailgate design, including an ‘all one piece’ appearance, and freedom to use more varied creases and shapes.”

In terms of other nonferrous substrates, the 2019 RDX’s hood and front and rear bumper beams are aluminum. The OEM also included an aluminum “under-tray” beneath the transmission and engine for better aerodyamics. Acura also said it “plumbed” its turbocharged powertrain with “rigid, lightweight resin-composite inlet pipes.” Learn about some of the 2019 RDX’s steel here and here. 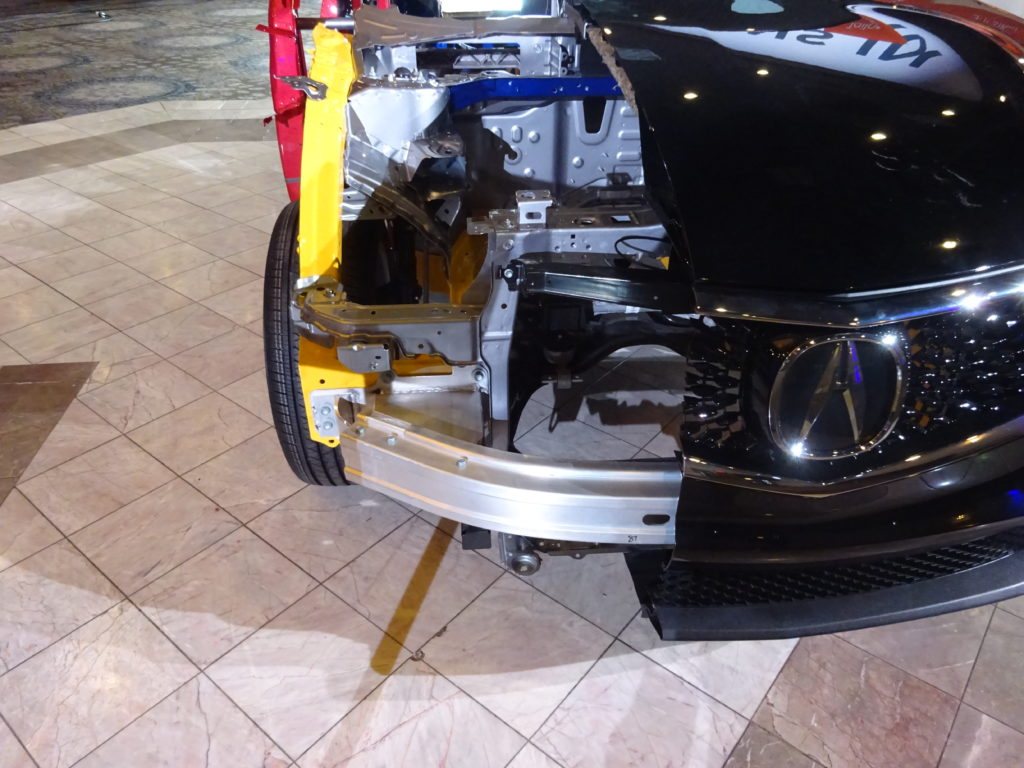 A shop, for example, will need to know what is and isn’t permissible in terms of tailgate repair, and the new tailgate’s “programmable power” status coming standard might carry additional electronics requirements and considerations. (For example, the Body Repair News for the prior-gen 2013-18 RDX directed shops to read “Resetting the Power Tailgate Control Unit” in the full repair procedures.)

A button to close the tailgate can be found in its interior, shops should note:

“The power tailgate can be operated via the remote key fob, from a button on the driver’s door panel, a button above the rear license plate (for opening) or from a button located inside the tailgate (for closing),” Acura wrote in 2018.

According to Acura, the motorist can “stop and hold” the tailgate at any height they wish and program the gate to only open to a certain height. A hands-free system comes with the optional Advance Package.

The 2019 Acura RDX has a resin outer tailgate over a steel inner. (Provided by Acura)

A 2019 Acura RDX moves through a factory. (Provided by Acura)

The 2019 Acura RDX has an aluminum hood and aluminum front and rear bumper beams. he OEM also included an aluminum “under-tray” beneath the transmission and engine for better aerodynamics. (John Huetter/Repairer Driven News)