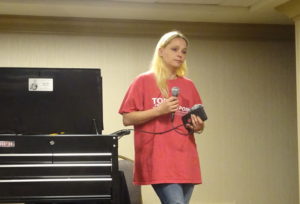 A March Taylor Memorial Fund toolbox recipient last month educated the industry about the challenges a collision vocational teacher might face in 2019.

Collision instructor Samantha McCauley’s powerful acceptance speech to the Indianapolis Collision Industry Conference revealed some of the issues that might hinder educators from sending repairers technicians to fill the industrywide shortage. However, both McCauley and fund administrators also suggested ways repairers could support high school and college collision programs.

“She’s a champion for her students,” said Hendler, who told the CIC that the fund was giving her a toolbox and a second one for her students. Fund committee member Toby Chess said a regional manager at his employer Kent Automotive agreed to cover the second box.

Chess told the audience to apply online if they knew someone who wanted and deserved a toolbox. He said the fund would give them out at two Collision Industry Conferences but also throughout the year.

It was easy to donate, Chess said. Just visit www.marchtaylorfund.org and buy a toolbox, and the fund would give them out, he said.

Hendler said the fund had made it possible for a donor to buy both the box and tool set inside or just donate enough to cover one or the other. Hendler described a desire to give “hundreds, if not thousands” of toolboxes over the next feaw years 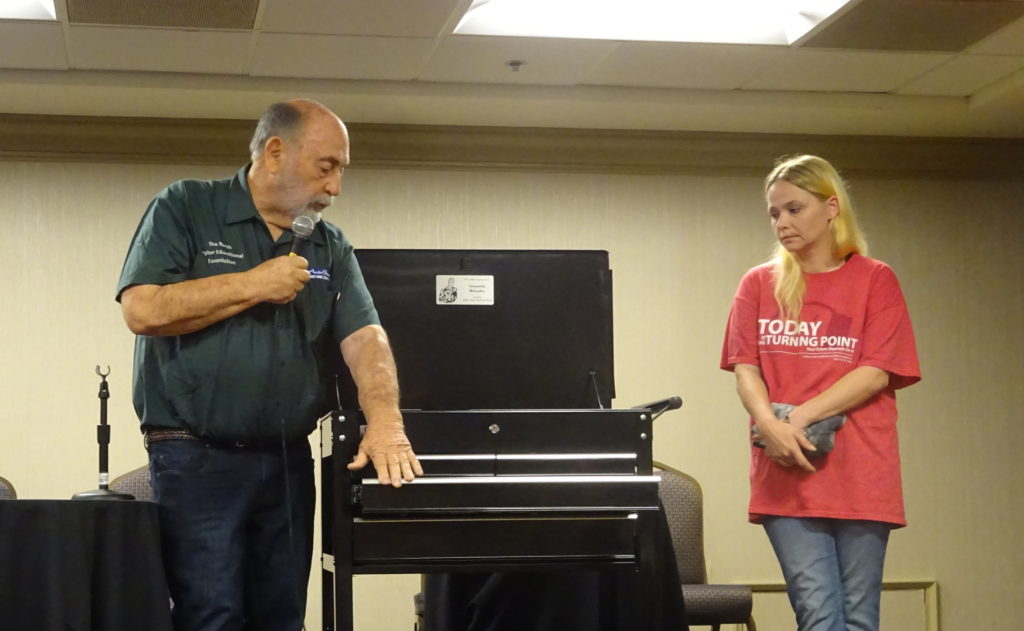 McCauley thanked the audience for their time and contributions to the industry.

“It’s really difficult,” she said. She said she teaches at her alma mater, and she’s seen the collision program and programs for other industries “slowly declining.”

She said the collision industry needed to expose itself to students “as much as they possibly can.” She also encouraged nurturing recent hires, for many students entering classrooms are unsure if they truly want such a career.

“Employers seriously need to be more considerate when taking a student in, or a fresh graduate,” she said. “A lot of ’em have a hard time making it.”

McCauley she said she applied for the grant on behalf of students. The equipment wouldn’t be used by just one or two students, but “possibly hundreds,” she said.

It’s hard to have success with equipment requisitions, she said, observing that other teachers nationwide were probably facing a similar situation.

“It gets a little bit ridiculous” trying to acquire necessities like supplies, guest speakers or companies willing to allow her collision students to visit for a tour or one-day job shadow, according to McCauley. Many teachers have difficulty finding time to request help, and they’re so swamped it’s difficult to make the effort, she said.

“Thank you guys so much,” she said. 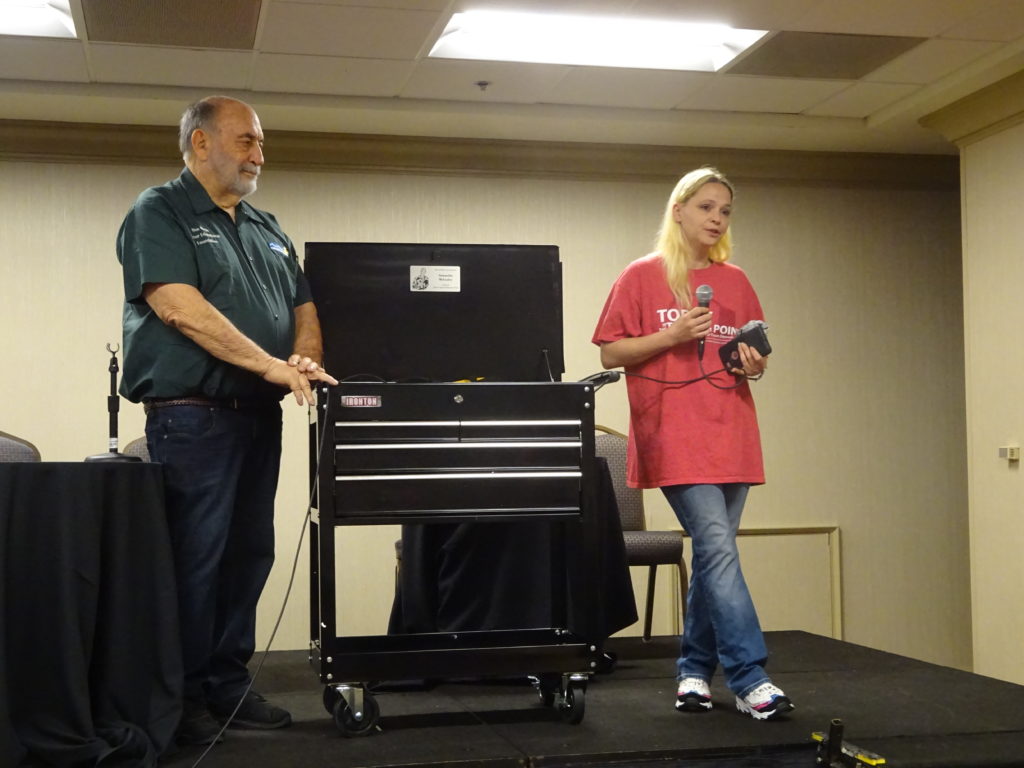 “I can’t tell you guys enough” that these CREF calls are “unfortunately happening more and more,” Eckenrode told the Collision Industry Conference audience.

“It’s almost, we’re in a crisis mode,” Eckenrode said then.

He said CREF planned to help make the schools more “attractive programs to learn in.” Many markets are starting with tours by middle schoolers, and a “clean, professional-looking program” can go a long way towards fostering interest in the trade program, according to Eckenrode. In many technical schools, there’s not enough money for such upgrades — evoking the need for a “tetanus shot” in one’s mind instead, according to Eckenrode.