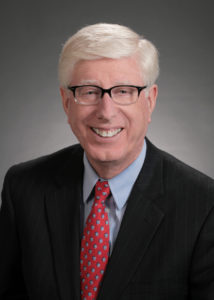 A Midas franchisee tripped up by Iowa’s lien laws offers a lesson to other automotive professionals to review the process for disposing of vehicles left abandoned or with an unpaid bill.

Midas Auto Systems Experts will repay $2,350 and follow the process outlined by the state for settling debts involving customer property, according to a settlement executed last month with the state attorney general.

The Iowa attorney general’s office accused Midas Auto Systems of selling vehicles to itself for $0 before obtaining title “when in fact no sale occurred,” according to the Jan. 24 settlement.

“The Attorney General also claims these alleged sales by Respondent were not commercially reasonable and Respondent failed to send out appropriate notice of the sale to all persons known to claim an interest in the vehicle,” the settlement states. “Respondent denies these allegations.”

Midas Auto Systems admits no wrongdoing in the settlement.

“The reality is, we missed a step,” Mahrt said.

The AG’s office alleged that the company’s behavior violated the Iowa Consumer Fraud Act, 714.16 and failed to comply with the artisan lien process described in Iowa Code 577.2 which just says to follow the carrier lien rules in Iowa Code 554.7308. (A “mechanic’s lien” process also exists on the books, but it seems to only apply to property trades professionals like building contractors.)

Mahrt said the 8-10 vehicles involved spanned a time period dating back years, and his company paid the difference on the two allegedly done incorrectly.

The attorney general’s office planned to provide the $2,350 to the two vehicle owners involved. If the agency can’t find them in six months, it’ll give the money to the Consumer Education and Litigation Fund.

Mahrt said the alleged infractions involved instances where consumers brought in vehicles, authorized repairs, and then “drop off the face of the earth.” After trying to reach the customers through means like certified mail, the Midas franchisee tried to dispose of the vehicles taking up space on its property, he said.

Mahrt said you’d think the county would have told the company, “‘Hey, you missed something,'” when it filed the paperwork originally.

“Live and learn, right?” Mahrt said. He said the experience “kind of shies us” from attempting liens — perhaps it’d just call a tow company and report an abandoned vehicle in the future, even though it had spent money on the repair.

A lien is “one of the most efficient remedies” body shops have, an attorney for a New York repairer observed in 2019. So it’s important to ensure you know how to execute the process properly. Repairers in Iowa and beyond might want to review lien laws and contact a qualified attorney before you attempt to get rid of a car owned by a customer who stiffed you.

For example, a California Bureau of Automotive Repair​ enforcer in 2018 told the agency that storage and lien issues arise more at body shops than other auto repairers.

Asked for advice on how to handle liens, Iowa attorney general communications director Lynn Hicks wrote in an email:

We’d advise shops to speak with an attorney to ensure they are doing the process correctly and talk with the government entity responsible for transfer of titles for advice on the correct paperwork to fill out. It’s hard to give advice since it will differ in every state. The main problem was that Midas was improperly enforcing its liens. Iowa’s statute directs repair shops to enforce their liens in accordance with section 7-308 of the Uniform Commercial Code. Other states may have something similar in statute.

Under Iowa Code, a shop must notify the party that owes it money the amount it requires and when, where and how the repairer plans to sell the property to cover it.

The vehicle owner has up until the sale to pay off the debt and reclaim their property. If the vehicle winds up selling for more than the amount owed, any extra must be returned to the original property owner.

“A carrier may satisfy its lien from the proceeds of any sale pursuant to this section but shall hold the balance, if any, for delivery on demand to any person to which the carrier would have been bound to deliver the goods,” Iowa Code 554.7308 states.

State law says carrier lien sales must be done either in an auction under 554.7210(2) warehouse lien rules or in a “commercially reasonable manner” defined in the carrier lien part of Iowa Code.

“Instead of selling the vehicle, repair shops have been going to the local county treasurer’s office and falsely claiming they sold the vehicle to themselves for zero dollars and then filling out the paperwork to title the vehicle in their own name,” Hicks told the newspaper.

Hicks told the Register that owners aren’t receiving notification, and vehicles are either being given away or sold for too little.

“In the future, if a consumer fails to pay Respondent for the agreed upon compensation for the provision of materials or services provided by Respondent in the making, repairing, improving, or enhancing of value of a vehicle, then Respondent may enforce its artisan’s lien through a sale of the vehicle according to the process outlined in Iowa Code § 554.7308,” the settlement holds. “Respondent agrees it must send notice to any person known to claim an interest in the vehicle. The notification must state the amount due, the nature of the proposed sale, and the time and place of any public sale. Respondent must keep records of these notices. Any person claiming a right in the vehicle may pay the amount necessary to satisfy the artisan’s lien before the vehicle is sold. if not one satisfies the artisan’s lien, Respondent may then sell the vehicle in a commercially reasonable manner. Respondent may satisfy its artisan’s lien with the proceeds from the sale but must hold the balance, if any, for delivery to any person to which the Respondent would have been bound to deliver the vehicle. Respondent agrees that after this process is followed it will then submit an Affidavit of Sale to Satisfy Artisan’s Lien along with an Application for Certificate of Title to the County Treasurer to transfer ownership of the vehicle to the purchaser.”