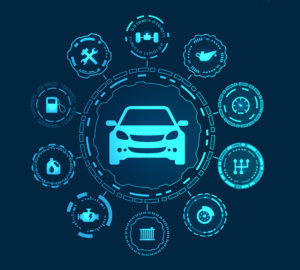 Repairers in the West and Southeast have shared anecdotes of GEICO refusing to pay sublets for pre- and post repair scans using services like the asTech or AirPro, declaring that a body shop should handle everything in-house.

And a Midwest body shop manager last week reported that State Farm has “gotten really nasty” about third-party scanning. The company has insisted collision repairers should have the capability in-house and refused to pay more than 0.5 hours of mechanical labor each for a pre-repair and post-repair scan.

The behavior demonstrates illogical thinking at the nation’s No. 1 and No. 2 insurers, potentially exposing customers to out-of-pocket costs, incomplete repairs and inefficiency.

GEICO did not respond to a request for comment. A State Farm spokeswoman wrote “we have nothing to share with Repairer Driven News.”

Interviews with two of these three shops reveal different experiences with the same insurers. The Southeastern repairer had no issue with State Farm, while the Midwestern manager had no GEICO issues.

Insurer-Repairer Relations Committee Co-Chairman Clint Marlow said at the November 2019 CIC that from an insurer’s perspective (Allstate’s) it could be agreed in 2019 that “new technologies have changed the game.” It was “obvious” that vehicle with advanced driver assistance systems would need a scan on a repair plan, he said. Hopefully, he said then, repairers weren’t seeing much disagreement anymore.

Unfortunately, these recent accounts indicate that scan friction might instead merely be evolving rather than disappearing.

Only OEM scan tools and/or software are guaranteed to work as intended on every vehicle — and you might not know if an aftermarket device has missed something. The skill set to use multiple pieces of OEM scanning software and properly interpret diagnostic results also might not exist among a staff trained in collision rather than mechanical repair. Either of these factors might lead an auto body shop to rely on third-party services like the asTech, AirPro, dealerships, etc. Large players such as Fix Auto (according to Autobody News), Certified Collision Group and Gerber have all recounted relationships with asTech in the past.

The asTech device remotely connects a vehicle to an OEM scan tool housed at an asTech facility. The AirPro is an example of a device that includes aftermarket scan tool software but also can download and provide an automaker’s official scan operating system as well. Both companies also offer remote professional support as well.

“Since refusing to pay the Astech fee they had been paying us to sublet the scans, so we did the pre-scan on this one and sent the vehicle through our blueprint process,” the Southeast shop owner wrote in an email regarding GEICO. “We then sent the supplement to Geico and they send a field appraiser out to our shop to write the supplement.  We present the position statement and scan invoice which they are refusing to pay.  They are not arguing that it needs to be done, they are arguing that we should have the OEM scanner in house to do it, therefore they shouldn’t have to pay the astech fee.”

The Southeastern shop owner said his facility had used the asTech for a ‘couple of years, at least” and had “very little trouble” getting paid until this issue. He said they charge asTech list price — $119 pre, $50 post — and usually a half-hour of mechanical work.

The Western shop, which uses an AirPro, provided a February email from a GEICO auto damage adjuster who declared the company would not pay pre- and post-repair scan sublets. The repairer should have their own scan tool, according to GEICO.

The Southeast shop in February said two of their customers have paid the asTech cost themselves.

“I have reached out to shops in my national 20 group and our state group … and cannot find a single shop that owns OEM scan tools,” the Southeast shop owner wrote in an email. “I am also finding that most shops do not take scanning very serious, even shops I consider to be reputable.  I see many cases where even if a shop has Astech they are loosely following position statements by using their own judgement.  Many shops I spoke with have high dollar aftermarket scanners and swear they will do everything they need done.

“According to my estimators, back in the summer our local Geico field appraiser let them know that it looked like soon they would no longer be paying for scans. …

“I have to decide how to handle Geico going forward, trying not to alienate my customers.  I have already heard from a couple of customers that Geico has told them when writing their estimate that we charge double for scans and will be making them pay for part of it if they bring their vehicle to us.  … We did about 50 Geico claims last year, so it is not huge volume, but everything matters.”

He said in an interview Thursday that GEICO had been refusing to reimburse sublets like asTech for a while — but they would, paradoxically, pay for the vehicle to go to a dealership for a scan. This included travel time and sublet markup, he said. About two months ago, they drew a “hard line” and refused these as well.

“I don’t know where they come up with those numbers,” he said.

GEICO has said it will pay more if wreck-related codes are found on the prescan, but how could this be known without performing the scan in the first place, the shop owner said.

All other insurers have been fine to deal with with the exception of Trexis, which insists it won’t pay anything for a scan, “period,” the shop owner said. It’s just GEICO and Trexis, he said.

Trexis has not responded to a request for comment. 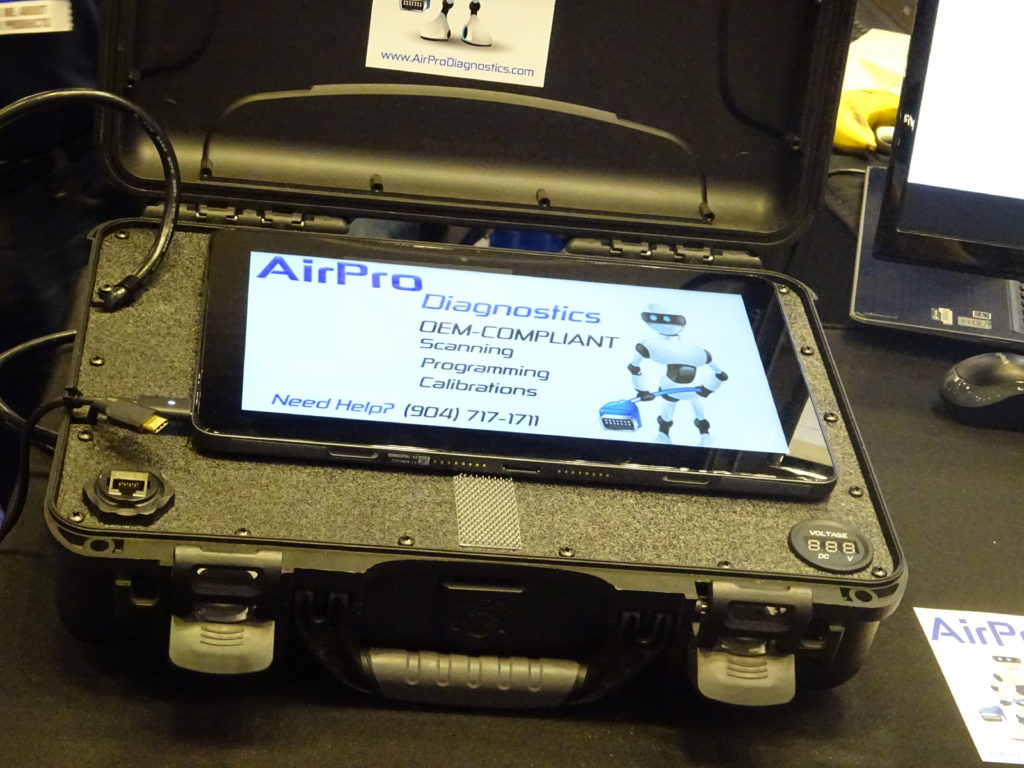 The Midwestern auto body shop manager said his company had been reimbursed by insurers for a “long time” for third-party scanning assistance, but State Farm refused to pay more than the 0.5/0.5 specified. State Farm expects repairers to be equipped with a first-party scan tool, and “they don’t care if it’s aftermarket,” the manager said.

“I have been turned down 3 times by 3 different field adjustors,” another employee wrote to the manager.

“Something must have happened in the last 2 weeks with State Farm regarding what they approve now. In the past they would say ‘show us the invoice’, not anymore.”

An Allstate representative recently articulated a similar position, but the body shop manager felt he’d be able to ultimately resolve that one with the carrier. But the “State Farm one is not happening,” the manager said.

That shop manager hasn’t encountered problems with GEICO, describing the carrier as one they “do all right with.” And No. 3 Progressive has been “great,” the manager said.

“State Farm’s gotten really nasty with this stuff recently,” the repairer said. Asked about billing State Farm customers out of pocket, he said, “that’s what we’re gonna have to do on this.”

In the Allstate incident, the carrier told the Midwest shop the carrier only permitted an hour of mechanical labor each for a pre- and post-repair scan on the 2020 vehicle in question.

“Our policy continues to be that we evaluate the need on a case-by-case basis and negotiate with the individual shops,” Allstate spokesman Justin Herndon wrote in an email March 5 when asked about the incident.

“Perhaps the letter you are referencing was about a specific case?

“It would be an error at the local level if it suggested that as an official policy, though.” 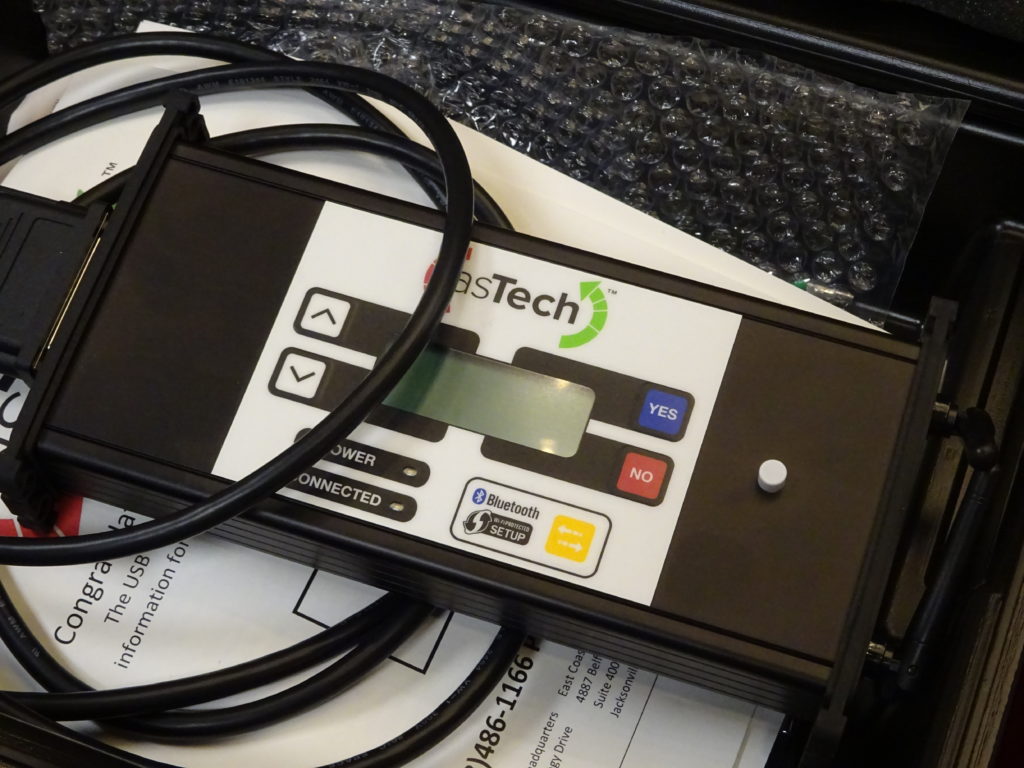 The State Farm and GEICO positions don’t seem to hold up under scrutiny.

A Mitchell representative told a January 2019 Collision Industry Conference that there’s five different ways to scan a car, making a book time difficult to pin down. None of the three information providers treat scans as an included operation.

But for scanning, the question becomes: “Where did 0.5 come from?” Rodenroth said. He said he “would love to see” a time study related to such an insurer position. The carrier is attempting to direct a repair, but “you have no data.”

In addition, every vehicle will be diagnostically different, Rodenroth said. He called the idea of a “blanket time” applicable to every vehicle “incredibly dangerous.”

Insurers might be getting confused by the existence of a set diagnostic time for warranty work, Rodenroth said. As AirPro operations Executive Director Chuck Olsen described it, this scenario involves a situation where the mechanic already knows what problem likely exists. You check out the vehicle, confirm, “‘Yup, that’s my problem,'” and make the repair, Olsen said. 0.3 hours might be all that’s needed, he said.

But “none of those things apply” in collision, Olsen said. “It’s failure-based diagnostics,” he said.

The car has been in a crash, and there’s a “lot of things wrong with the car,” he said.

“They’re kind of all different,” Rodenroth said of collision-damaged vehicles.

The real time and effort comes in working out what’s wrong based on the scan results, Olsen said. Every diagnostic situation is an “adventure,” he said.

He said AirPro might need to assist the shop for 2-3 hours on one vehicle and merely a half-hour on another for what averages $90-$120 per service session.

He said a typical dealership with 20 technicians might only include two capable of high-level diagnostics. Scanning is mechanical labor, and at the “top end” of mechanical at that, he said.

“They’re under the impression that the tool does the work,” Olsen said. “… That’s just a huge misconception,” he said.

It’s not the scanner, “it’s the guy behind it,” Olsen said.

Asked if there’s enough talent in the marketplace to have someone like that in-house at every shop, Olsen said, “No, there’s not.”

The asTech is shown at SEMA 2018. (John Huetter/Repairer Driven News)