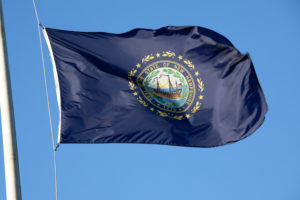 Yesterday, we covered what is likely the end of a New Hampshire bill that would establish a rebuttable presumption that insurers should cover OEM scanning and calibration procedures and repairer’s paint and material estimates.

But our reporting produced a couple of other interesting details that collision repairers and other bill advocates might wish to consider if they bring back House Bill 1455 next session. These points might also involve considerations for advocates of similar repair procedure bills in other states.

HB 1455 cleared the New Hampshire House 216-120 on March 11. But with the session crimped by the COVID-19 coronavirus response, senators voted June 16 to table HB 1455, a move supported by bill promoters.

“A decision was made by the stakeholders, including the NH Automobile Dealers Association and the body shops that are part of the association, to recommend leaving HB 1455 on the table,” co-sponsor Rep. Kermit Williams, D-Wilton, wrote in an email Monday. “The pandemic has had a big impact on our legislative action. We have a set of rules that are designed to close legislative business, except for veto overrides, by the end of June. Many of those deadlines passed while we were shut down, and would require a 2/3rds vote to change rules. Republicans in the minority voted against rule changes, so we are very limited in what we can do. I expect that the bill will come back in some form next year.”

The bill in its current form might be opposed by the New Hampshire Department of Insurance if it resurfaces.

“This issue was vetoed last year by the recommendation of the Insurance Department and this new amendment does nothing to change the recommendation by the Insurance Department to not pass this bill,” the House Calendar wrote of a March Commerce and Consumer Affairs Committee minority report opposing the bill, attributing it to Rep. John Hunt, R-Rindge. 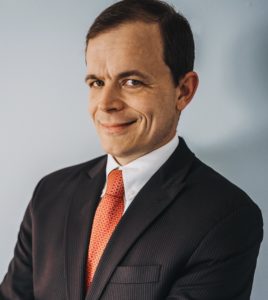 The New Hampshire Insurance Department confirmed Thursday that Nicolopoulos and his agency continue to oppose the bill, which was amended by the committee and ultimately by the House to a much narrower scope than 2019’s HB 664.

“The Department remains opposed to HB1455 as amended,” DOI communications director Eireann Sibley wrote in an email Thursday. “The amended language will result in increased costs that would eventually be passed on to NH consumers.  There is no safety-based need for such increased costs as current law requires that insurers pay for the usual and customary guarantees of workmanship service.  This guarantees a safe repair.  The complicated nature of the amended language also unacceptably raises the chances of unintended consequences that would be anti-consumer.  The policies themselves also require that the vehicle be brought back to pre-loss condition, which also mandates a safe repair.   Lastly, the Department receives virtually no complaints from consumers that insurers are declining to pay for safe repairs to bring vehicles back to pre-loss condition.”

“Commissioner Elias also asserted that requiring auto body shops to follow manufacturer instructions would increase insurance rates on consumers,” the document by AASP President Bill Adams, SCRS Chairman Brett Bailey and ASA President Ray Fisher states. “Such a belief is an acknowledgement that repairs are not being conducted in accordance with automaker instructions today. If they were, there would be no reason for rates to change. The very reason consumers buy auto insurance is to make sure their vehicle is made whole if they are ever in an accident. We are aware of no insurance discounts offered in the state for policies that allow for corner-cutting repairs. As such, New Hampshire consumers should be guaranteed their vehicle will receive a safe and proper repair if their vehicle is ever in an accident, and to do so repairers need to follow automaker repair procedures every time.”

No insurance company, agent, or adjuster shall knowingly fail to pay a claim to the claimant or repairer to the extent the claimant’s vehicle is repaired in conformance with applicable manufacturer’s procedures.  Notwithstanding any statements or recommendations contained in the manufacturer’s procedures relative to the use of parts, governance of the use of any and all parts, in the course of an insurer-funded repair shall be solely dictated by RSA 407-D:3-a and not by a manufacturer’s recommendations or procedures.

The House this year changed this to cover just scanning and calibration:

There shall be a rebuttable presumption that manufacturer recommendations for scans and calibrations are necessary for vehicle safety and for restoration of a vehicle to its pre-loss condition. No insurance company, agent, or adjuster shall knowingly fail to pay a claim to the claimant unless such presumption has been rebutted by evidence that the scan and calibration are not necessary for vehicle safety and to restore a vehicle to its pre-loss condition.

The bill rewords but leaves intact support for a body shop to using a preferred third-party paint and materials estimate source.

According to the House Calendar, the Commerce and Consumer Affairs majority report associated with Chairman Edward Butler, D-Hart’s Location, credited the DOI for the “rebuttable presumption” concept.

After discussions with the Insurance Department the phrase “rebuttal presumption” was included in order to make it clear that the repair shop must understand that its claim for payment must be clearly defined and defensible with the goal or returning the vehicle to safe operation and pre-loss condition.

Other elements of the bill are mostly the same as before.

Collision repairers and auto glass companies scanning or calibrating a vehicle would under HB 664 “not be limited to tooling or equipment dictated or recommended by the manufacturer’s recommendations for scans and calibrations.”

However, the auto or glass repairer still had to “calibrate an advanced driver assistance system meeting or exceeding the manufacturer’s recommendations for scans and calibrations.”

If the shop isn’t going to calibrate a vehicle or can’t do it successfully, they must “inform the consumer that the vehicle should be taken to a vehicle manufacturer’s certified dealership, a qualified automobile glass company, repair facility, or other qualified repairer capable of performing the calibration of an advanced driver assistance system that meets or exceeds the manufacturer’s recommendations or specifications.”

The shops or insurers also must tell the customer “if a calibration of that (ADAS) system is required and if such calibration will be performed” before any auto glass repair or replacement.

Have the Safety Department settle disputes?

The Legislature might see a different approach to the issue of shops and insurers disputing the cost of necessary repairs.

HB 1455 co-sponsor Rep. Kenneth Weyler, R-Kingston, said he attempted to sponsor a measure which would attack the problem by establishing the New Hampshire Department of Safety play tiebreaker.

“Mine never got published,” Weyler said.

Weyler said he didn’t mind the bill he was attached to and remained a co-sponsor, even if it wasn’t what he envisioned.

Weyler said the problem seemed to be that “there is no neutral” when insurers and repairers can’t agree on something.

He saw the Department of Safety filling that role and said he would try to submit a bill to that effect again next session. Asked if he was opposed to using the OEM repair procedures as a benchmark, Weyler said, “I am not.”

The Department of Safety includes both the New Hampshire Division of Motor Vehicles and the Bureau of Registration, which oversees the state’s third-party vehicle inspection stations. Inspected areas include glass, mirrors, the body and chassis.