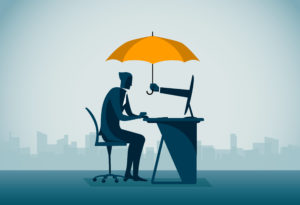 For the first time in at least 21 years, an auto insurer’s website mattered more than a human agent to satisfaction with carrier interactions, J.D. Power reported last month.

The online customer experience accounted for 34 percent of an insurer’s total interaction satisfaction, compared to 33 percent for agents. J.D. Power said this trend “has been building steadily for more than a decade.”

“We’ve seen this trend developing for several years, but this is the first time that the digital channel has become the preferred means of interacting with auto insurers, exceeding one-on-one communication with agents,” J.D. Power insurance intelligence senior consultant Robert Lajdziak said in a statement. “This has huge implications for the industry because it puts the focus squarely on digital investment to notably expand creating seamless customer touch points. It’s an area in which the major national carriers excel, versus hyper-local, albeit knowledgeable, agent networks.”

The “2020 U.S. Auto Insurance Study” ran in “February-March” and examined responses from 40,123 auto insurance customers. It studied satisfaction on billing process and policy information, price, claims and policy offerings as well as interaction.

The trend is noteworthy for repairers and customers. Less reliance upon agents means consumers might lose potential advocates when insurers deny reimbursements for necessary operations. It also could mean more premium money exists for claims if the net cost of acquiring, retaining and interacting with customers proves lower than paying agents to do so.

“Several structural advantages are helping direct insurers reset the auto insurance leaderboard,” J.D. Power observed during an April announcement of another study. “For one, lower commissions and administrative expenses enable direct carriers to enjoy a 10-percentage point cost advantage vs. exclusive and independent agent carriers. From a technology standpoint, 90% of customers say they are open to purchasing their auto insurance online. Direct carriers have taken seven percentage points of market share from agent insurers in the past decade, and this year earn the highest scores in every factor comprising the purchase experience in this study.”

That “2020 U.S. Insurance Shopping Study” ran from April 2019 through January and polled 14,300 people who sought a quote “from at least one competitive insurer in the past nine months,” J.D. Power said in April.

J.D. Power said in April that GEICO and Progressive represented nearly 92 percent of all premium growth in the prior year, “putting an exclamation point on a trend toward increased adoption of direct-to-consumer auto insurance that has been building for several years.”

“Over the past decade, auto insurance costs have risen at two times the rate of inflation,” J.D. Power property and casualty insurance head Tom Super said in an April statement. “That’s consuming a larger share of discretionary income and playing an increasingly significant role in household finances. Add the effects of record high levels of unemployment and the 52% of auto insurance customers who say they plan to either reduce coverage, shop for another carrier or switch to another carrier because of COVID-191, and the outcome for the industry is clear: price is going to be a bigger factor. Direct insurers are in the best position right now to benefit from this trend due to their cost-of-acquisition advantages, but there’s more to acquiring—and retaining—customers than price alone. Customers who have a poor experience are eight times more likely to shop than those who do not, and brand perception remains critical.”

J.D. Power in April also found that “all that advertising does matter,” another potential boost for the direct model — customers don’t need an agent to tell them about brands.

“A reflection that the personal lines auto market is functioning more as a consumer product, large insurers continue to take share from mid- and small-size carriers,” J.D. Power wrote then. “Brand factors, including reputation and long-term viability, are key facilitators of converting shoppers to consider and quote a brand. Brand attributes such as convenience, leadership and clear messaging are associated with brands that have higher sales conversion rates. Moreover, brands recalled by shoppers on an unaided basis are four times more likely to be quoted than brands only recognized on an aided basis, which illustrates the effectiveness of insurers’ extensive marketing initiatives.”

GEICO took first in large insurer purchase experience satisfaction at 867 out of 1,000. The Hartford’s 895 score put it first among midsize carriers.

J.D. Power in June said customer satisfaction for insurers rose to a record 835 out of 1,000. “National carriers such as GEICO, State Farm and Allstate have earned some of the most significant gains … aided by the growth of their digital channels.”

Another study announced in June found customer satisfaction with the P&C customer service experience growing 9 points “and overall satisfaction with the shopping experience improves 18 points, as the past several years of investment in digital start to pay off. However, customer expectations continue to rise, with shoppers consistently accessing more information than they have in the past, across more channels than ever before.”

Ironically, too much information on the insurer’s site itself can be bad, according to J.D. Power: “Finding the right balance when it comes to information density has been a challenge for insurers, with many providing too much complex and expansive information and others pushing heavily to a mobile-first approach. The ability to provide just the right amount of information is a key driver of customer satisfaction.”

Featured image: For the first time in at least 21 years, an auto insurer’s website mattered more than a human agent to satisfaction with carrier interactions, J.D. Power reported in June 2020. (erhui1979)