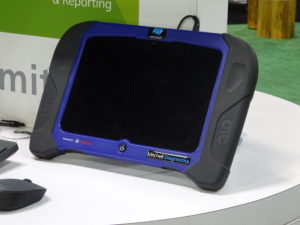 A Mitchell study of more than 2 million diagnostic checks conducted with its scan tools found a trend toward more fault codes in newer vehicles, with the information provider proposing this indicated greater vehicle complexity.

“We can infer that the level of interconnectedness and electrical system complexity is greater in vehicles that produce the most codes,” Mitchell’s Ryan Mandell wrote Sept. 11.

The research published earlier this month in Mitchell’s latest Industry Trends Report also examined differences between automakers’ scan results, noting that the European vehicles tended to post the most codes while the Asian ones tended to throw the least. It also revealed common codes for Nissans and BMWs which might reflect errors within the collision repair process.

“Due to differences in how OEMs engineer their ADAS systems, the most common fault codes vary significantly by automaker,” Mandell wrote. “For example, the most frequent fault code for BMW vehicles is 0xCD0487. This indicates a synchronization error in communicating with the automobile’s various modules. If found during a post-scan, it may indicate improper installation or calibration of an ADAS component and require additional labor to resolve. When scanning a Nissan vehicle, though, the most common fault code is C1A16-00 or a blocked radar sensor. A variety of scenarios can cause this code, including collision damage. If found during a post-scan, the error could also indicate excessive coating thickness that is obstructing the radar sensor and causing it to malfunction.”

It also confirms that older vehicles will throw codes too — further debunking the misconception that they don’t need scans. For example, the previous incarnation of HUMMER-brand vehicles, which based on GM manuals ended with the 2010 model year, still averaged 8.76 fault codes per repair. (GM will relaunch the brand with an electric version in October.) Saturn also appears to have ended in the 2010 model year, yet all Saturns scanned registered an average of 7.95 codes. 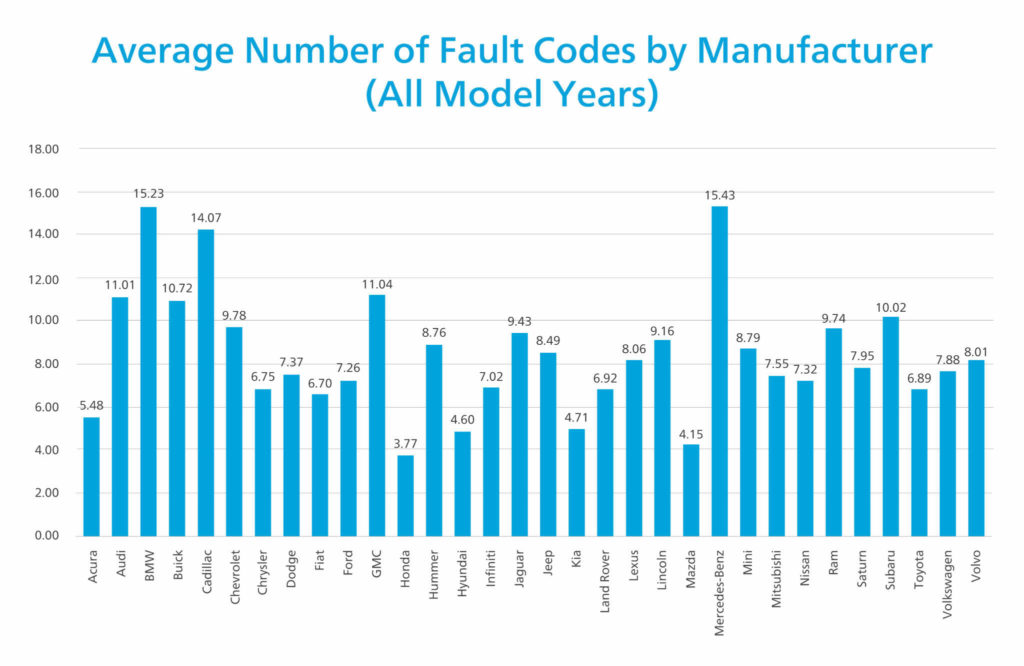 “Chevrolet, Ford, Honda, Hyundai and Kia vehicles all showed declines in the average number of codes identified on diagnostic scans when compared to pre-2018 model year vehicles,” Mandell wrote. “This is somewhat surprising as these newer vehicles are more likely to come equipped with ADAS. One possible explanation is that the older vehicles were carrying a number of uncleared codes that were set before the collision occurred.”

Mitchell found Mercedes and BMW posting the most fault codes, at 15.43 and 15.23 per vehicle, respectively, across all model years. Honda averaged the least amount of codes, at 3.77, with Mazda coming in second-to-last with 4.15 codes.

Mandell took a closer look at Mercedes, using the brand as an example of how luxury brands displaying “interconnectedness and electrical system complexity” tend to yield more codes.

“The average number of fault codes produced rises as we move from the lower cost C-Class (13.59) to the high-end S-Class (20.8),” Mandell wrote. “Additionally, severity increases along the same spectrum with the Mercedes S-Class, which is almost 50% higher, on average, for cost of repairs than the C-Class. It’s also 25% longer when it comes to keys-to-keys cycle time.” (The latter statistic solely involved the 2015-20 model years.) 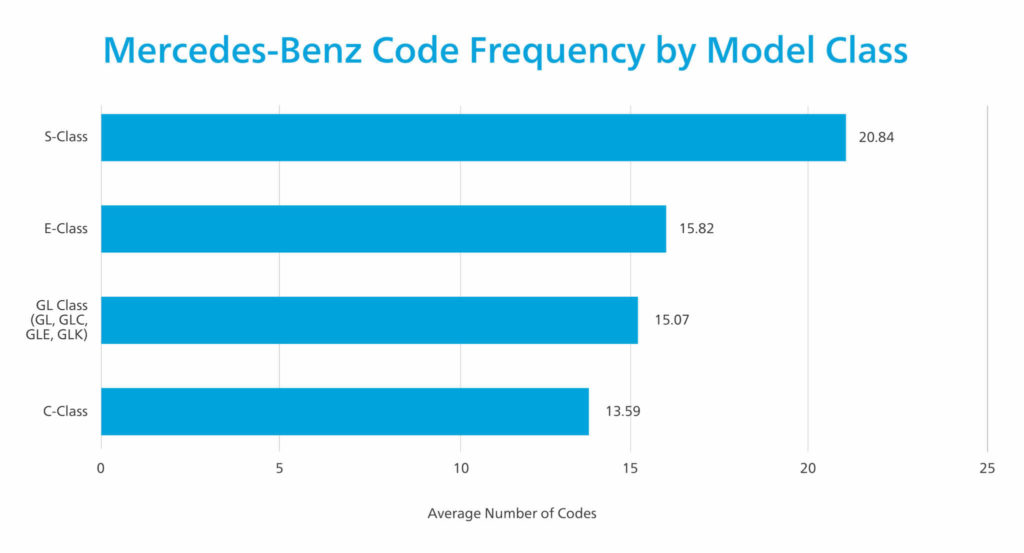 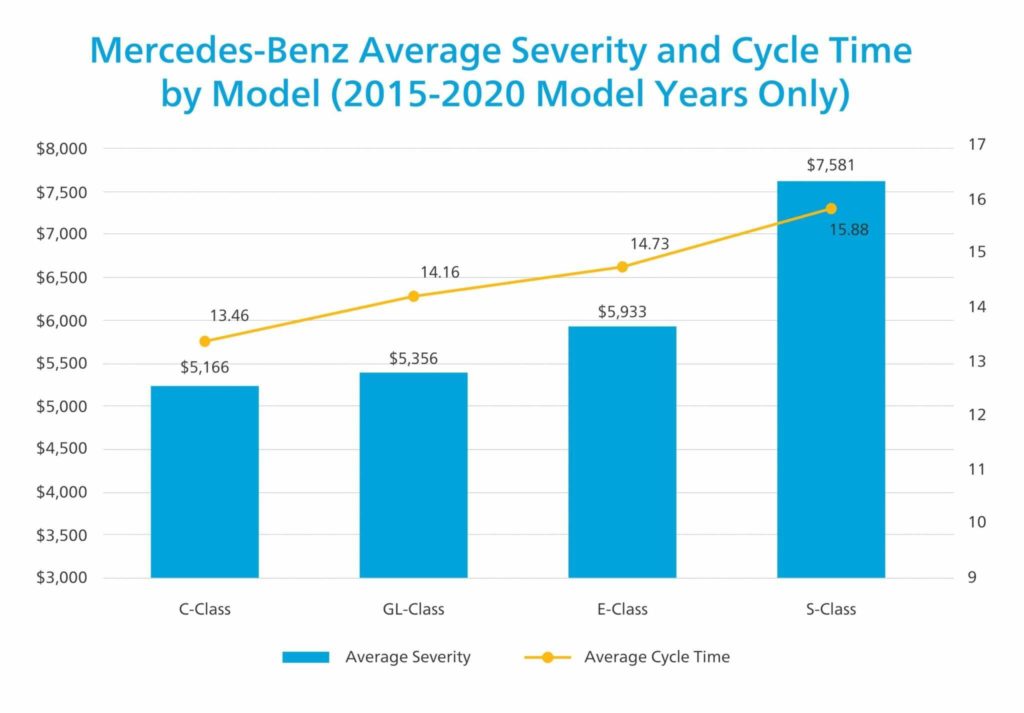 “Cracking the Code: What DTCs Tell Us About Vehicle Repair Trends”

A Mitchell study of more than 2 million scans performed with its tools revealed some Asian makes threw far fewer codes compared to rivals. (Provided by Mercedes)

A September 2020 Mitchell graph shows how severity and cycle time grow as one moves to higher-end Mercedes models from the 2015-20 model years. (Provided by Mitchell)