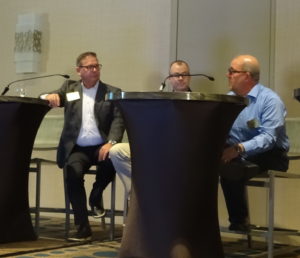 Collision Industry Conference panelists on Thursday described insurers and repairers largely in agreement on the issue of diagnostic scanning.

Fountain Valley Bodyworks operations manager Michael March, whose company’s two locations handle more than 700 vehicles monthly, said during the Emerging Technologies Committee session that between 75-95 percent of vehicles are scanned without objection from insurers over the charge. He put the proportion at 90 percent in another comment.

The Insurer-Repairer Relations Committee session later in the day drew similar perspective on the issue.

Committee Co-Chairman Clint Marlow said that from an insurer’s perspective (Allstate’s) it could be agreed in 2019 that “new technologies have changed the game.” It was “obvious” that vehicle with advanced driver assistance systems would need a scan on a repair plan, he said. Hopefully, he said, repairers weren’t seeing much disagreement anymore.

Keller said his company’s focus is to scan if the manufacturer says to do it.

Vehicle Collision Experts CEO Mark Olson pointed out from the audience that how to fix a vehicle was different than the cost of the repair. You still have to perform the work.

Olson also observed that repairers encountering insurers refusing to pay will skip the operation without telling the customer. That’s an automatic loss in court, said Olson, who serves as an expert witness.

Insurer-Repairer panelist Patrick O’Neill (Body Shop Express) said his shop hadn’t had many problems. The issue disappeared if the shop had policy statements it could show the carrier. However, difficulty arose if OEM policy statements were ambiguous, with words like “‘we recommend.'” It needed “clear, definitive statements.”

“It’s been a pretty smooth road,” O’Neill said, noting his shop isn’t one seeking to have an argument. Conversations with insurers are “back and forth,” he said. For any major issues, he could just pick up the phone and call a claims manager, he said.

Panelist David Willett, auto aftermarket general manager for garagekeeper’s carrier Intrepid Direct, said he felt like a “line of demarcation” for scanning was December 2018. Between then and February 2018, shops seeking to perform the correct repair still had to fight insurers over the charge.

Now, that battle seems won, and the shops trying to do it right are “down the road” on the issue, Willett said. 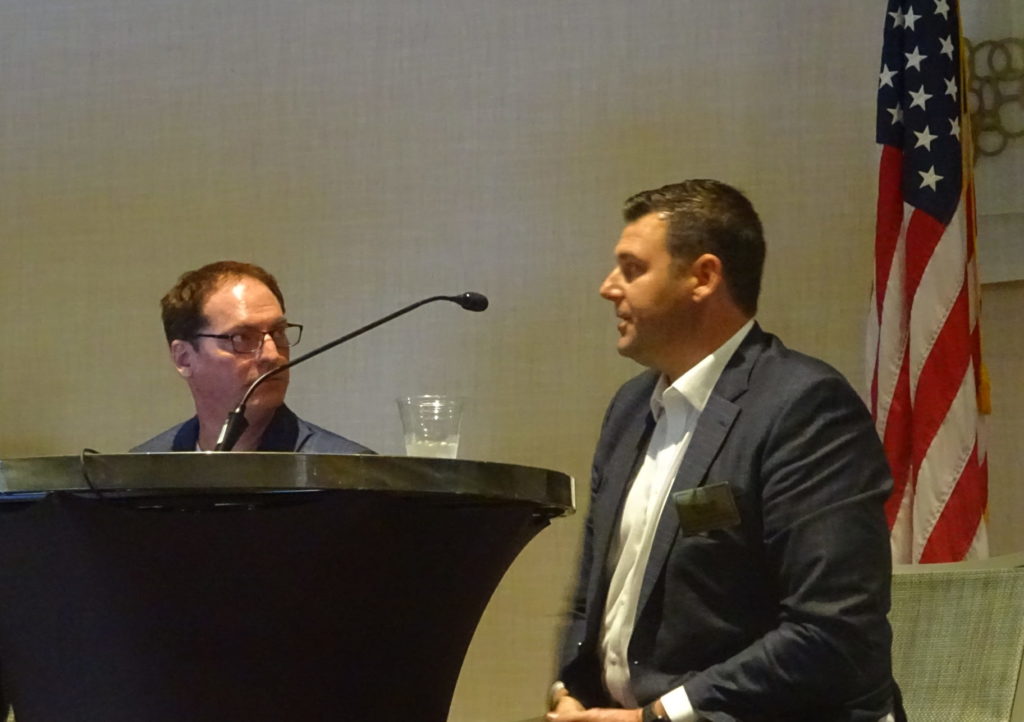 More than eighty percent of the shops responding to the October 2019 “Who Pays for What?” reported insurers covering pre- or post-repair diagnostics “most” or “all” of the time when shops invoiced it. Both operations saw double-digit percentage point gains over 2018 in insurers willing to pay with such frequency.

Nevertheless, the CIC contained an example of how a dispute might still arise. Marlow said he owned a 2008 Ford F-150 still worth $6,000. It had antilock brakes and airbags, and “that’s about it.”

If his truck needed a bumper replacement, “I’d like to think” it didn’t need a scan. That was his “10 percent,” referencing the notion of repairers and insurers disagreeing 10 percent of the time about a diagnostic.

“In the end, we’re here to repair cars,” Marlow said. The customer represented by an empty chair at CIC meetings wants a safe but “cost-effective” repair.

AsTech director of industry relations Jake Rodenroth said he looked up Marlow’s truck, and the pickup is supported for 27 different initializations, resets and synchronizations. Perhaps instead of going by model year, the question should be operations and impact, he said.

With older vehicles, “there’s steps with those cars too,” Rodenroth said. 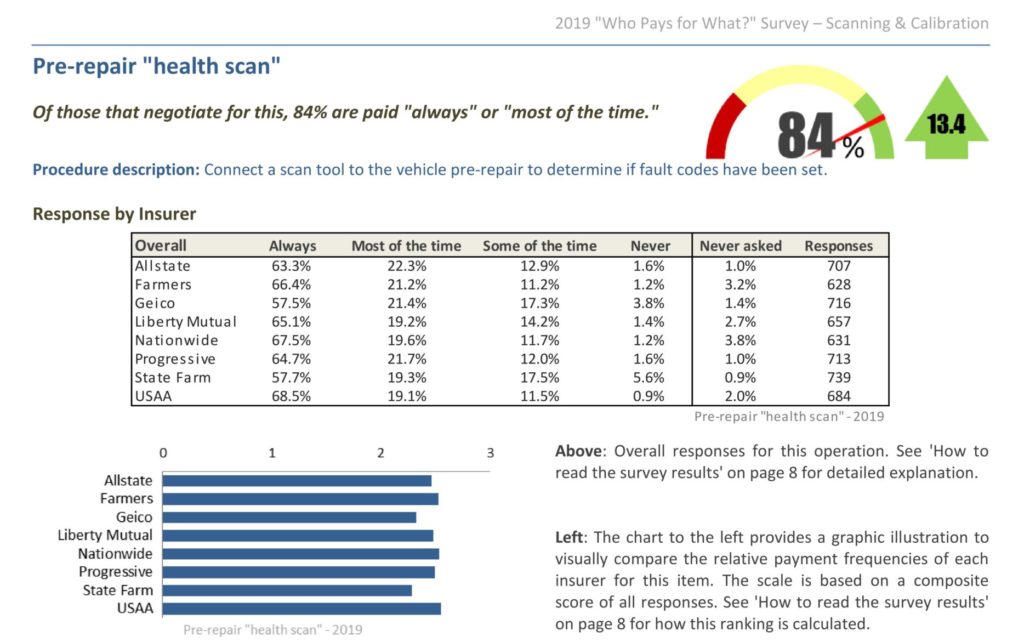 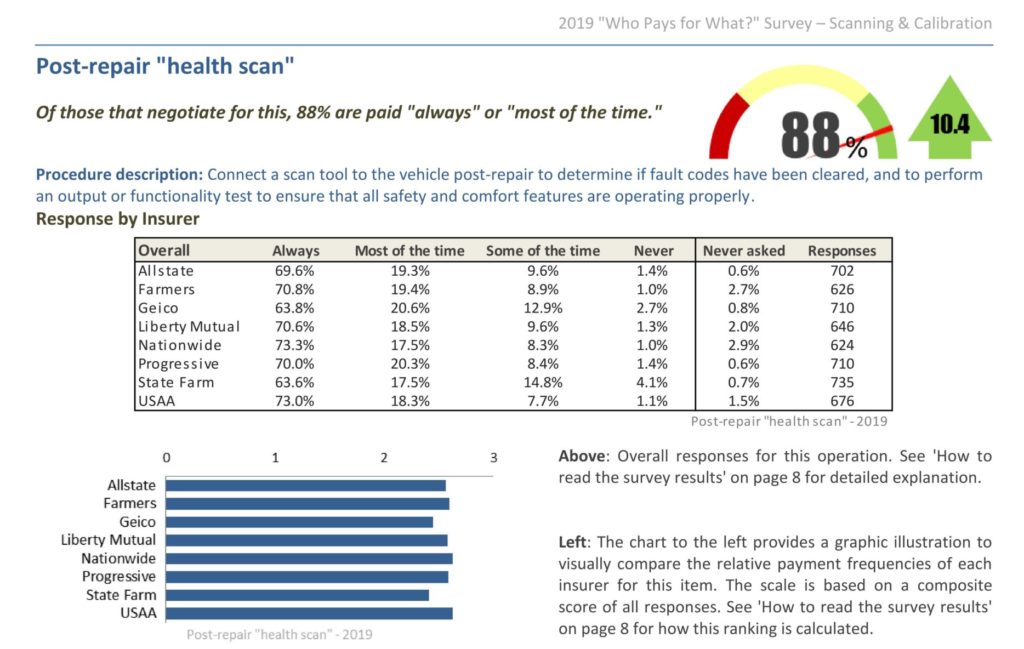 Position statements exist for awareness, Rodenroth said. They’re not intended to get repairers paid. If shops hadn’t determined individual operations and diagnostic steps, perhaps they hadn’t proven scans were a requirement., he suggested. Audi doesn’t have a position statement on scanning, yet its repair procedures on erWin describe the need for the work.

Marlow said he did like the idea of examining operations and installed systems. “My answer completely changes” if there’s a sensing system in the rear of the vehicle, he said.

That “10 percent” still disputed with insurers ought to diminish.

At this time last year, CARSTAR’s then-Chief Operating Officer Dean Fisher (now CARSTAR’s president shared a an anecdote explaining to a carrier that the issue of scanning was soon to be moot. The insurer asked what Fisher meant, and he pointed out that a 10-year-old car in 2020 was a 2010 model.

Clarification: The discussion at CIC involved the proportion of scans where an insurer objected to paying for a scan, not the percentage of time a shop performed the work. The article has since been edited to make this clearer.

An October 2019 “Who Pays for What?” study found more than 80 percent of several hundred repairers reporting that leading insurers were reimbursing pre- and post-repair scans “most” or “all” of the time. (Provided by Collision Advice and CRASH Network)