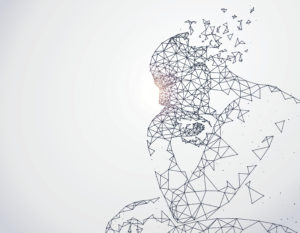 “Insurance companies liked photo-based estimates because appraisers who could average only four in-person estimates a day could complete as many as 15 virtual ones by staying in the office and scrolling through customer-supplied photos on a computer monitor,” the New York Times wrote. “However, once damaged cars got into body shops, those estimates proved far less accurate than those done in person. Insurance companies were bedeviled by costs that surpassed estimates — called claim supplements — sometimes running as much as 50 percent higher. Customers were frustrated by unexpected delays. And body shops hated being caught in the middle. …

“That was then. Now, customers can download phone apps through their insurers to guide them through the process of taking and uploading photos that can be evaluated by A.I., producing a near-instantaneous damage estimate. …

“The best algorithms already provide estimates in a few seconds that are as accurate as those produced by experienced human estimators.”

By contrast, staff field inspections and independent appraisers produced in-person estimates which only led to supplements costing 34.5 percent and 30.5 percent of the original estimate, respectively, between 2013-17.

However, Mitchell noted that the actual dollar amount of the supplements came out around the same, for insurers tended to dispatch actual human beings to what were deemed higher-dollar repairs.

Unfortunately, the New York Times article leaves the impression that supplements wouldn’t arise AI-prepared initial estimates, since the software only can see the exterior of the vehicle. That’s not good if the Times’ readers and insurers assume the initial estimate prepped by the computer caught everything.

Tractable North American automotive operations head Jimmy Spears, whose company figured prominently in the Times article, has even told us the company wanted to make sure a vehicle went to an auto body shop for further scrutiny.

Unless an appraisal involves a “by-the-book blueprinting” in which the estimate is written during disassembly — a supplement would arise, he said.

On the other hand, AI photo estimators might be less prone to forget, miss, or intentionally overlook repair procedures, either. The article alludes to this.

“Algorithms also learn and adapt more quickly than human experts,” the article states. “A simple bumper replacement is not necessarily simple anymore, because new bumpers often have expensive integrated sensors, like the ones that warn drivers if they’re backing up too close to another car when parallel parking. As a result, those claim supplements are increasing.”

The article also reports that USAA “expects to bring its own A.I. claim settlement technology to market in 2021 or 2022,” and Liberty Mutual’s Solaria Labs uses an A.I. estimating algorithm “to give appraisers a head start on estimates.

It described Tractable CEO Alec Dalyac as promising, “In the next few quarters, there’s going to be an announcement of a very big American carrier — a household name — that’s going to be doing this,” and Spears describing “days … filled with meetings and product demonstrations, and we have a number of proofs of concept in play with top-10 insurers.”

“A Car Insurance Claim Estimate Before the Tow Truck Is Called”

Will artificial intelligence be better at initial estimates than human adjusters? (liuzishan/iStock)