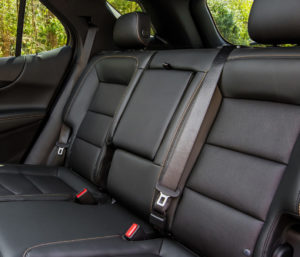 Forty percent of shops who billed for work to inspect seat belts saw insurers reimbursing the charge “always” or “most of the time,” the newest “Who Pays for What?” survey found.

“This is one of the procedures I’m most concerned about,” Mike Anderson, CEO of study co-author Collision Advice, said in a statement Monday. “The data from our ‘Who Pays For What?’ survey in July, while heading in the right direction, still indicates to me that too few shops are researching OEM repair procedures and so are unaware of the need to inspect seat belts.”

To this point, the Collision Advice-CRASH Network poll of around 400 shops July 1-Aug. 5 also found 41 percent of respondents said they hadn’t charged for the work at all. This means either those shops are performing the repairs for free — or they didn’t conduct the inspections at all.

“I think the ‘Who Pays’ surveys are helping raise awareness of the need for this procedure,” Anderson said in a statement Monday. “One of the things I’ve learned in researching OEM procedures is that many automakers include two procedures related to seat belt inspections. One may be a seat belt precaution, generally a list of what you need to look for if a vehicle has been in an accident. The other is a seat belt inspection, procedures required when you reinstall a seat belt removed as part of repairs.”

Major OEMs can require repairers to check out restraints following a crash— and this mandate might have been on the books longer than shops and insurers realized. For example, General Motors has since at least 2014 offered a position statement instructing shops to conduct the operation.

The 2020 version of the document states:

• The instrument panel knee bolsters and mounting points—Inspect the knee bolsters for bending, twisting, buckling, or any other type of damage.

• The instrument panel brackets, braces, etc.—Inspect for bending, twisting, buckling, or any other type of damage.

• The seat belts—Perform the seat belt operational and functional checks. …

• The instrument panel cross car beam—Inspect for bending, twisting, buckling, or any other type of damage.

• The instrument panel mounting points and brackets—Inspect for bending, twisting, buckling, or any other type of damage.

• The seats and seat mounting points—Inspect for bending, twisting, buckling, or any other type of damage.

• The roof and headliner mounting points.

Access the official version of the document (No. 2322743) on GM’s official OEM repair procedures website for a link to more guidance on the seat belt inspections.

As is typically the result in the “Who Pays?” studies, State Farm and USAA were the best about consistently reimbursing claimants who charged for the inspections in 2020. 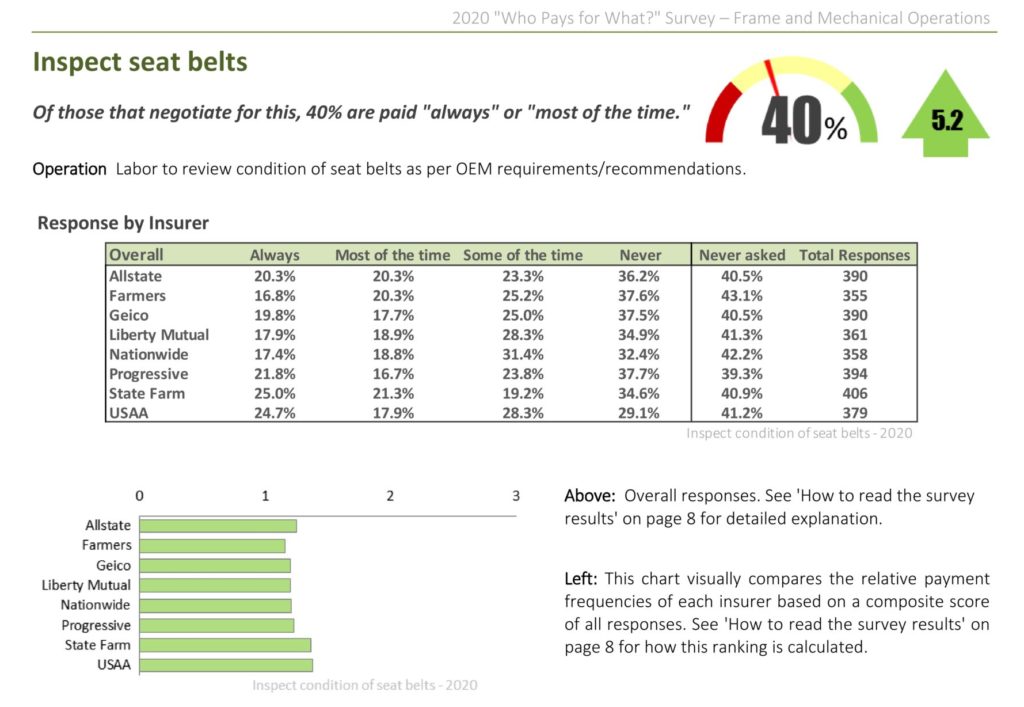 Looking back on “Who Pays” survey data from 2016 offers a glimpse of how far both the collision and insurance industries might have come on the operation. Still, it’s concerning that insurers still consistently fail to acknowledge a safety-related operation and, based on Anderson’s assessment, repairers might not even be performing the work. 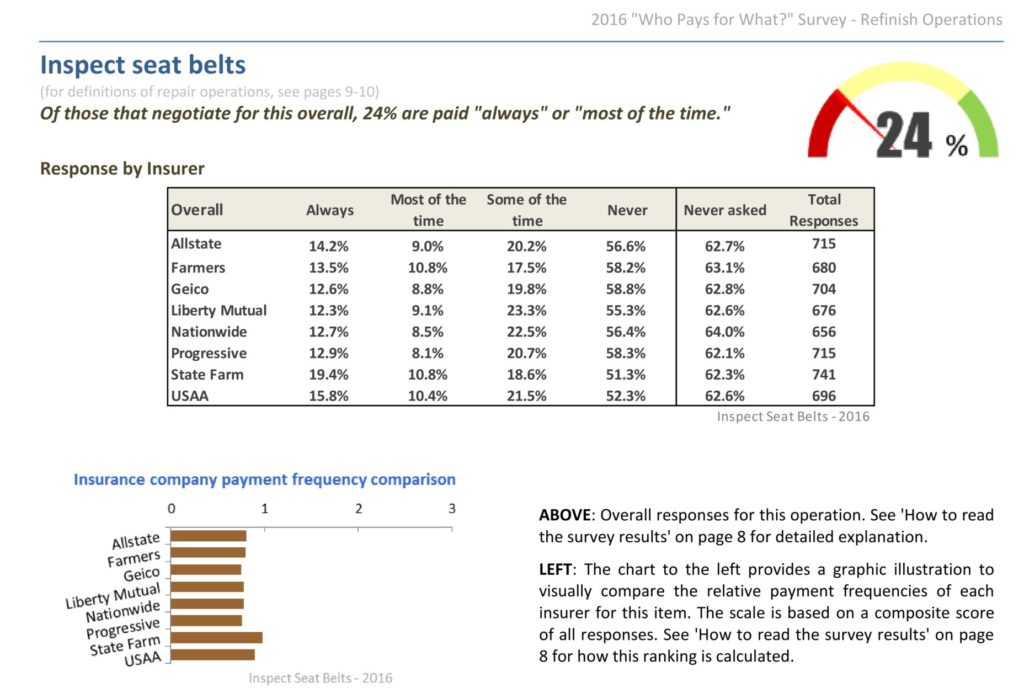 Particularly, since “even the vehicle owner’s manual” can call for an inspection, according to Anderson. He referred “Who Pays?” readers to a list of OEM owner manual websites compiled by Database Enhancement Gateway Administrator Danny Gredinberg.

We pulled Ford’s owner’s manual for the most popular model in America — using the 2010 edition. An entire decade ago, Ford clearly instructed owners to inspect F-150 seat belts following a crash:

“Inspect the vehicle safety belts and child safety seat systems periodically to make sure they work properly and are not damaged,” Ford wrote in the manual’s third printing. “Inspect the vehicle and child seat safety belts to make sure there are no nicks, tears or cuts. Replace if necessary. All vehicle safety belt assemblies, including retractors, buckles, front safety belt buckle assemblies, buckle support assemblies (slide bar-if equipped), shoulder belt height adjusters (if equipped), shoulder belt guide on seatback (if equipped), child safety seat LATCH and tether anchors, and attaching hardware, should be inspected after a collision. Refer to the child restraint manufacturer’s instructions for additional inspection and maintenance information specific to the child restraint. Ford Motor Company recommends that all safety belt assemblies in use in vehicles involved in a collision be replaced. However, if the collision was minor and an authorized dealer finds that the belts do not show damage and continue to operate properly, they do not need to be replaced. Safety belt assemblies not in use during a collision should also be inspected and replaced if either damage or improper operation is noted.”

Help the collision industry by taking the current “Who Pays for What?” survey by the end of the month and answering questions on topics like shop supplies and  advanced driver assistance system calibration. All answers are kept confidential; data is published only in the aggregate.

Forty percent of shops who billed for work to inspect seat belts saw insurers consistently reimbursing the charge, a summer 2020 “Who Pays for What?” survey found. (Provided by CRASH Network and Collision Advice)

Less than a third of shops who billed for work to inspect seat belts saw insurers consistently reimbursing the charge, a 2016 “Who Pays for What?” survey found. (Provided by CRASH Network and Collision Advice)