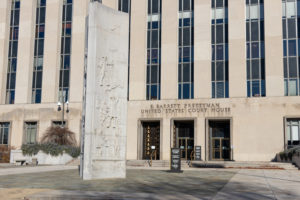 U.S. District of Columbia Judge James Boasberg earlier this month ordered the Small Business Administration to by Nov. 19 release details on Paycheck Protection Program recipients and loan amounts, information the agency had withheld from the public.

The ruling also called for the release of coronavirus-related Economic Injury Disaster Loan information the SBA had partially redacted.

Both COVID-19 relief measures were highly popular with small businesses, and many collision repairers took part in both programs.

Boasberg’s ruling in part hinged on the fact that that the loan forms told all borrowers their names and loan amounts could be disclosed.

On Thursday, the SBA sought to stay the order until Dec. 7 or pending its appeal, assuming it opts to file one. (It said it hadn’t decided yet.) Its opponents, which include major news outlets and the Center for Public Integrity, both oppose the stay.

Boasberg on Friday issued a temporary stay while he considered the SBA’s motion, giving plaintiffs until Nov. 27 to file any opposition. By Monday, the news outlets had already filed a motion opposing the delay.

The SBA this summer had released the names of businesses receiving $150,000 or more under the popular COVID-19 relief initiative. However, the agency concealed the precise amount of their loans, reporting merely that the dollar value fell within a certain range. (These ranges started at “$150,000-$350,000” and went up to “$5-$10 million.”)

Conversely, the SBA concealed the names of businesses who received less than $150,000, but the agency reported the amounts those businesses received.

The vast majority of collision repair businesses who took out PPP loans through June 30 received less than $150,000. 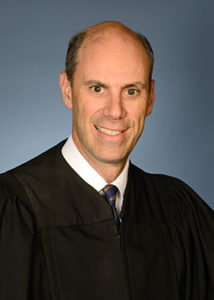 The SBA had previously released the names of many Economic Injury Disaster Loan and EIDL advance recipients, but it didn’t reveal which sole proprietorships and independent contractors received the aid, according to Boasberg. It kept their identities hidden while revealing the names of EIDL borrowers with different business structures.

Our time with the raw EIDL data indicates significant numbers of recipients had their information redacted by the SBA.

Various news outlets and the Center for Public Integrity sued for more information into what Boasberg called “an unprecedented $717 billion in loans via the PPP and the separate Economic Injury Disaster Loans (EIDL) program.”

SBA argued that the information it withheld was protected under the Freedom of Information Act’s private and confidential information exemptions, according to Boasberg.

Boasberg disagreed and ordered “the names, addresses, and precise loan amounts of all PPP and EIDL borrowers” obtaining COVID-19 aid released by Nov. 19.

The government also has reported all COVID-19 EIDL advance grant dollars have been dispensed, but the SBA continues to issue EIDL loans. As of Oct. 19, the program counted about 3.6 millions loans worth approximately a combined $192 billion, the SBA said.

Boasberg’s ruling in part observed that the PPP application told the borrowers their information would be disclosed. It states:

Subject to certain exceptions, SBA must supply information reflected in agency files and records to a person requesting it. Information about approved loans that will be automatically released includes, among other things, statistics on our loan programs (individual borrowers are not identified in the statistics) and other information such as the names of the borrowers (and their officers, directors, stockholders or partners), the collateral pledged to secure the loan, the amount of the loan, its purpose in general terms and the maturity. Proprietary data on a borrower would not routinely be made available to third parties.

He said the SBA “told EIDL applicants that FOIA ‘generally’ requires it to release ‘information such as names of borrowers,’ as well as ‘loan amounts at maturity.'”

“Attempting to resist this straightforward result, SBA advances a series of arguments that essentially all reduce to the unavailing contention that the agency did not mean what the loan-application forms actually said,” Boasberg wrote.

He also said he had “little doubt” the information was in the public interest.

“In light of SBA’s awesome statutory responsibility to administer the federal government’s effort at keeping the nation’s small businesses afloat amidst an economic and health crisis of unprecedented proportions, the public interest in learning how well the agency fulfilled its charge is particularly pronounced. As of August 8, SBA had approved a whopping $525 billion in loans pursuant to the PPP, and it has tacked on an additional $192 billion in COVID-related EIDL loans through mid-October.”

A Repairer Driven News analysis of the first batch of information released found “Automotive Body, Paint, and Interior Repair and Maintenance” facilities received between approximately $1.25 billion and $2.06 billion combined through June 30. (The program had expired then but was extended to Aug. 8 a few days later; we’ll probably update the analysis once this litigation shakes out.) The $810 million spread here demonstrates the lack of precision within the SBA’s numbers.

Those loans to 19,681 auto body-related businesses might have protected more than 133,000 jobs in the industry, according to the government’s data.

The SBA broke down PPP loan data by the government’s official NAICS industry codes, including NAICS 811121. The government defines this “Automotive Body, Paint, and Interior Repair and Maintenance” subsegment as including companies like classic/restoration, trailer repair and upholstery shops as well as traditional auto body and paint shops.

However, the feds keep the 811121 code narrow enough that it excludes auto glass shops or traditional auto mechanical and repair companies, allowing us to hone in on the auto body sector enough for our Repairer Driven News analysis to be worthwhile.

Though the SBA’s most recent overview of the COVID-19 Economic Injury Disaster Loan program dates to Oct. 19, its more detailed information on individual borrowers only seems to date to July 20. So that’s what we had to work with for a more detailed analysis.

The EIDIL data omits NAICS codes for some reason. This means we can’t hone in as precisely on the program’s help to the collision repair industry. Nor can we tell how many “Automotive Body, Paint, and Interior Repair and Maintenance” businesses had their names redacted by the SBA and might be affected by Boasberg’s ruling.

The best we could do was sort the named EIDL recipients using five terms: “collision,” “crash,” “body shop,” “auto body,” and “body repair.” This captured some unrelated businesses and excluded collision repairers with names lacking any of those five terms. But without NAICS codes, it seemed about the best we could do.

The EIDL records show 2,719 companies with a businesses name containing one or more of those five terms approved for one of the small business loans. Those companies borrowed about $273.7 million combined, based on the EIDL loan face values.

A more conservative analysis of the list using only the terms “collision” and “auto body” still found 2,274 companies receiving about $236.2 million combined.

Businesses who applied for an EIDL loan could request an advance of up to $10,000 — and keep the money for free as a grant, regardless of whether that loan was ultimately approved. However, the government would reduce the amount it forgave that company on a PPP loan, assuming the business took advantage of that other program.

With the more conservative set of search terms, we found 4,902 companies whose name contained “auto body” or “collision” taking advantage of the EIDL grants, pocketing about $27.2 million in aid.