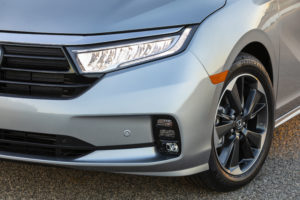 The Insurance Institute for Highway Safety on Tuesday said at least 10 automakers had ditched or improved “inferior” headlights for the 2021 model year.

The IIHS cited its tougher testing as a reason for the change. Models as of model year 2020 can’t reach the highest Top Safety Pick+ status unless every one of their trims feature headlights rated “good” or “acceptable.”

The research organization said 42 out of 185 MY 2020 vehicles tested carried such headlights.

“It’s common sense that quality headlights protect against nighttime and other low-light crashes,” IIHS President David Harkey said in a statement. “But even when manufacturers have offered good headlights, too often they were expensive add-ons that could be hard to find.”

A trend toward headlight improvement might affect collision repairers by reducing crashes.

“About half of all fatal crashes in the U.S. occur in the dark, and more than a quarter occur on unlit roads,” the IIHS wrote in an article Tuesday. “Nevertheless, manufacturers have historically sold many models with several different headlight systems of varying quality.”

It’s possible that OEM advances could increase part cost and or/repair complexity. However, the IIHS has also previously found headlight cost didn’t always correlate with performance, and it on Tuesday reported signs that OEMs were consolidating toward fewer headlight styles. IIHS active safety testing manager David Aylor noted Tuesday that Audi this year dropped the A7’s most expensive headlight option — which was the worst performer in the car’s portfolio.

Finally, the IIHS’ work on headlights also demonstrates to repairers the importance of proper headlight aiming — with OEMs themselves previously found in need of improvement here.

The IIHS also noted that the Honda Odyssey cut two “inferior” headlight choices for 2021 and reached Top Safety Pick+ with its single standard headlight setup accompanying the 2021 refresh. The BMW dropped a “marginal” 5-Series headlight offering and now scored “good” in all standard trim formats with the revamped headlight rolled out in a 2021 refresh.

“More manufacturers are going to a single headlight package for many 2021 models, which is a big win for consumers,” IIHS President David Harkey said in a statement. “Sometimes, taking an inferior piece of equipment off the market is as important as the invention of a better one.”

Aylor said the IIHS had begun to see a trend of OEMs “streamlining” a few headlight options into a “single standard headlight.” He called such consolidation a positive development for auto body shops, for repairers wouldn’t have to keep track of as many variants. 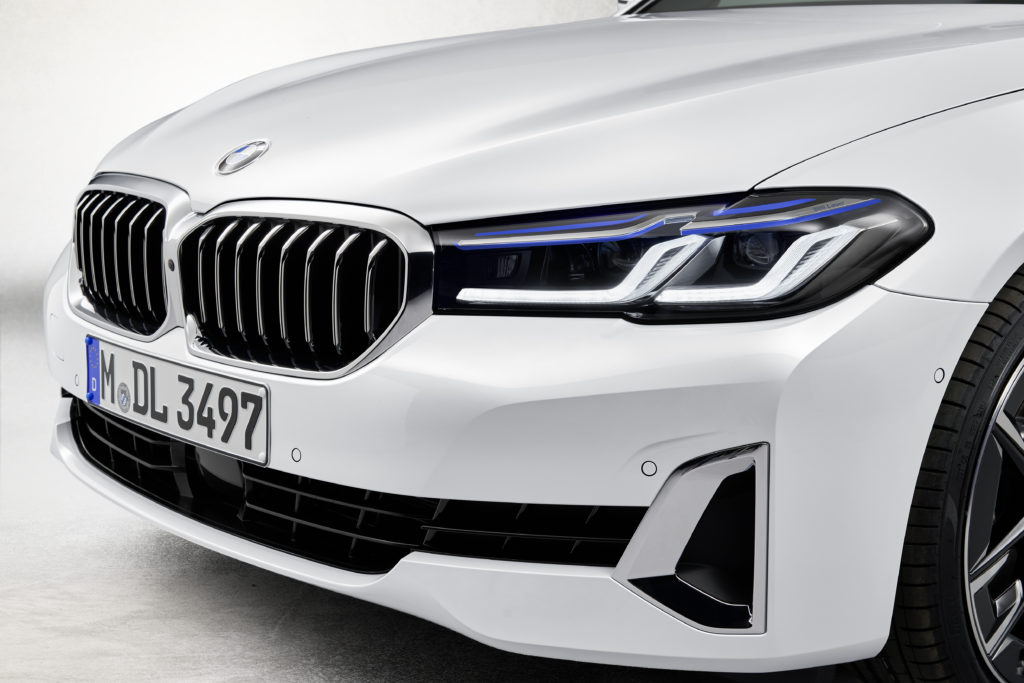 The IIHS awards bonus points in its headlight testing to OEMs who offer the ADAS feature of automatic high beams.

This technology involves systems smart enough to automatically activate the brights during low light conditions but switch back to low beams whenever oncoming traffic would be blinded. (Research finds drivers typically don’t use their high beams as much as they actually should, accoridng to the IIHS. Thus, delegating to an AI can wind up yielding better visibility than humans would give themselves.)

Aylor said the IIHS had encountered a “huge increase” in automatic high beams, and this could be partly attributed to the organization’s testing.

However, he said the increase in autobraking also prompts OEMs to include the sister advanced driver assistance system. According to Aylor, the camera used to alert an automatic emergency braking system to hazards also can be deployed for automatic high beam systems. Once you put AEB capabilities on a vehicle, it’s kind of a “no-brainer” to add the AI high-beam software too, he said.

Aylor said OEMs also continue to deploy adaptive swiveling headlights, which automatically adjust their beam along with the road’s curves. But he described the penetration of such technology as relatively low, perhaps one or two out of every 10 vehicles.

The IIHS doesn’t award extra points for the technology in the manner of automatic high beams, and the IIHS’ curve illumination testing is technology-agnostic, according to Aylor. OEMs can certainly pass with auto-swiveling headlights, but they can also achieve the necessary performance with wider beam patterns, he said. 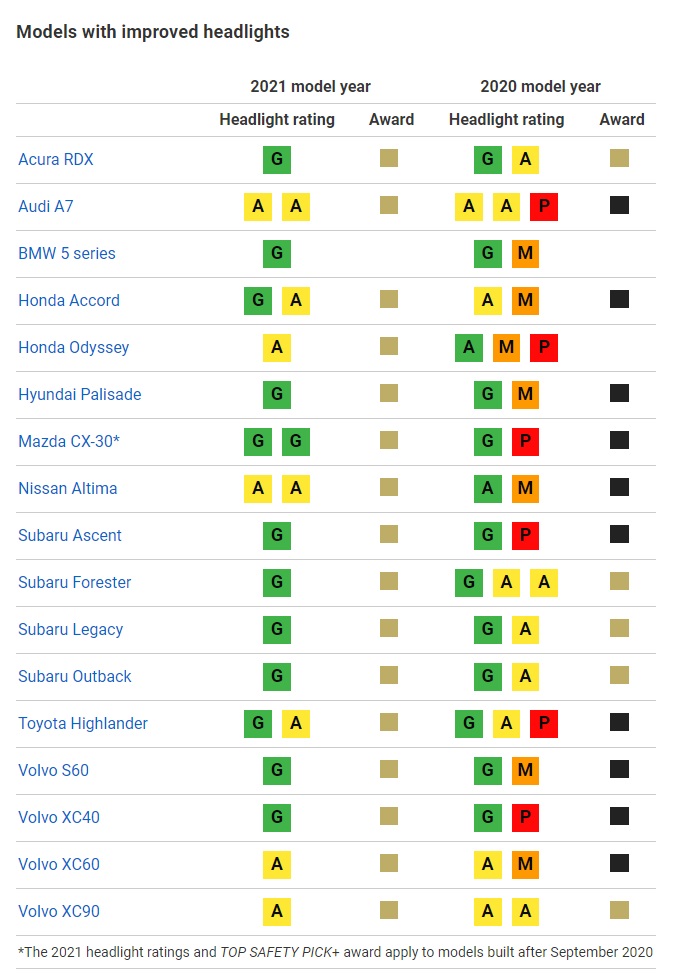 Some headlights are designed so badly that proper aiming is irrelevant, according to Aylor. Automakers are trying to weed out those parts, he said. The next step would be aiming itself, which helps deliver the necessary balance of illuminating the road without blinding oncoming traffic with glare, he said.

He noted that the compounding of tolerances of variables including the lamp, its mounting to the vehicle and its aim can pose a challenge for automakers.

“All of that tolerance builds up,” he said.

The IIHS pulls a representative sample from dealership lots for its testing, and Aylor said he thought “OEMs don’t want to take the risk” it’ll capture a poorly aimed light. Automakers seek to tighten tolerances in response, according to Aylor, who said he thought OEMs did so during the first couple of years of the IIHS headlight testing.

We asked if the IIHS had evaluated aftermarket headlights, which could theoretically run into tolerance issues in reverse-engineering OEM version. Aylor said no, for there was still a “long way to go” for the automakers and a need to “win that battle first.”

OEMs can adjust the horizontal and vertical aim in the factory, but repairers are only able to adjust the vertical, he said. He said aiming operations still can arise when OEMs switch to LED headlights.

The 2021 BMW 5-Series refresh features a single revamped and IIHS good-rated headlight across all trims. A headlight on a 2021 BMW 540i is shown. (Provided by BMW)

The Insurance Institute for Highway Safety on Dec. 15, 2020, reported that multiple OEMs ” have improved their 2021 headlight offerings by eliminating or modifying inferior choices.” (Provided by IIHS)