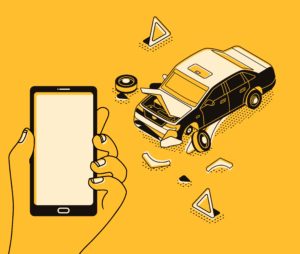 WIRED magazine on Monday took a look at the insurance industry’s switch to photo-based estimating and photo estimating artificial intelligence — as well as body shops’ criticism of the concepts.

The article presents the broader trends and features multiple collision industry voices highlighting discrepancies between photo-based estimates and what the shops actually detect:

“I’d say 99.9 percent of the estimates are incorrect,” says Jeff McDowell, who owns Leslie’s Auto Body in Fords, New Jersey. “You can’t diagnose suspension damage or a bent wheel or frame misalignment from a photograph.” …

During the pandemic, insurers have turned to estimates based on customers’ photos for all sorts of collisions, even severe ones. Insurance companies sometimes consider these estimates “starting places” for in-person repairers. But body shop owners say that customers get frustrated at them when the insurer’s initial estimate is lower than the repairer’s quote—in some cases, by thousands of dollars. Repair shops get stuck in the middle. The shops don’t know when artificial intelligence has been applied to the estimates they receive. But whatever’s happening, they say, isn’t consistent. (Emphasis WIRED’s.)

This last paragraph raises an interesting question for repairers, insurers, consumers and lawmakers to consider.

The overarching shop complaint remains the same: Damage detectable by an in-person human appraiser is overlooked in photo estimating. If true, this becomes even more concerning in situations where shops work blindly off the insurer’s estimate or lack a second pair of physically present eyes on the car. The WIRED article suggests one or both of these might be happening:

Incomplete estimates can lead to incomplete repairs. Motorists sometimes bring their vehicles to Hernandez Collision Repair to make sure work done by other shops was done properly. The company’s two shops in southeast Georgia have seen more shoddy or incomplete work during the pandemic, says April Hernandez, whose family owns the business. She attributes the change to photo-based estimates and the AI that’s applied during the process. “I feel like it’s getting worse as time goes on,” she says.

However, using a human and using an AI are two very different means to achieve a photo estimate. The WIRED article shows how body shops have no way of knowing which one was used. Without that knowledge, repairers — and consumers and regulators — can only guess whether AI photo estimating produces the same problems shops report with traditional photo estimating.

Perhaps this disclosure would be something to include on the estimate along with the rest of the 10-point notices and disclaimers. State whether the sheet was completely human-generated or if an AI partially or completely wrote the initial estimate. Then shops, officials, information providers, etc., could truly compare these methods of inspection to each other, to in-person adjusters and to the shop’s final repair plan.

CCC data indicates that less than 5 percent of claims used photos in 2016, and supplements occurred 49.2 percent of the time that year. By 2020, 21 percent of repairable vehicle claims were handled with photos, and the supplement rate was 60.9 percent. It’d be interesting to see if there’s any correlation there or if the supplement rate increase would’ve happened anyway given other macro trends, such as like vehicle complexity or better-educated body shops catching more things insurers would miss anyway.