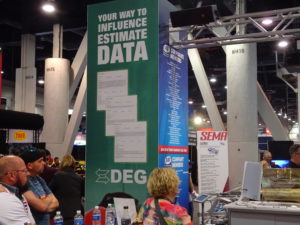 Here’s our latest monthly roundup of areas spotlighted as tip-worthy by the DEG. To receive the tips as soon as the DEG releases them, like/follow the DEG’s Facebook and Twitter feeds. (It also posts videos to a YouTube channel once in a while.) Or just browse the more than 18,000 inquiries and responses in the database and see what else you learn.

The Database Enhancement Gateway reminded repairers in a March 8 tip that OEM safety inspections might be required but “are NOT INCLUDED” in the estimating system labor times.

It also reminded repairers that certain safety inspections require a physical inspection — they “cannot be verified by scanning.” According to the DEG, these include:

• Measure steering column to confirm it has not collapsed

The DEG said Audatex’s P-pages listed “Diagnosis and testing of electronic components or systems (e.g., airbags)” among its not-included items.

The implication seemed to be that other testing or inspection wasn’t included either.

As for CCC, the DEG quoted a 2018 inquiry in which a user had asked if safety inspections on a 2018 General Motors pickup were included in CCC labor times. The user also asked where inspections were discussed in CCC’s “Motor Guide to Estimating” P-pages.

“After review of the concern, ‘Vehicle Safety Inspections’ are not listed the MOTOR Guide To Estimating and is not an included operation,” CCC replied.

We should also point out that Mitchell’s P-pages have a nice feature on what airbag and supplemental restraint system inspections and replacement might be necessary on many different OEMs’ vehicles following a collision. It’s not going to be a substitute for the actual live OEM repair procedures — Mitchell even says as much — but it’s still a neat feature estimators and adjusters could use to bone up on the topic or educate customers. 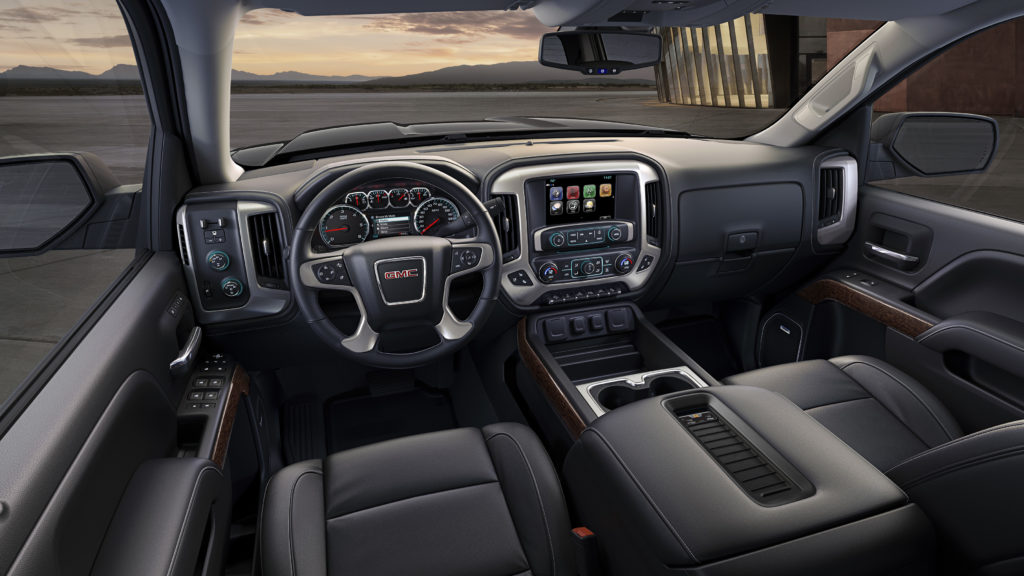 Audatex: Prime and block not included on unexposed welds

“Audatex recognizes that Feather/Prime/Block are required operations when replacing welded-on panels,” Audatex writes in its P-pages. “Time to perform this operation is included in the Audatex time for welded panel replacement in the seamed areas, to bring the panels to the condition of a new, undamaged panel for the purpose of refinish. Although the time is included, Audatex does not provide a material allowance for the Feather/Prime/Block process. If necessary, the determination and assessment for materials is best provided by the estimate preparer for consideration and allowance during the estimate preparation process.”

“In summary, Prime and block is only included on exterior welded on panels, such as a quarter panel installed at the OEM designated seams, or exterior aperture panels replaced at the welded seams,” the DEG wrote.

A DEG user in a March 9 inquiry had complained that 1.5 hours wasn’t enough time to replace a 2021 Jeep Wrangler frame rail extension.

“Per the FCA/MOPAR instructions, they make no mentions of having to perform the included operations, so we feel any r/i to gain access for this specific component should be an on the spot judgement to add on,” the DEG user wrote. “Once all the bolt on parts are removed, It takes approx 5.5 hours to properly remove the damaged parts, grind out all the weldmements that are inside the sleeved portion of the frame it self. We must then prepare the welding areas and align the frame part using a 3 dimensional measuring system to hold it into place in the correct spec’s. Once the rail extension is held in place, we then need to TACK weld the part in place, then go back and stitch weld all around the weld and clean up the weld joint up to 150g. Once the joint is cleaned to 150g, we will then need to prime and block the joint in the immeadiate welded seam (which audatex states is included in the 1.5 hours). After prime and block of the welded seam is complete, then the preparation to bring the frame to new and undamaged ready for refinish and additional corrosion protection needs to be done. Metal is approx 4mm thick and HSS. The cutting of the damaged portion is a time consuming process especially since its sleeved inside the rail and the removal of the inner area is limited with tooling due to size of the opening. Additionally, Rail Ext only allows .3 Refinish.”

Audatex said the time was fine and the prime and block referenced in the inquiry wouldn’t be included here.

“We have reviewed the current OEM information for the EXTENSION,FRONT FRAME (GN 1334/1335),” Audatex wrote back. “The EXTENSION,FRONT FRAME (GN 1334/1335) labor allowance is ok as it is. All necessary operations have been considered in accordance with OEM service information and Audatex internal guidelines. In accordance with the Audatex Database Reference Manual, the labor allowance includes normal adjustment and alignment for correct fit and any duplicated effort is not included. Audatex refinish guidelines for this piece are for refinishing the complete
part as welded parts will have burn marks, and will always need to be refinished when they are replaced. Feather, Prime and Block operations are only included for exposed welds on exterior panels. No change warranted at this time.” (Emphasis added.) 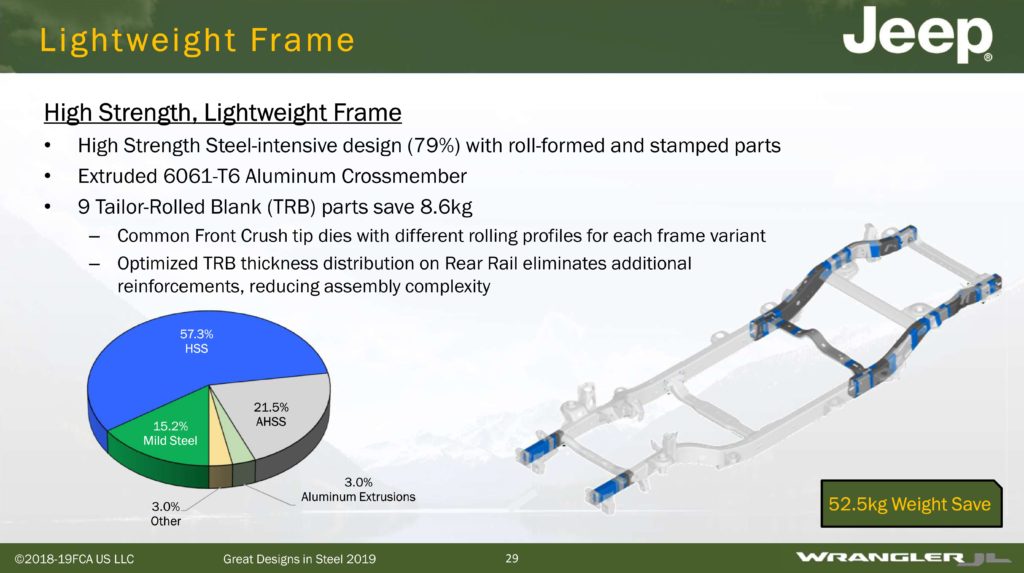 Sometimes, an OEM will apply chip/stone guard underneath the painted area on a rocker, according to the DEG.

“There may be instances where a repair may only need to refinish or blend over the textured areas,” it wrote in a March 22 tip. “Refinish Times in all three estimating systems do not account for any additional labor that may be needed to properly prep the textured areas with peaks and valleys in the texture.”

The DEG collected responses from all three information providers on this point in a March 16 inquiry regarding refinishing an 2009 Audi A5 quarter panel. The user said the rocker panel had “both non applied stone guard and rough texture stone guard.”

Such extra care was necessary to “not burn thru the refinish top coats on the stone guard,” according to the user.

Audatex said this wouldn’t be included.

“We have reviewed the current information for the stone guard,” Audatex wrote. “Per the database reference manual refinish exclusions, the stone guard is not included in Audatex refinish times. The database reference manual also states that the removal of protective coatings, or other materials impeding replacement, R&I, or refinishing of parts is not included. No change warranted at this time.”

CCC said the refinish labor wouldn’t include that additional prep. “After review of your concern, the extra prep time for the area with stone guard would need to be an “On the Spot Evaluation” mutually agreed upon by estimators,” the information provider wrote.

Audatex users can convert their software into Qapter, Solera’s new brand for estimating, with a new update. According to the DEG in a March 28 tip, one improvement in changing to Qapter involves “the ability to search for part descriptions, guide numbers and part numbers to quickly locate and add parts into the estimate.”

The DEG said users can click on the magnifying glass icon to start searching.

“Users can add part description or part number for the database to pull up applicable items,” the DEG wrote.

The DEG provided this handy little .gif illustrating the process:

CCC updated its P-pages in 2019 to clarify for headliners that “Weatherstrip D&R” was included but “Weatherstrip R&I” wasn’t. We discussed the topic with the DEG then, and the industry resource explained the distinction again in an April 5 tip.

“CCC users should note the difference between the D&R vs R&I process when performing headliner operations,” the DEG wrote. “When headliner operations are being performed, this is based on 1 continuous step. Published repair procedures on operations that require the headliner to be out of the way may not account for a full removal. If the operation requires the headliner to be loosened or removed multiple times in the process, that may result in additional labor to D&R the weatherstrip throughout various stages of repair as the process is performed multiple times. Always reference headliner footnotes for any specifics on included operations.”

The DEG also encouraged users to submit inquiries if they find examples in CCC where the “weatherstrip R&I shows as ‘INCL’ without any footnotes.”

A 2018 GMC Sierra interior is shown. (Provided by GMC)

The frame of the 2018 Jeep Wrangler is only 15.2 percent mild steel. (Provided by Jeep via Great Designs in Steel)